Sorry this is up so late. I planned on having it up yesterday but things went a bit wack.

Fall Out Boy decided to stream all of their new songs throughout the day, & I spent the afternoon in my room bundled up with a blanket watching videos and listening to their new music. 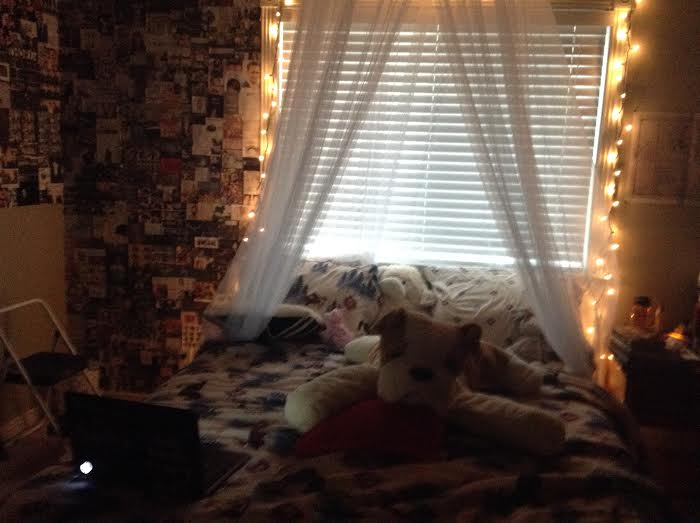 The set-up was as is above. xD

Anyways, I apologize for the odd lighting in some of the house pictures. I'm still trying to work out how to get good lighting within each room. :}

But let's get started! 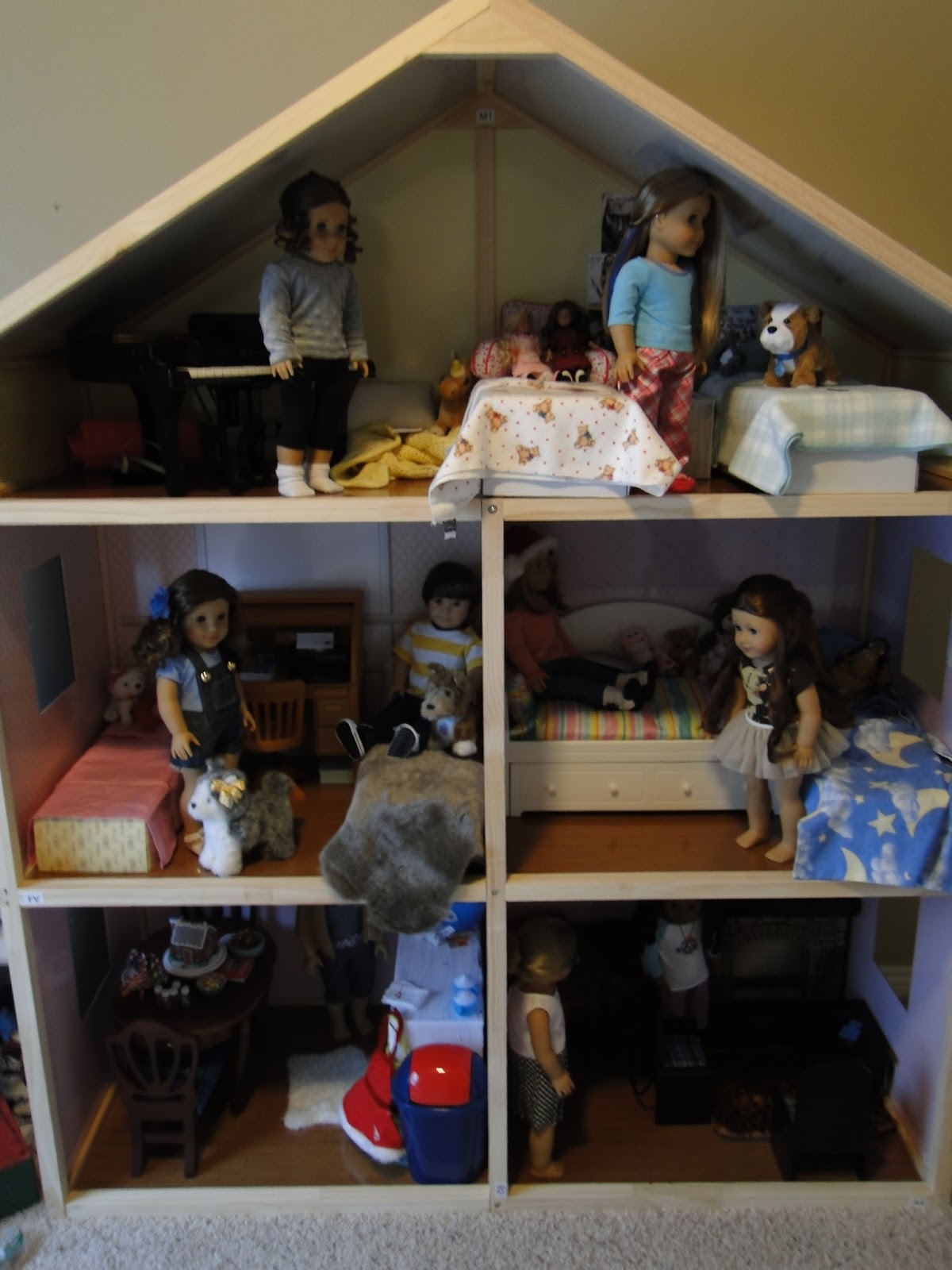 An overview of the whole thing. I'll be going top to bottom; there's the attic, two bedrooms, and then on the bottom I've done a kitchen/dining room, and a living room. 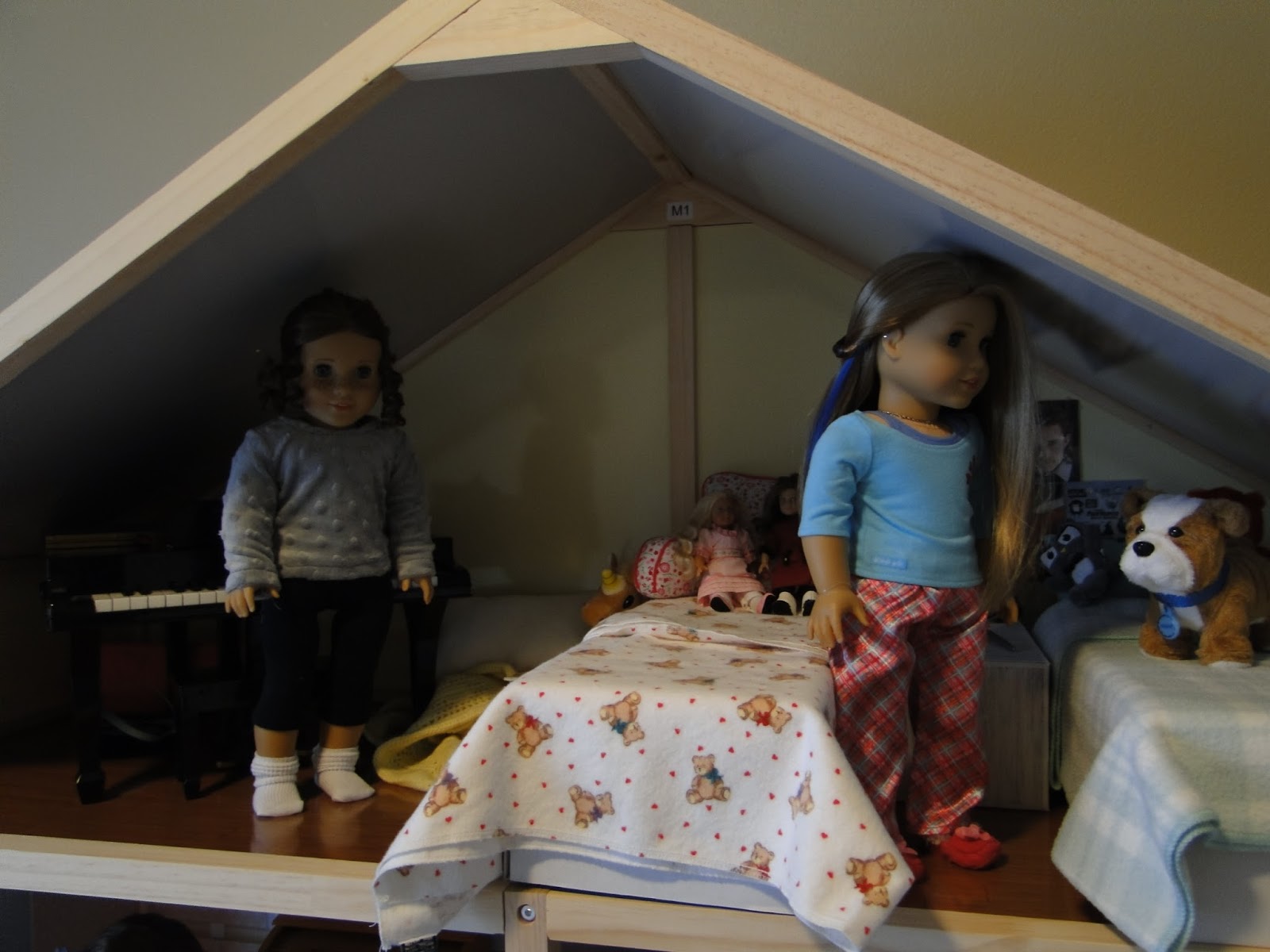 The attic space is shared by MK & Marie. At first, I was going to have Saige be up here with McKenna but then I realized I needed somewhere for Marie's piano to go. 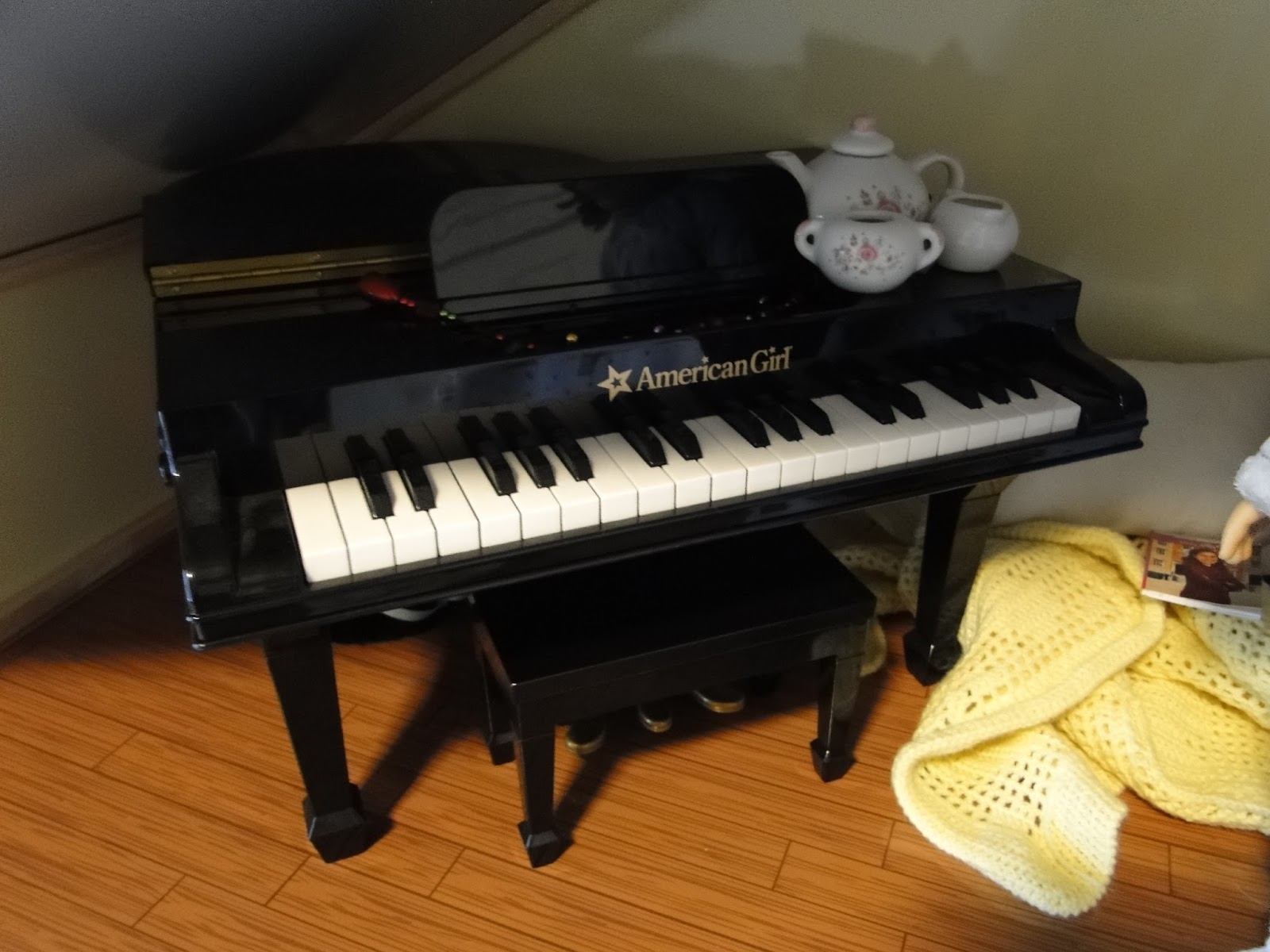 And here it is. I've put it in the corner, kind of shoved back so I still have a lot of room. 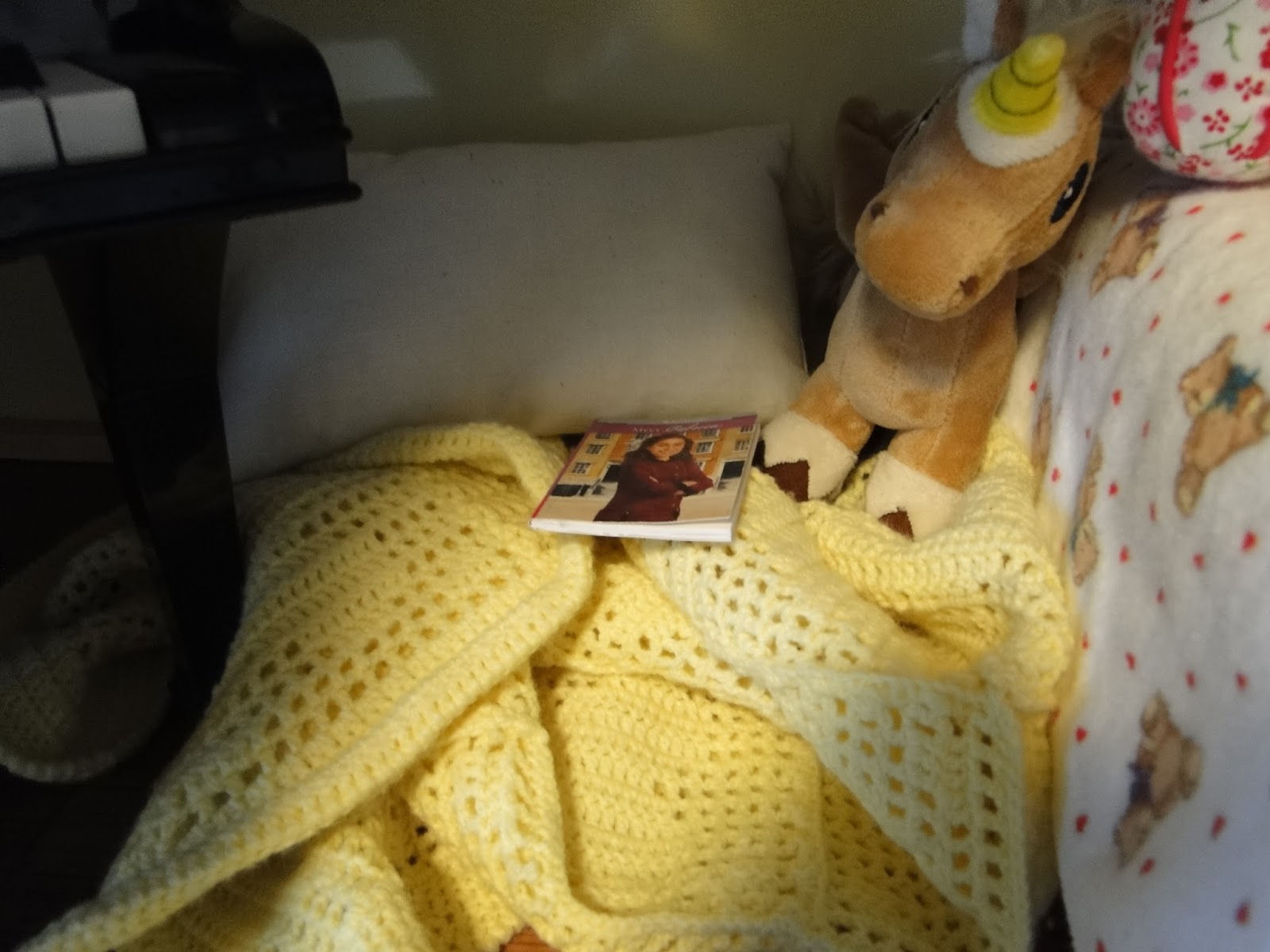 Next to the piano and Marie's bed I made a little reading area. Basically just a blanket and pillow on the floor, but it's works. xD 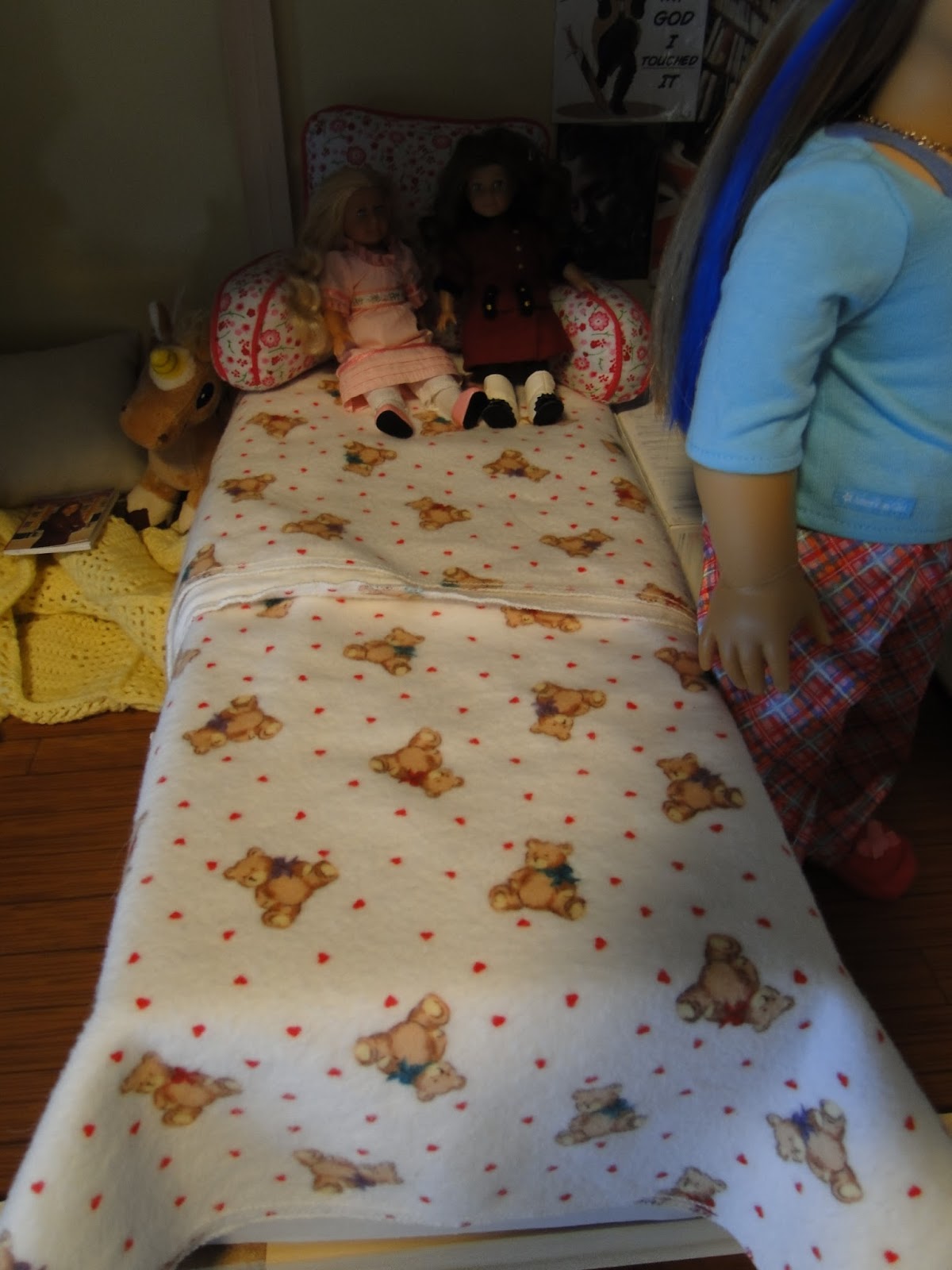 Marie's bed is closest to the piano and keeps in theme with her kind of girly attitude. Somehow she claimed both of the mini dolls... don't know how that happened. :3 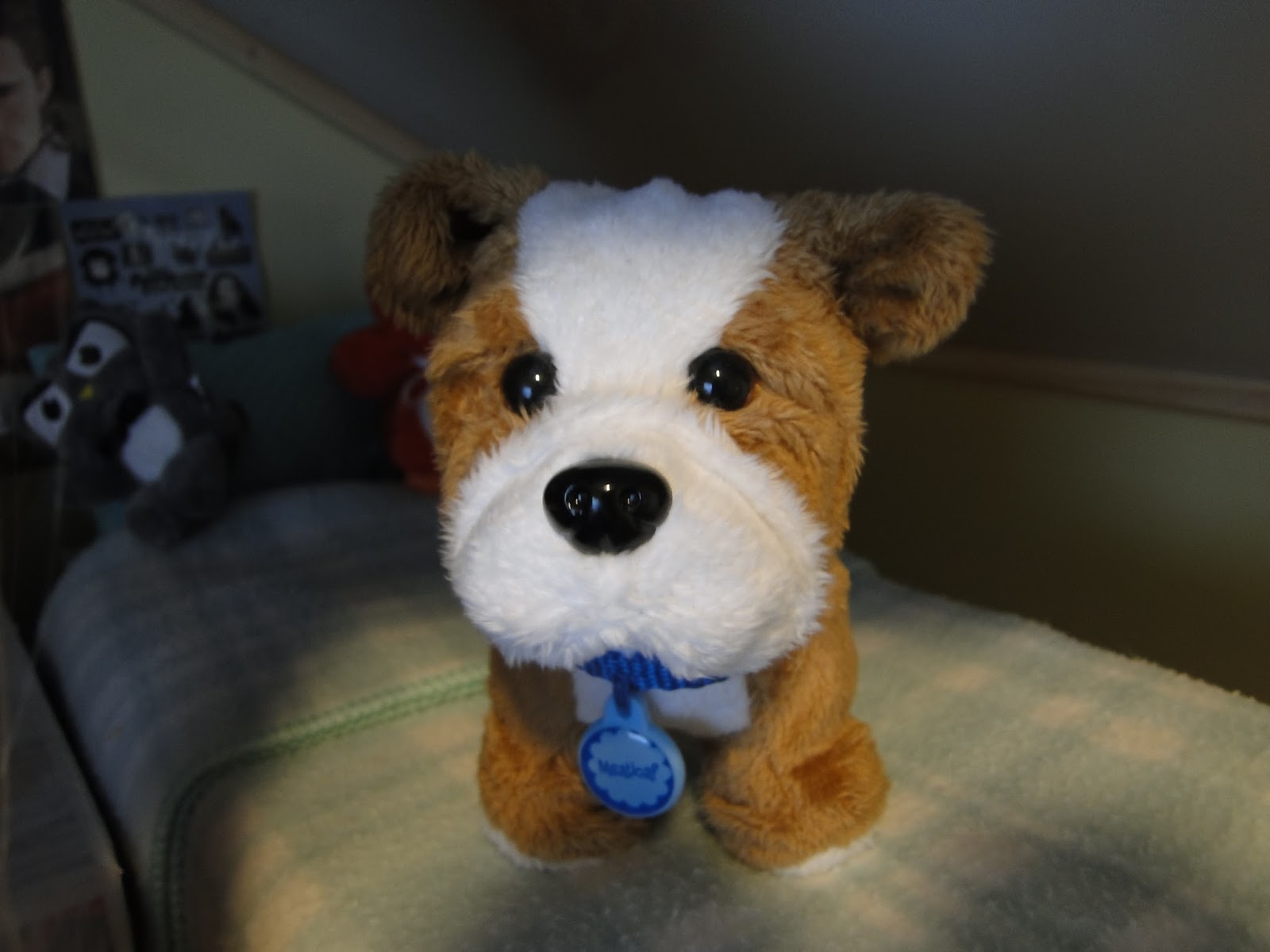 Now that there's a ton of room for the gals to have designated rooms, I've given most everybody pets. Meatloaf will be MK's dog, although I'm sure Marie will fondle over him as well. =) 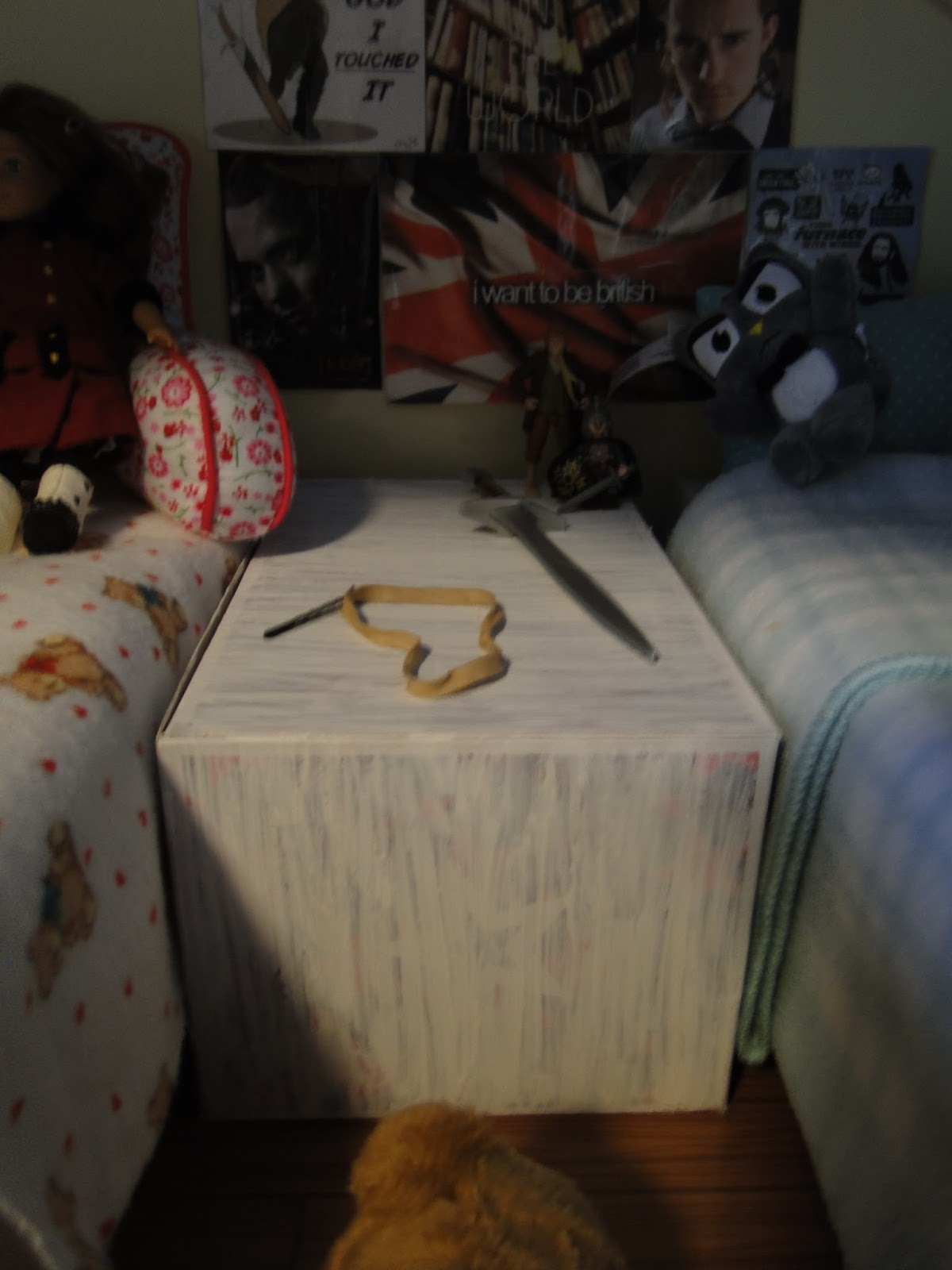 Between the two beds there's a nightstand, which is just an old AG box I painted white with acrylic paint. I think it looks fairly nice; it's at least a surface to put things on. 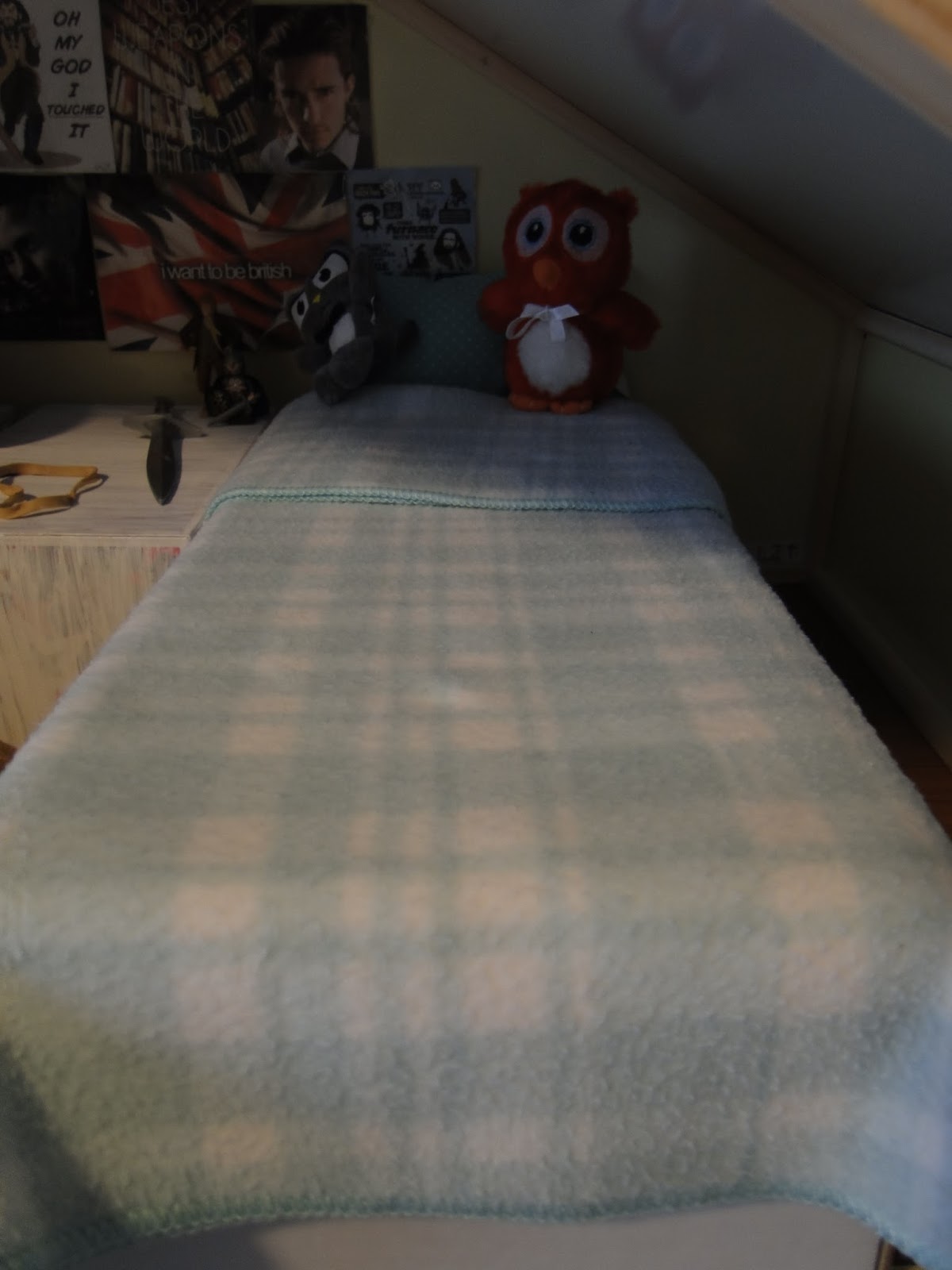 And the last piece of furniture in the room is MK's bed. She's got two random stuffed animals that I've garnered over the years, and a handsewn blue pillow. 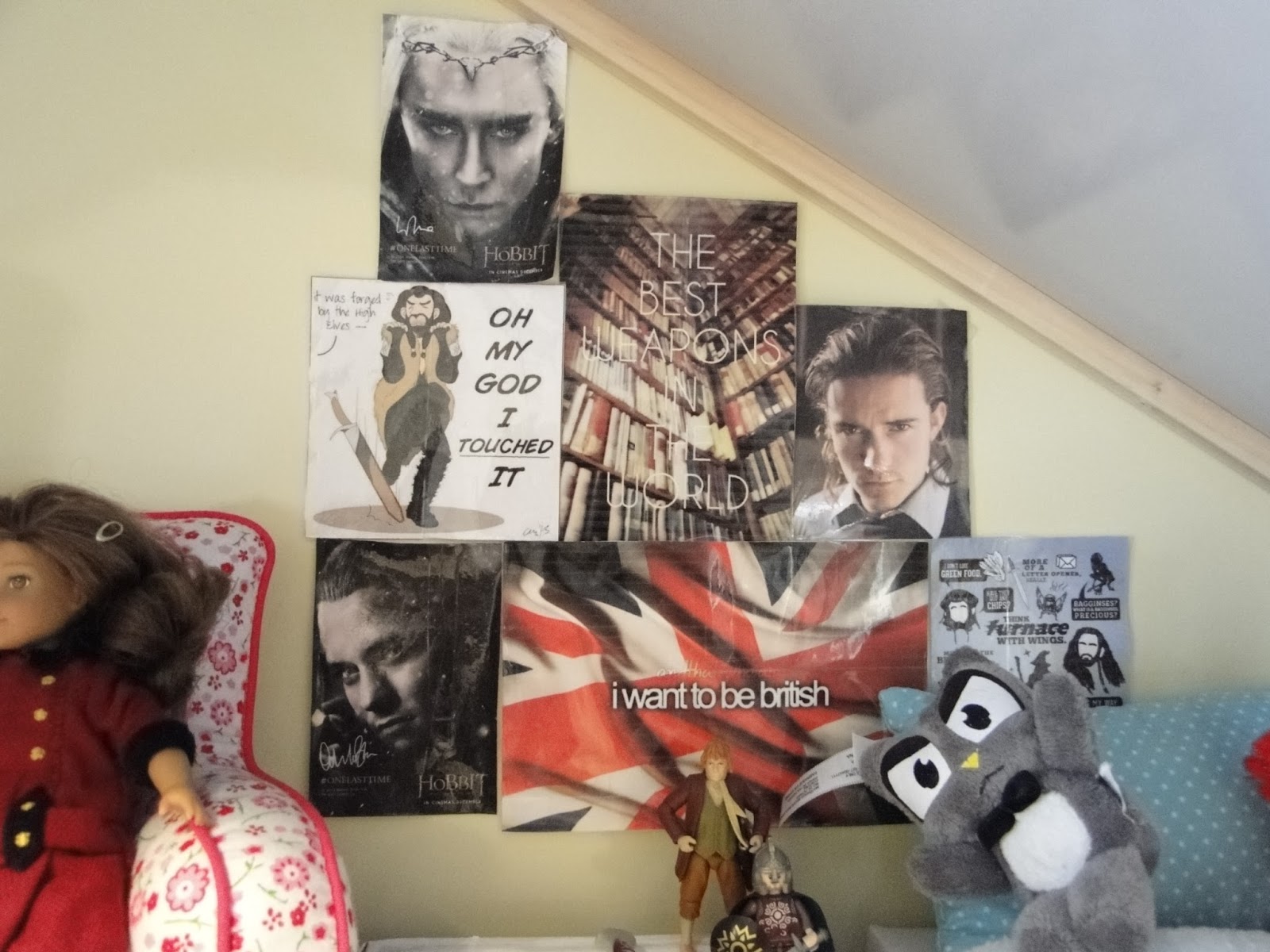 And then of course, somebody had to have a little wall of their own. It was gifted to MK, who, as I've said before, is the most like me. =) 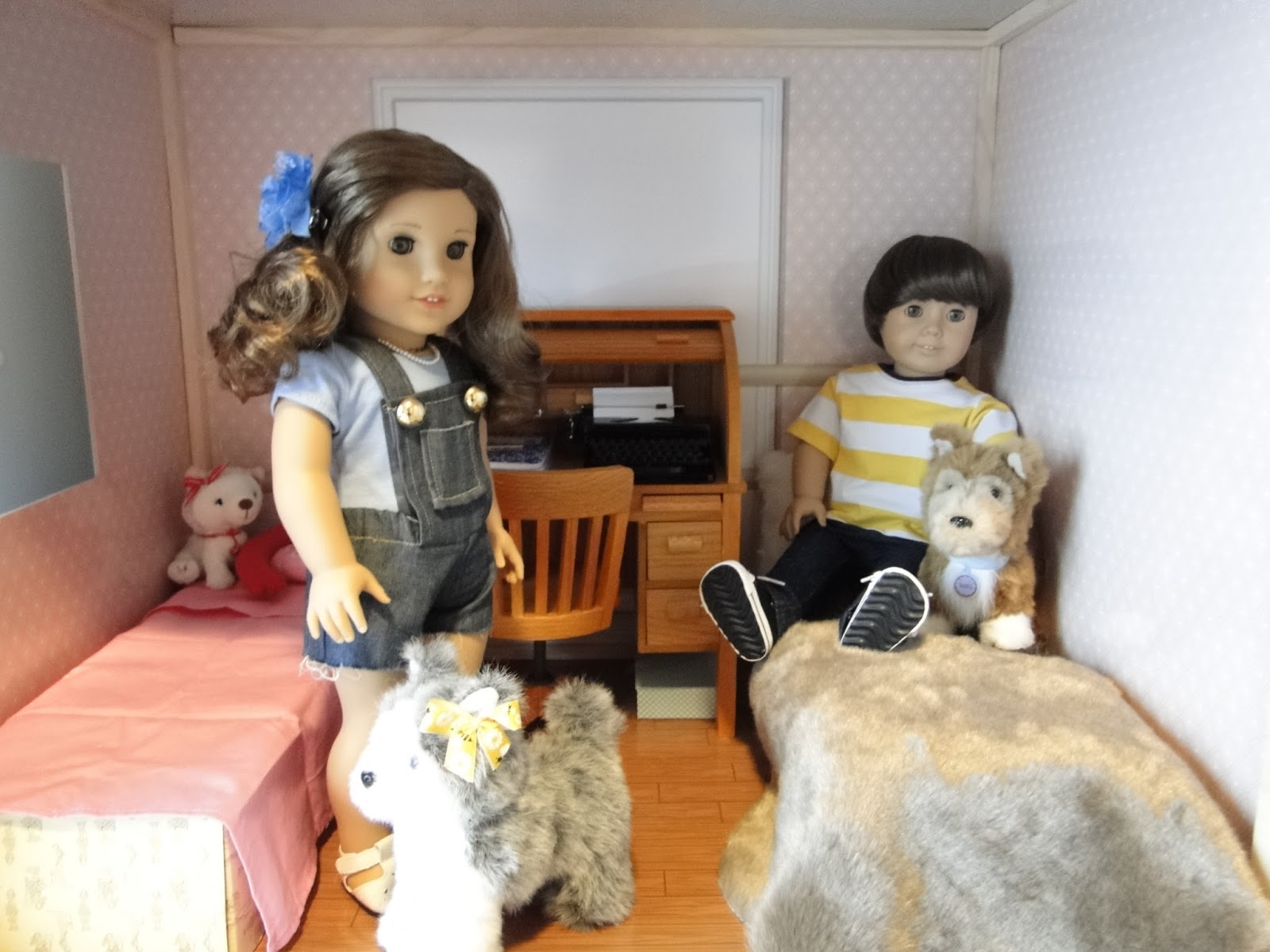 Moving down a level, the left bedroom belongs to Clara & Finley. Probably really odd to have them share a room, but I wanted both of them in the house and this was the only way I could work out how to do that. :} 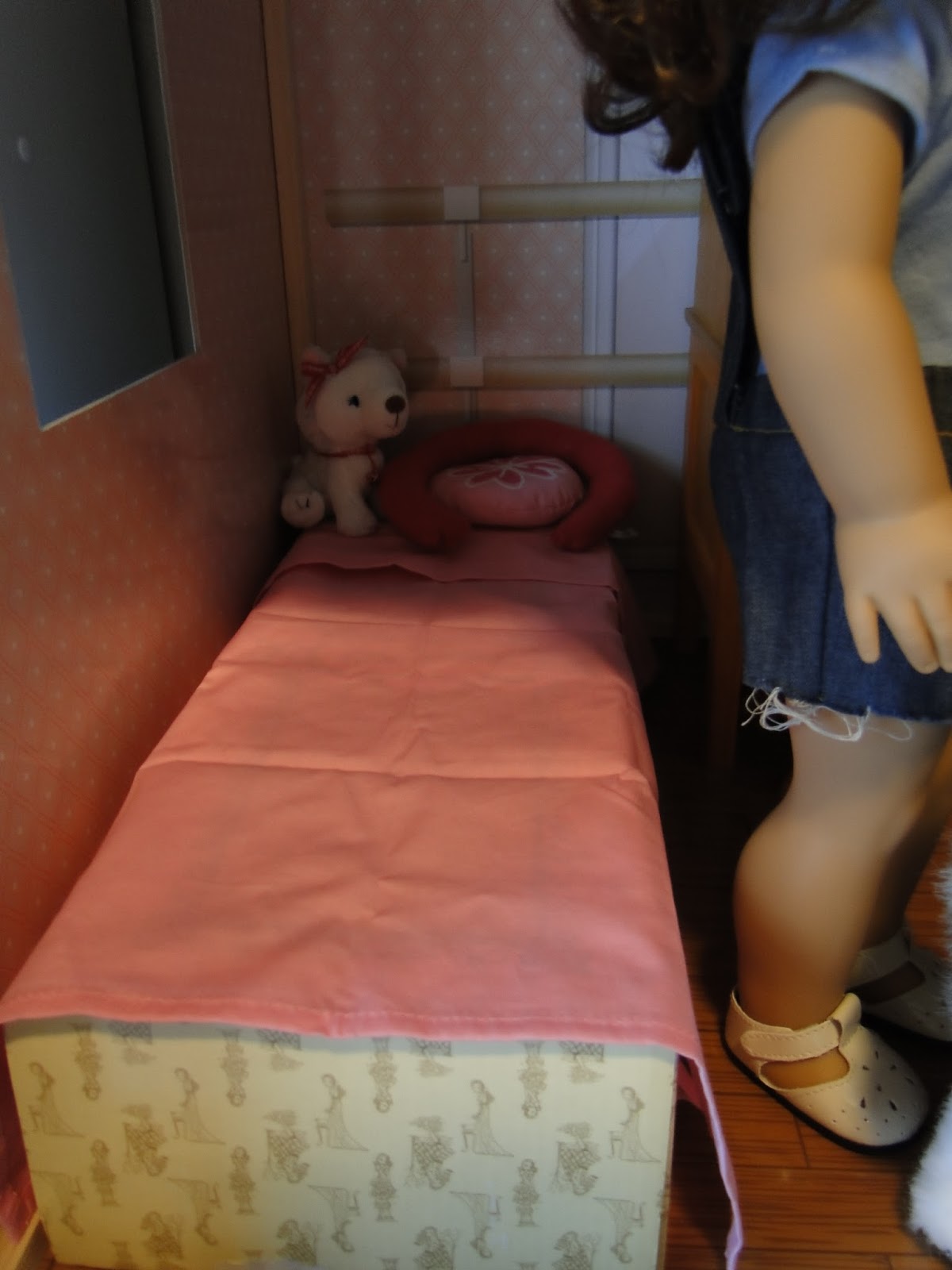 Clara's bed is kind of plain, until I break out the felt and stuffing to make a few make-shift pillows and things. She's got a stuffed animal that I bought, which was originally a Christmas ornament. I just cut the loop off and viola! xD 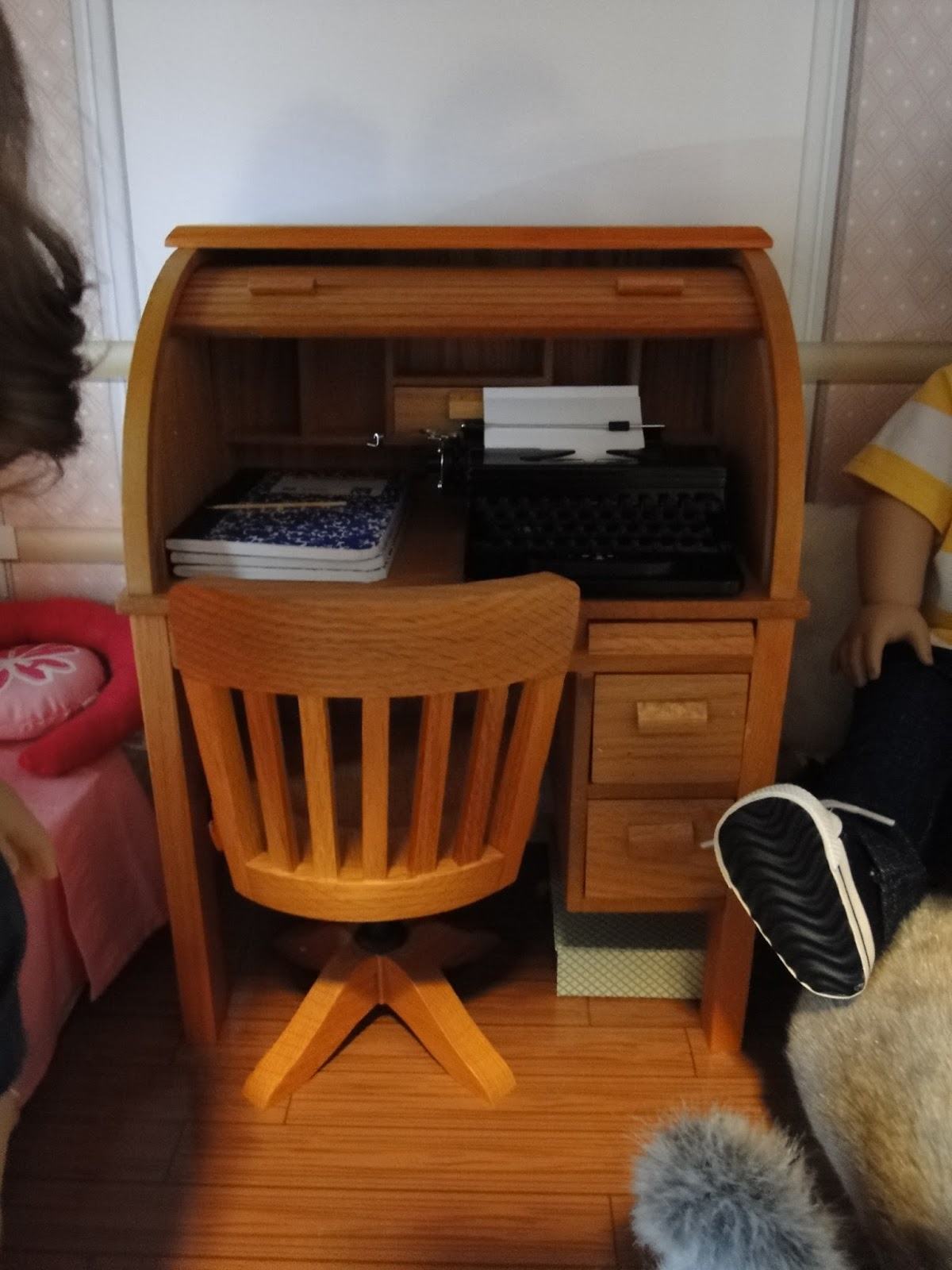 One of the Christmas gifts I forget to mention was Kit's desk. I immediately knew that the desk would go to Clara; with her fascination of historical things. 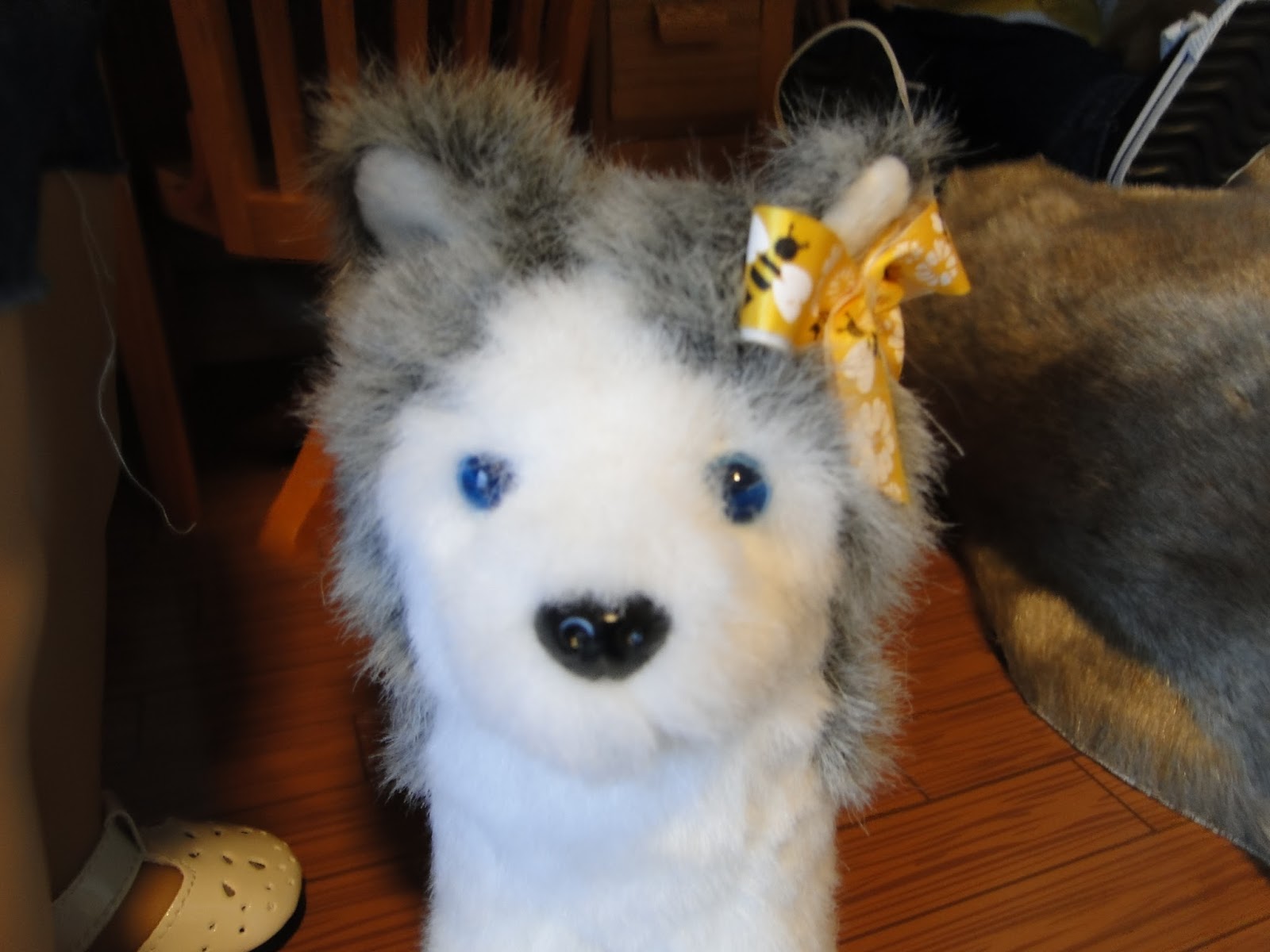 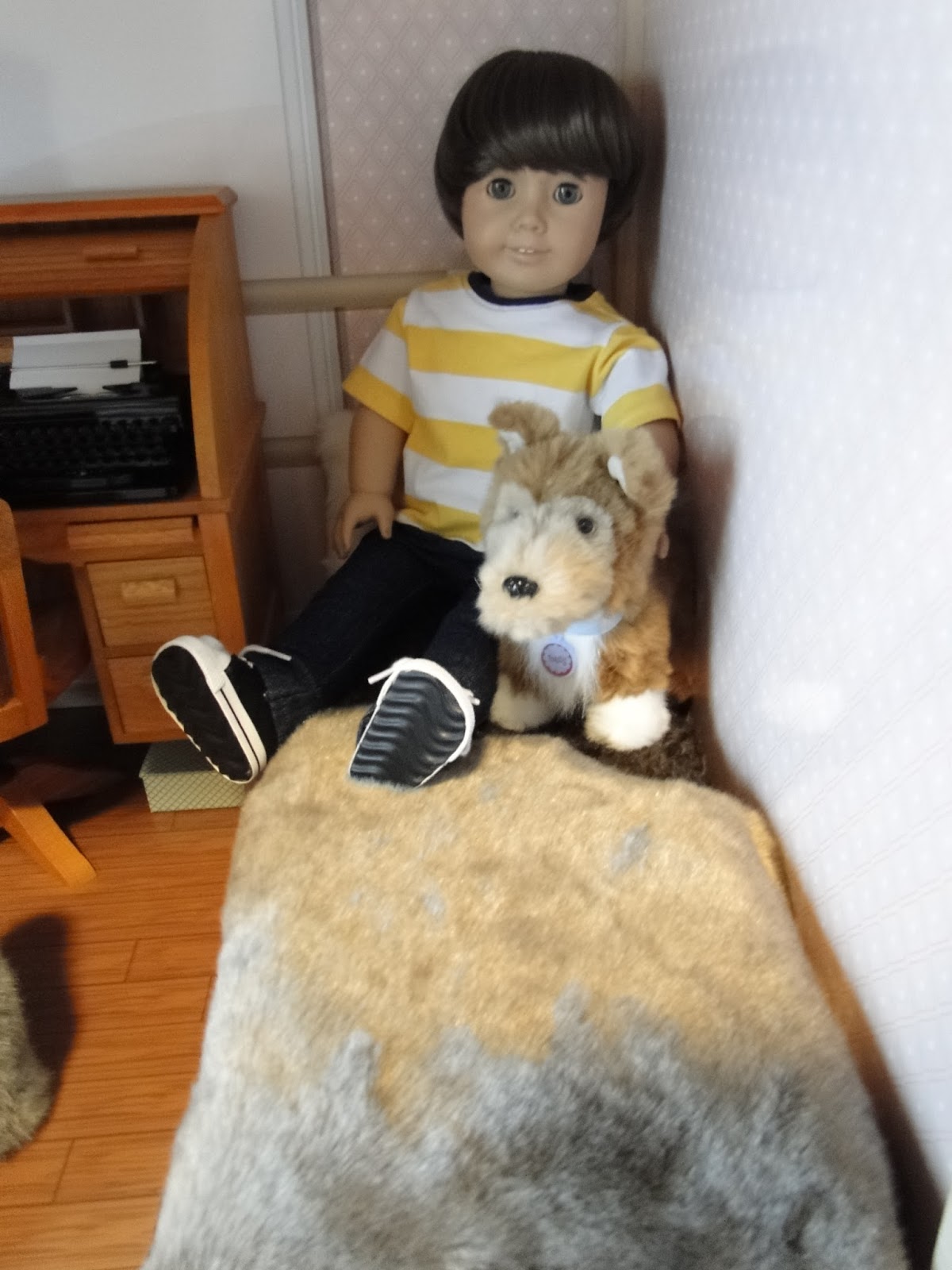 Finley's bed is to the right of the desk, and covered in all the faux furs from Kaya's bedroll set. I think it looks boy-ish enough.
Might have to cover the pink walls on his side though. xD 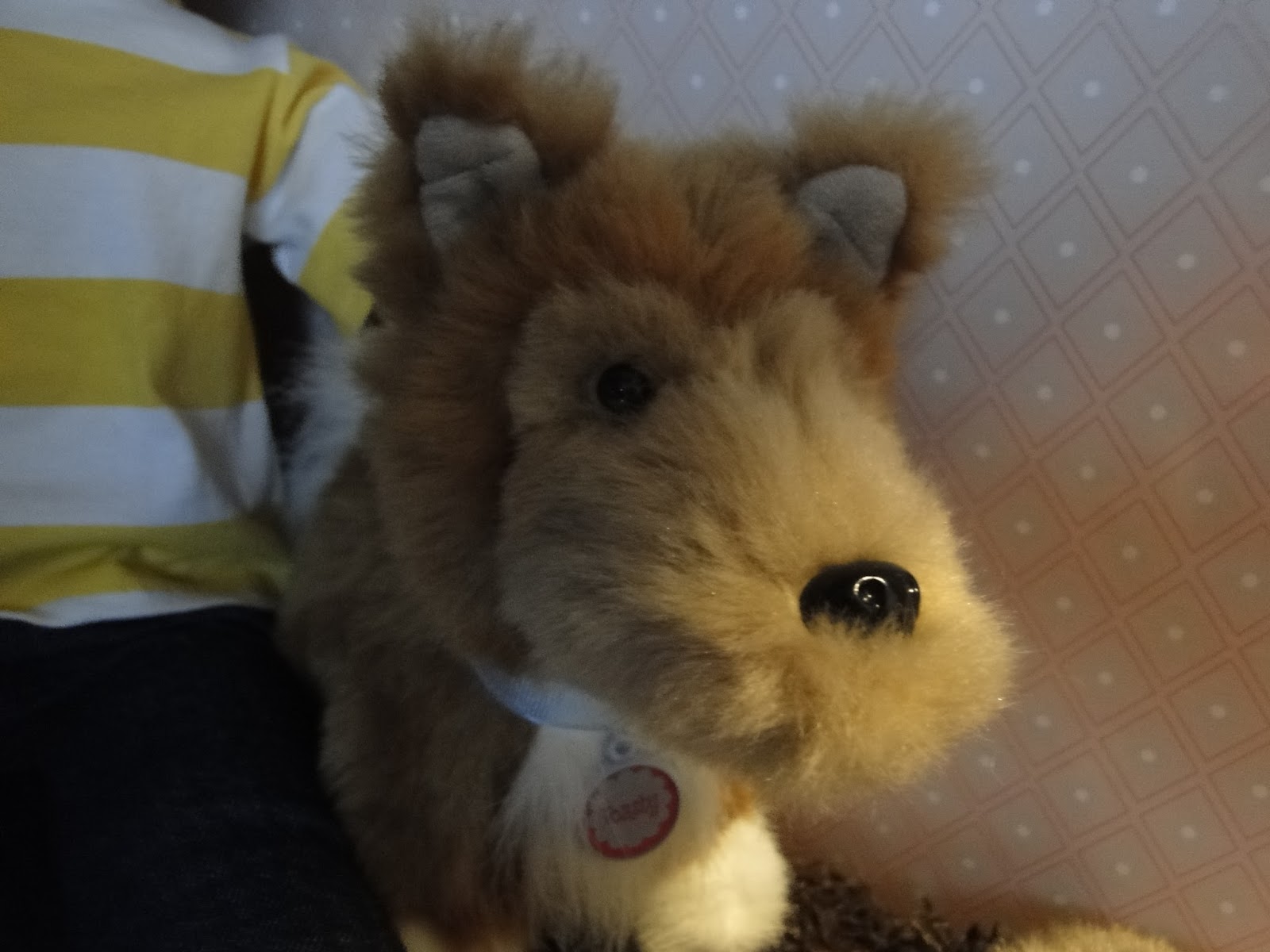 And of course, Toasty goes to Finley. ^_^ 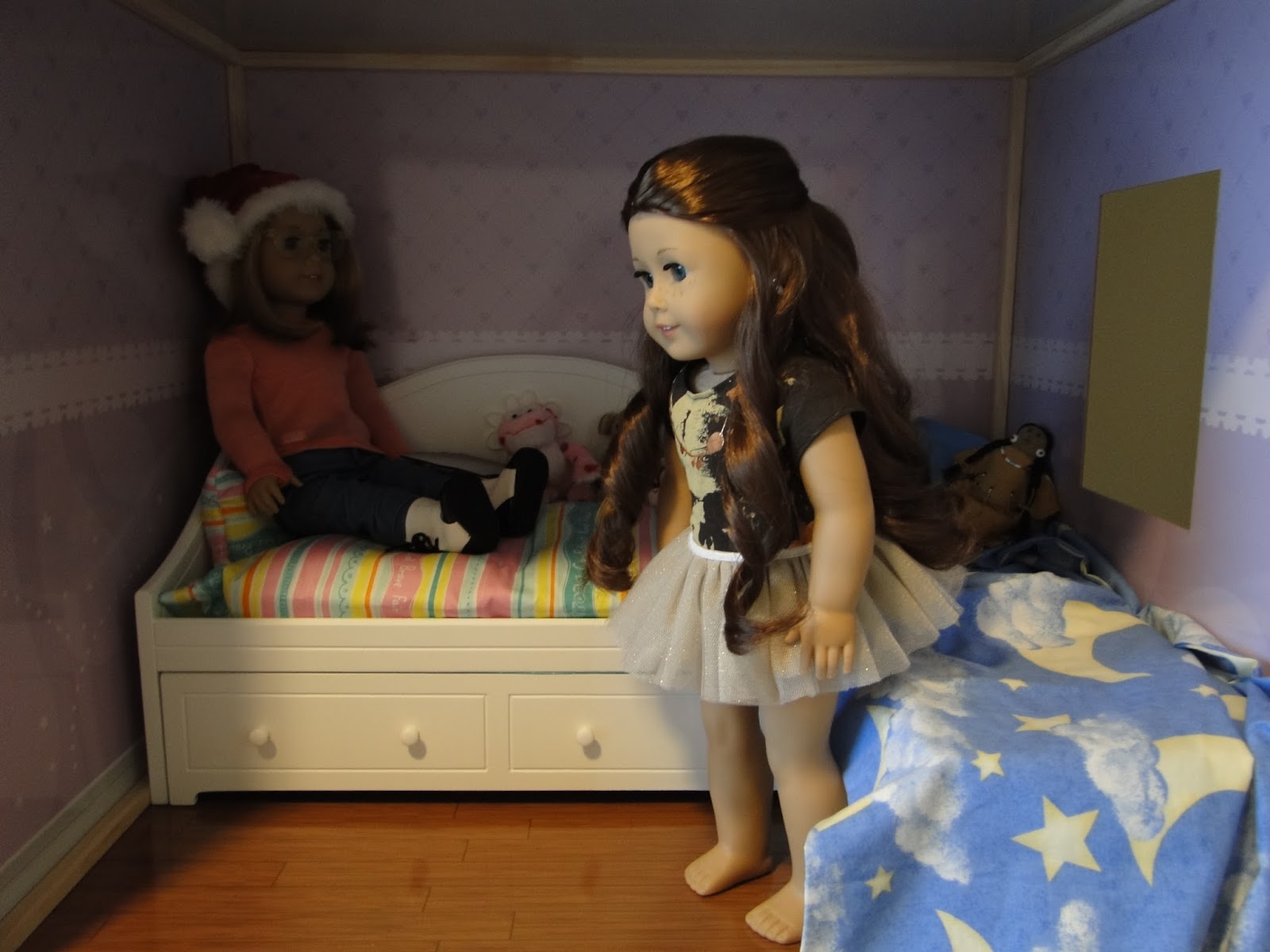 The next bedroom is reserved for the twins and Saige. 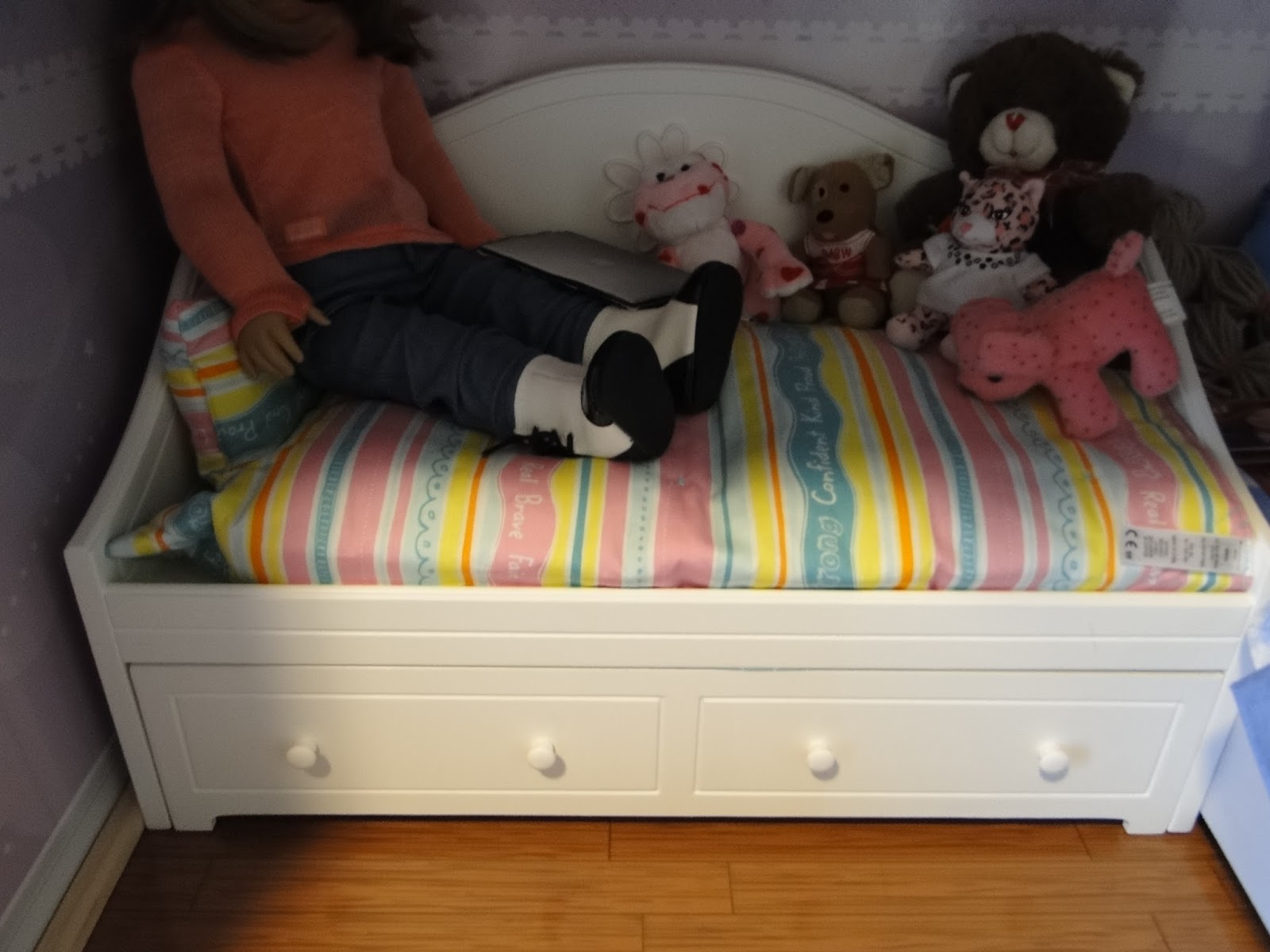 I've used the trundle bed for the twins. 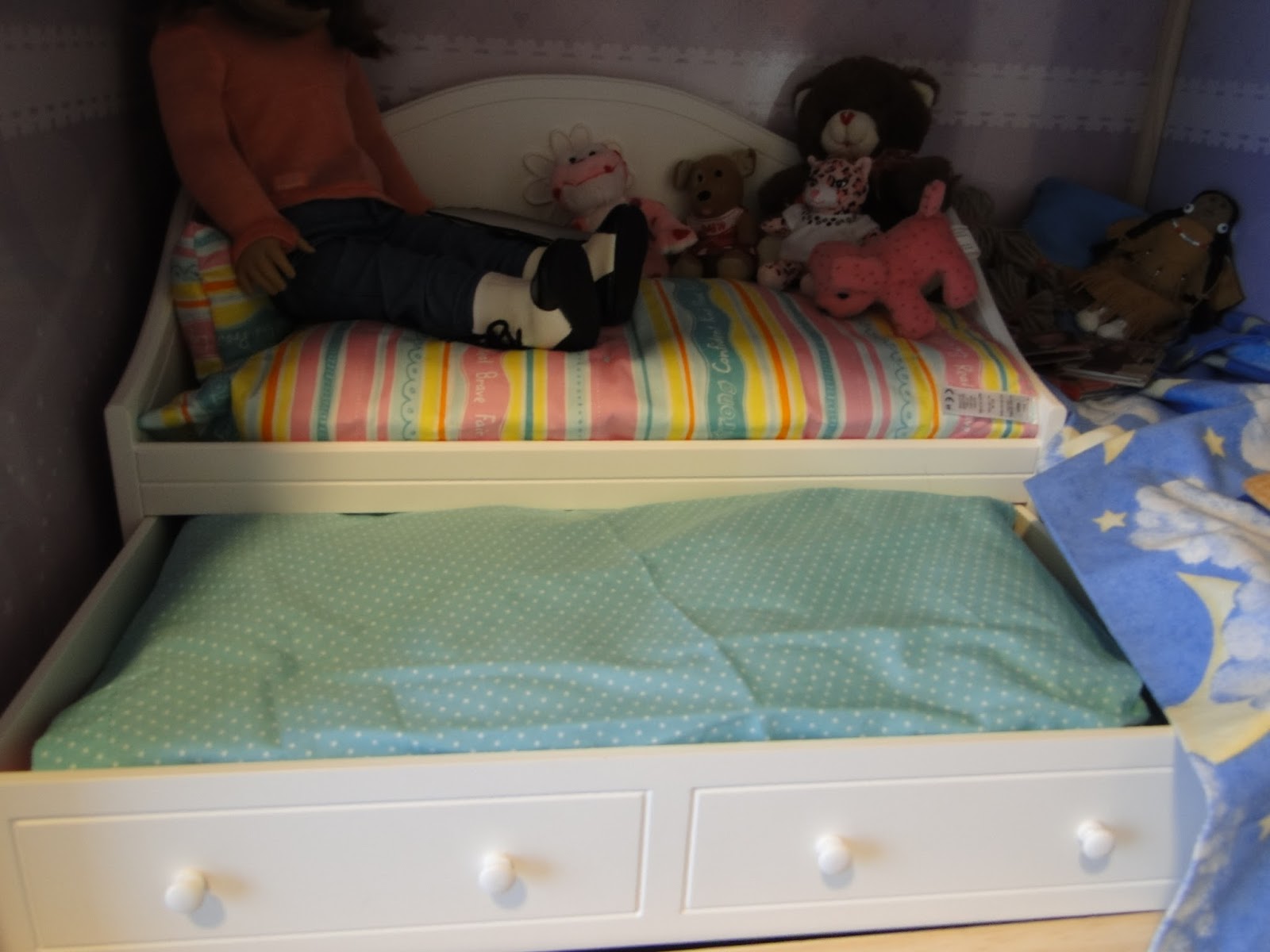 When it's pulled out there's absolutely no floor space left so I choose to leave it pushed in, unless it's needed out for a story or something. 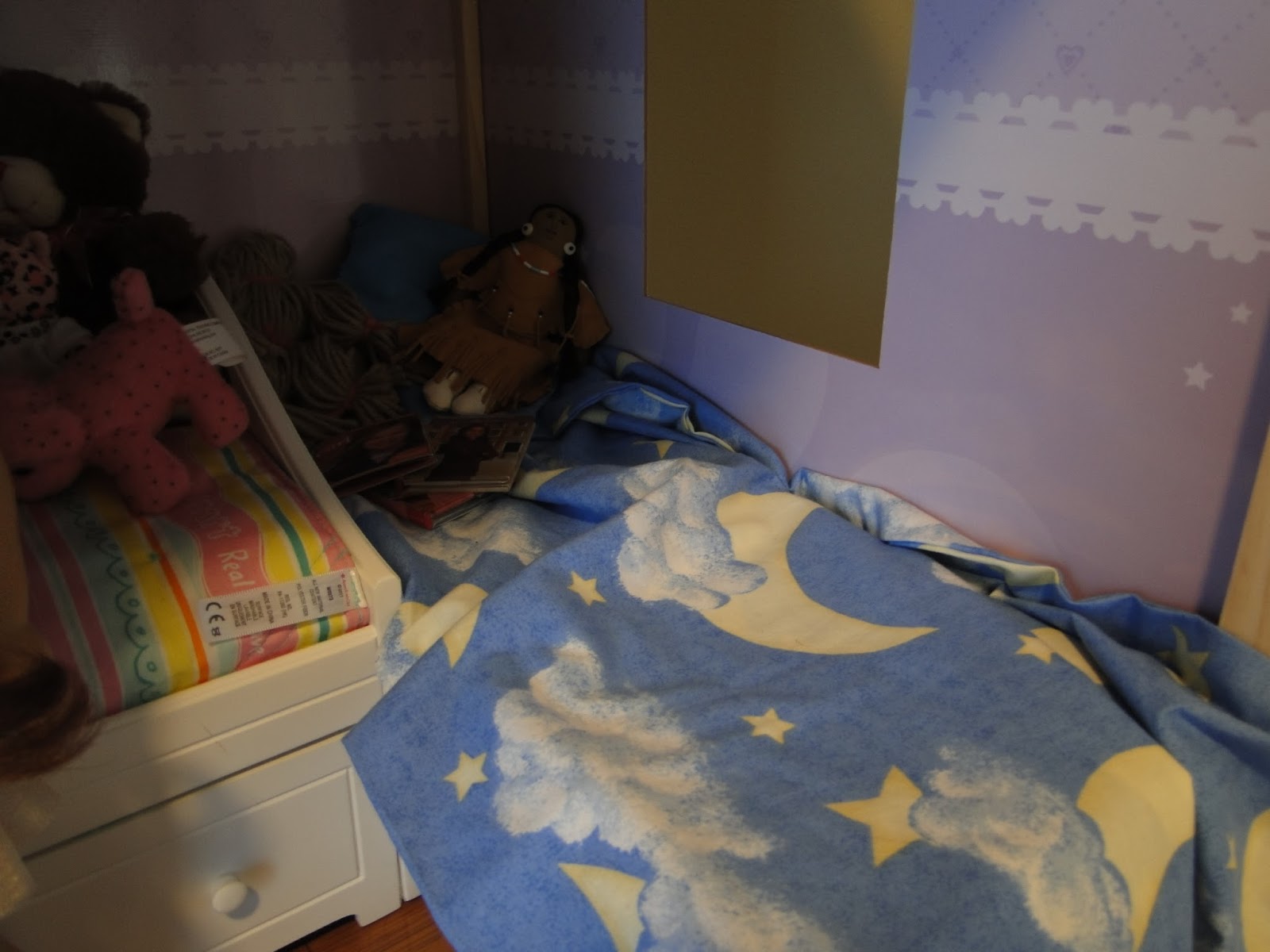 I slid an AG box in the corner and covered it with what is actually a pillowcase to make Saige's bed/a window bench area. 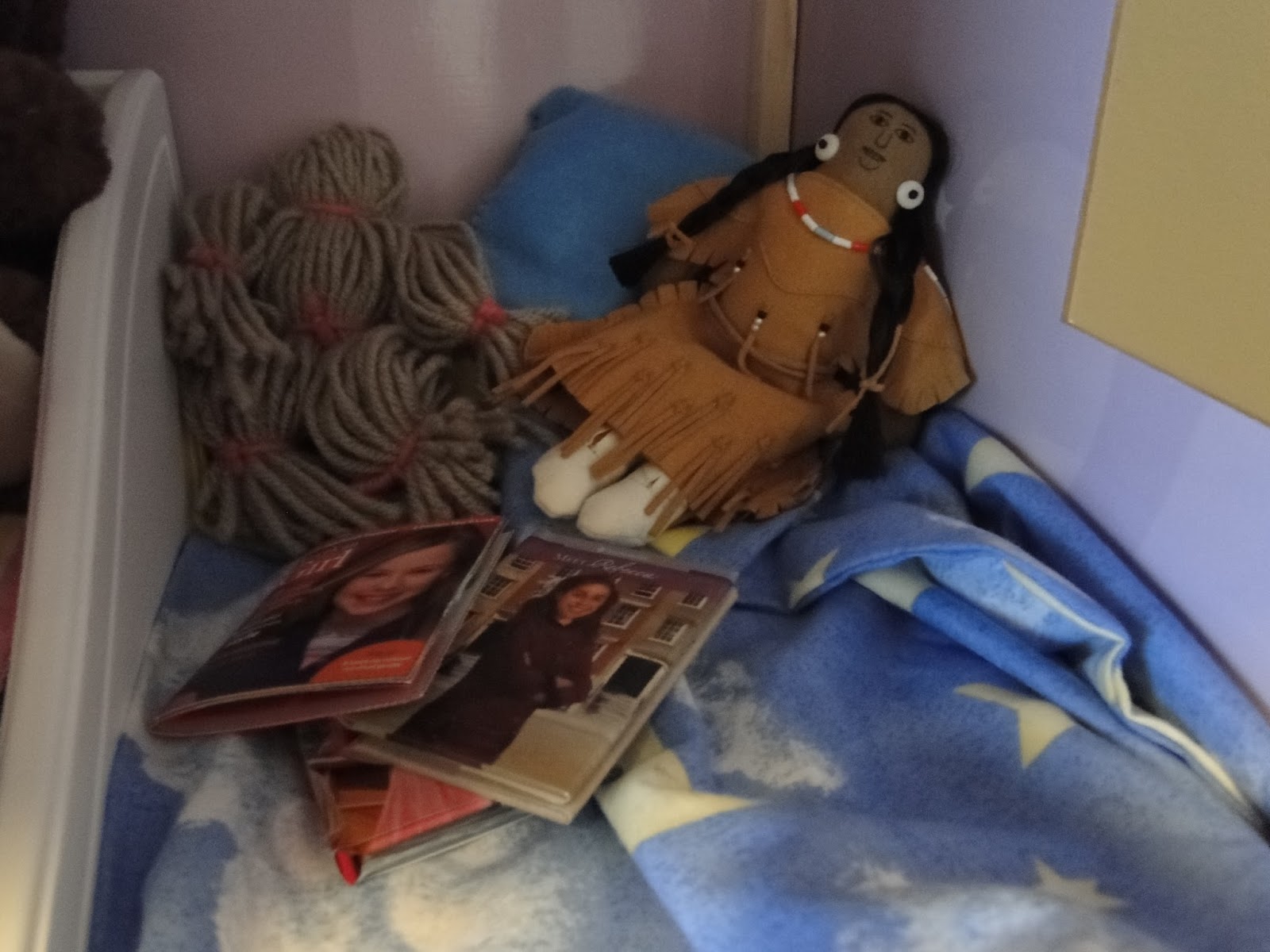 There's pillows, and dolls on the window bench, along with some books and magazines. =) 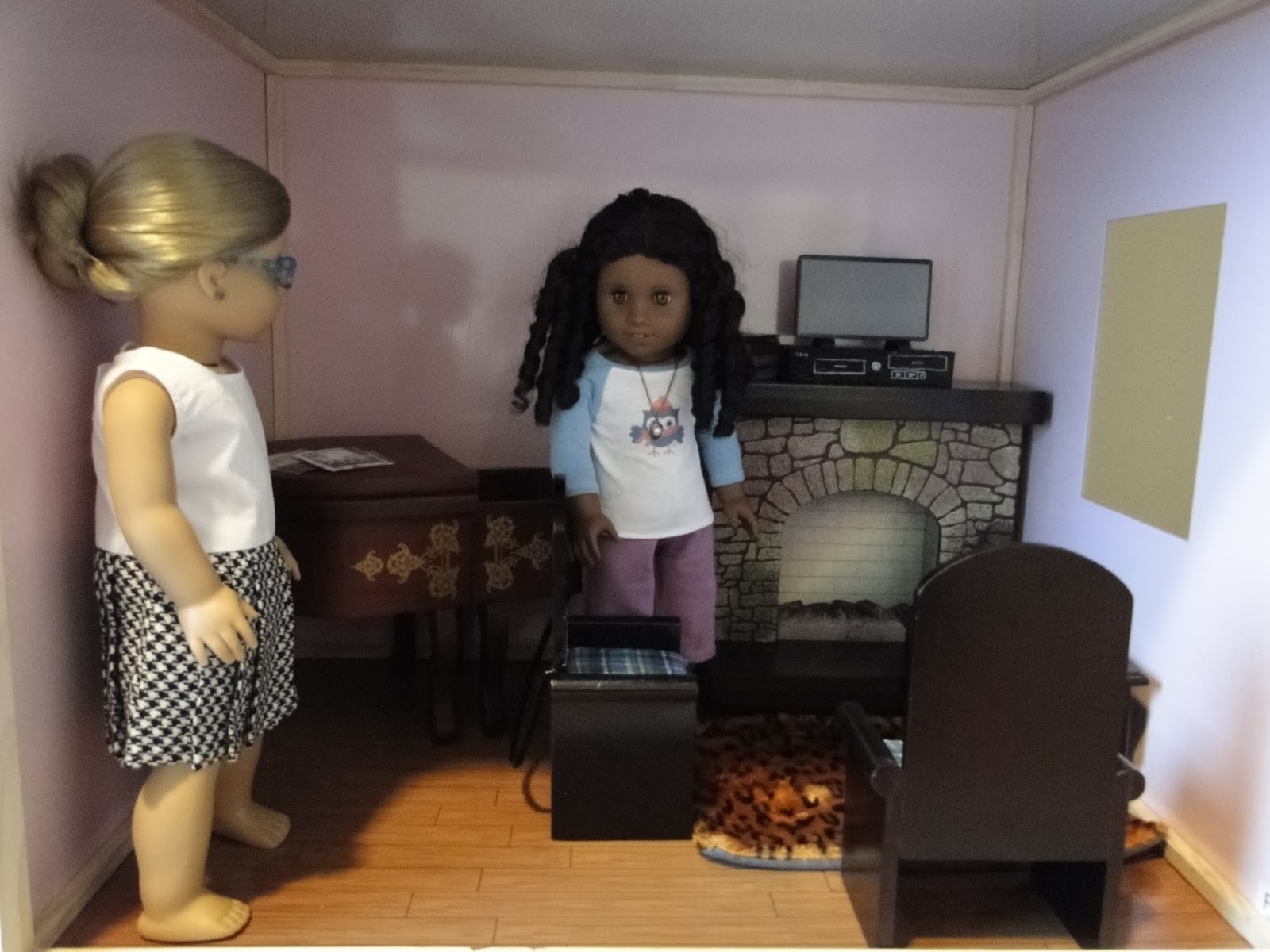 And moving directly down a level, we have the living room! 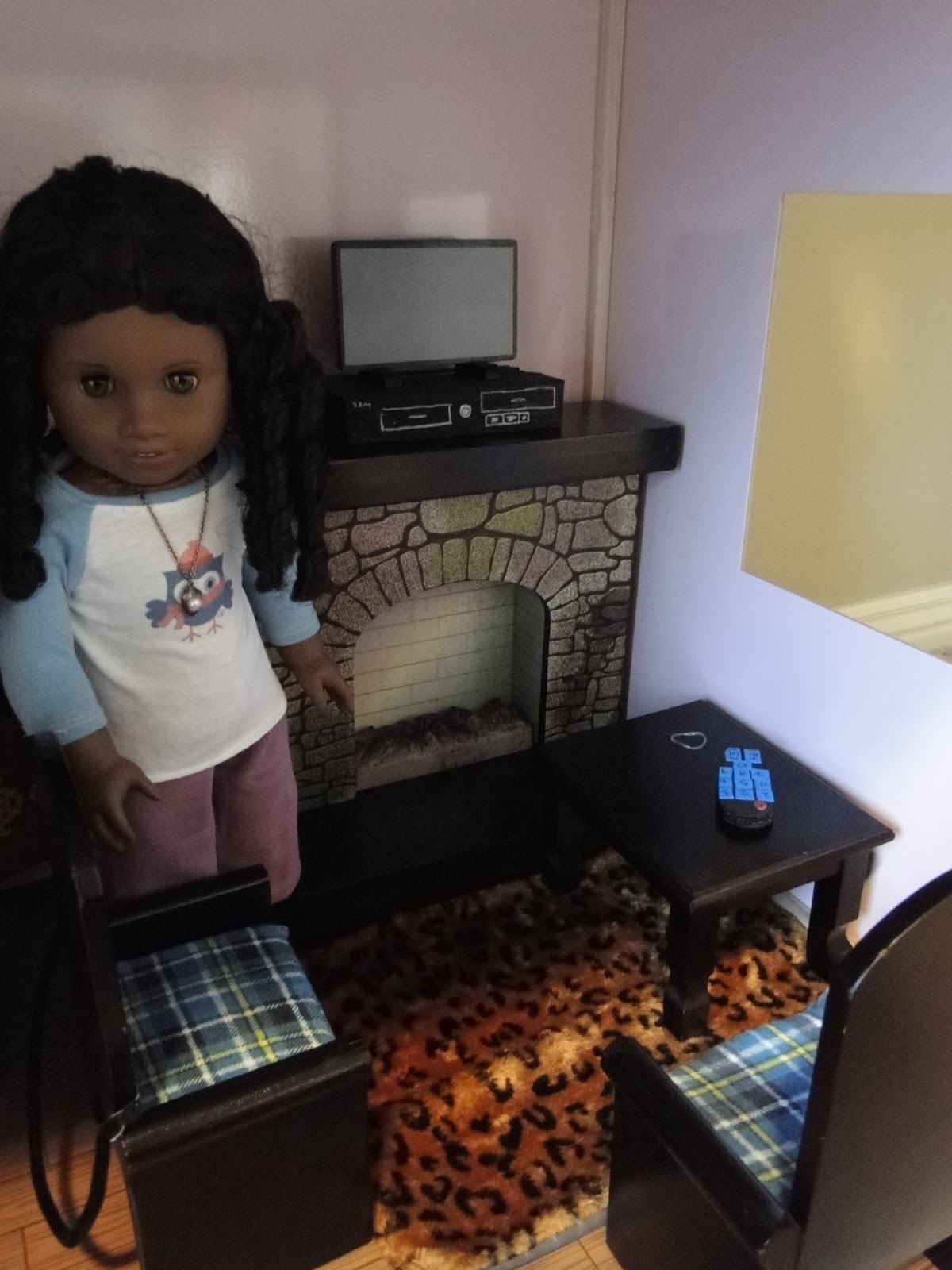 I used the Journey Girl's set to make an area for watching T.V.
The remote and DVD player are handmade by myself. :3 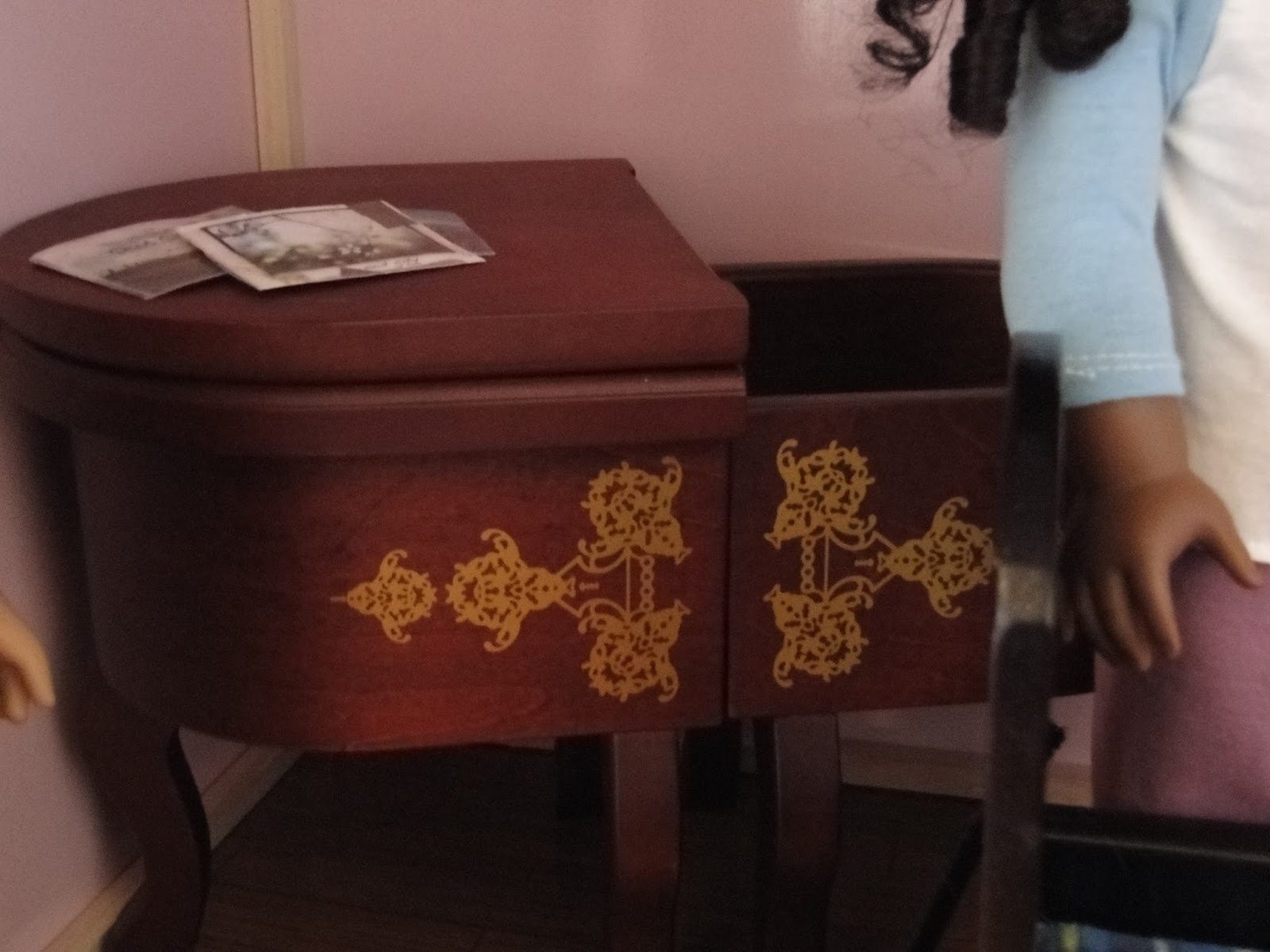 I put Cecile's desk in the corner of the room, and currently the only thing residing on it are the Owl City CD's I made. 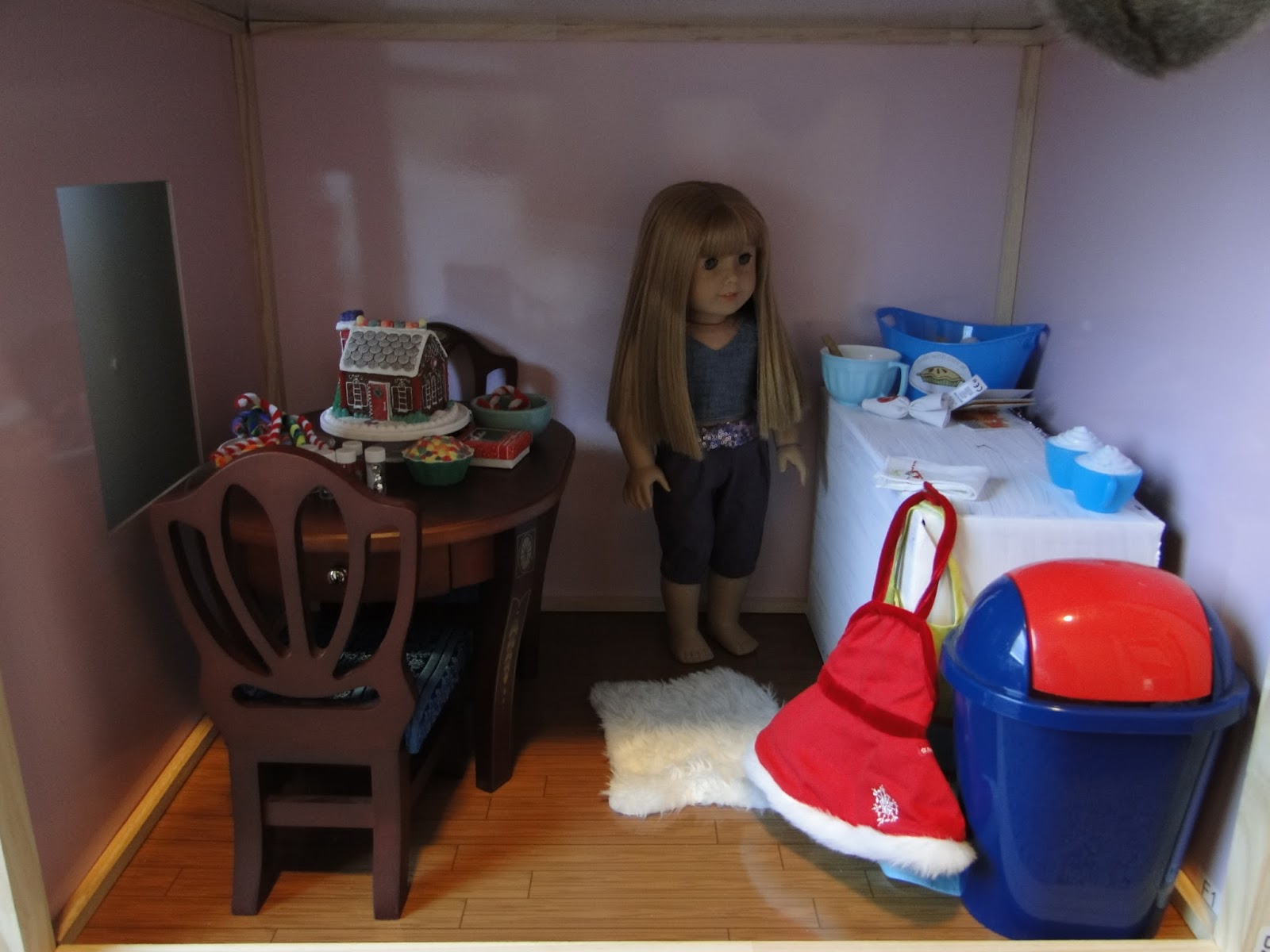 And the last room is the dining area/kitchen. Of course, Willow's in it. xD 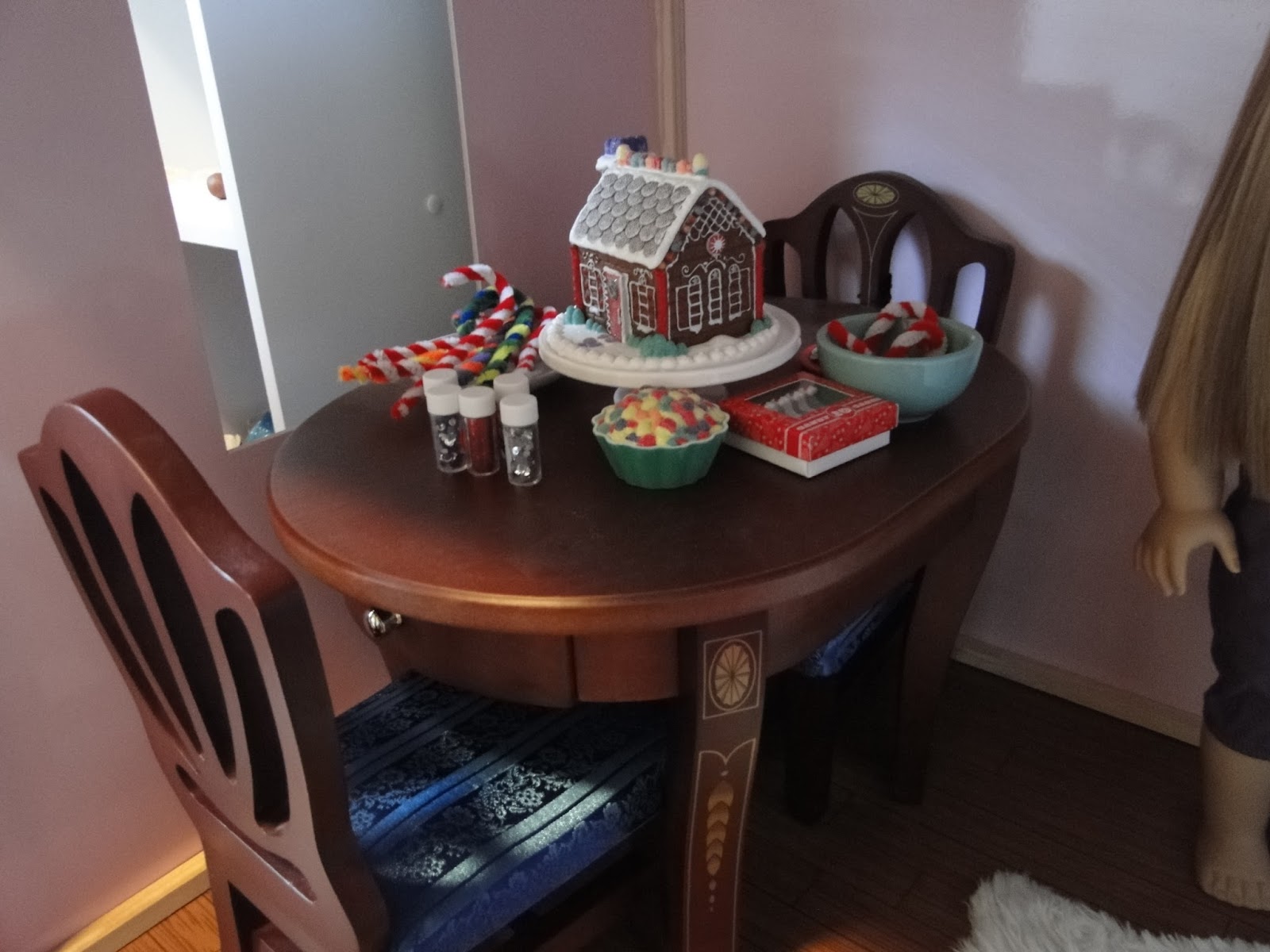 Caroline's dining set (Can't remember what the set is actually called-sorry.) is to the left, and has the whole Gingerbread making ensemble on it. Probably time to put it away since it's now January 14th but oh well. xD 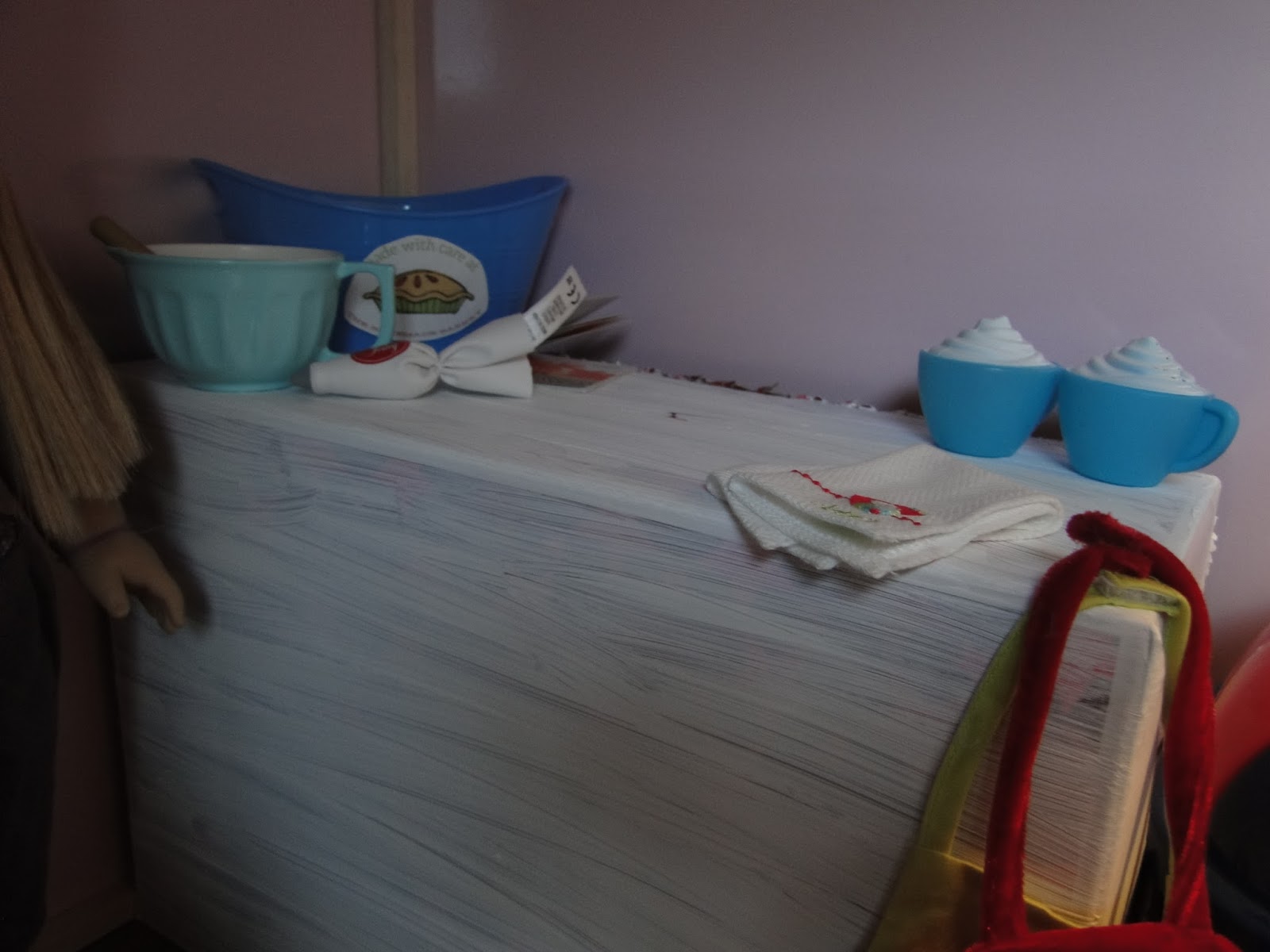 I cut a large AG box in half and painted it white with acrylic paint to make a kitchen counter.
There's a lot of things from miscellaneous places on it. 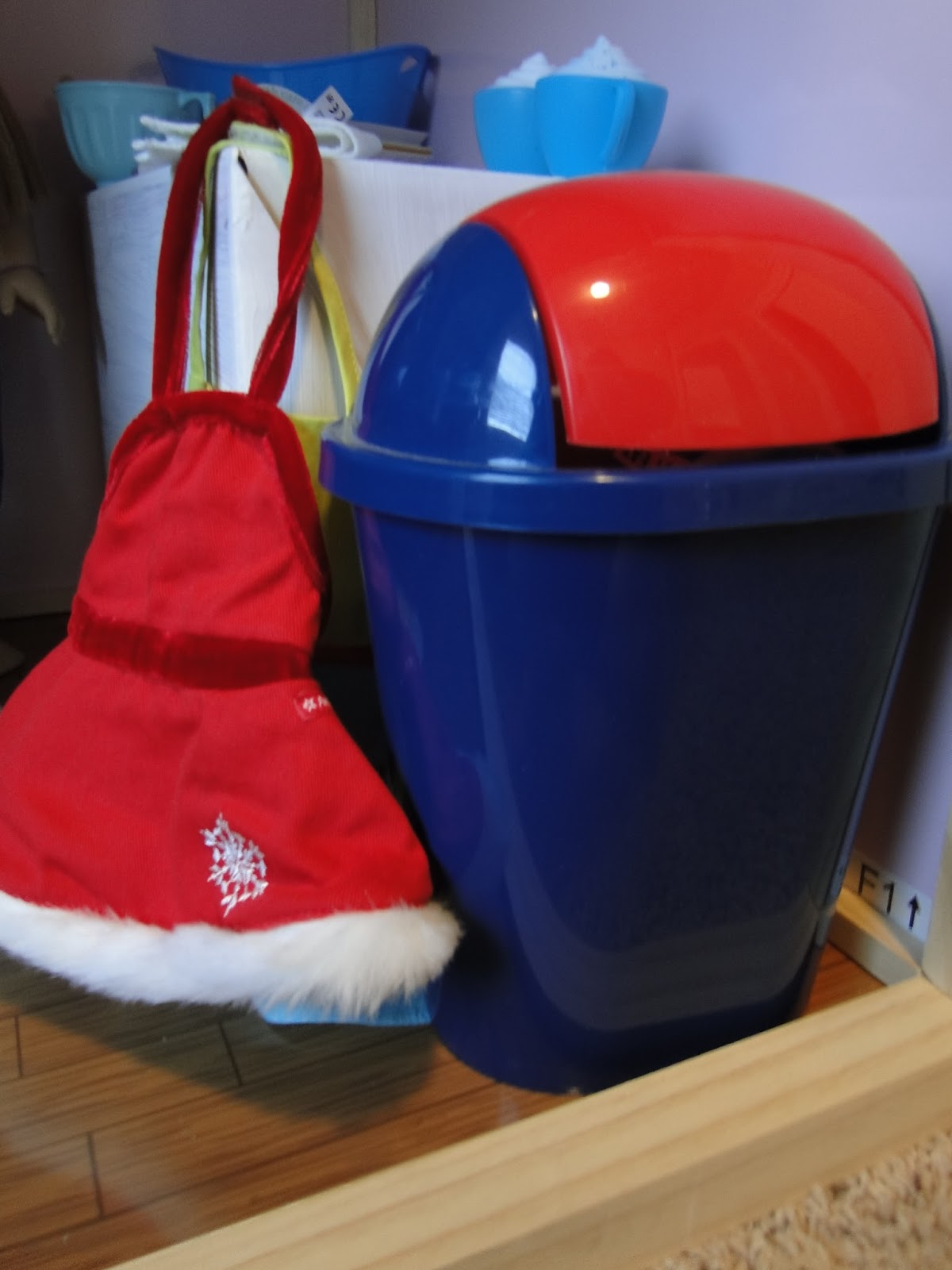 And beside the counter I've hung the family's aprons and put the trash bin I picked up at the Dollar Tree a while back.

I hope you enjoyed seeing the whole set-up. I plan to get a few photo-stories up soon, as well as the next Abditus Orbis episode.

If there's anything you saw that I didn't address and would like to know about, drop me a comment below and I'll gladly tell you about it.

I hope you all have a wonderful day. =)