Hi guys!!! Yay, first pre-Halloween post!
For the first one I thought I'd show you the decorations I have up, and go into stuff like where I got them. I've updated a bit since the little small photo-story, so there'll be some new things. :) 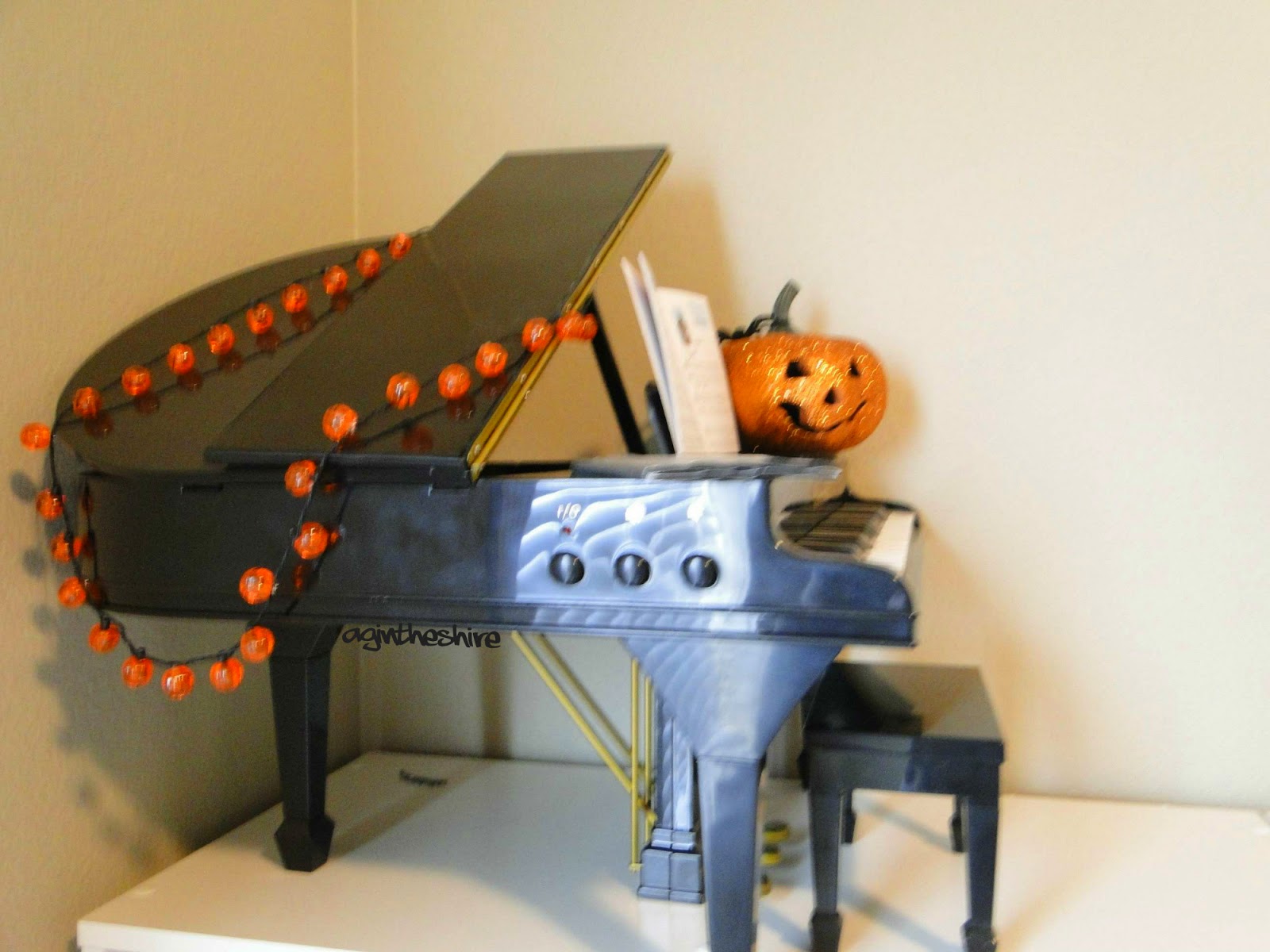 First off is Marie's piano area. The strand of pumpkins is a necklace we got at a local D&B. The glittery pumpkin on the far end is from the Dollar Store a year or so back. 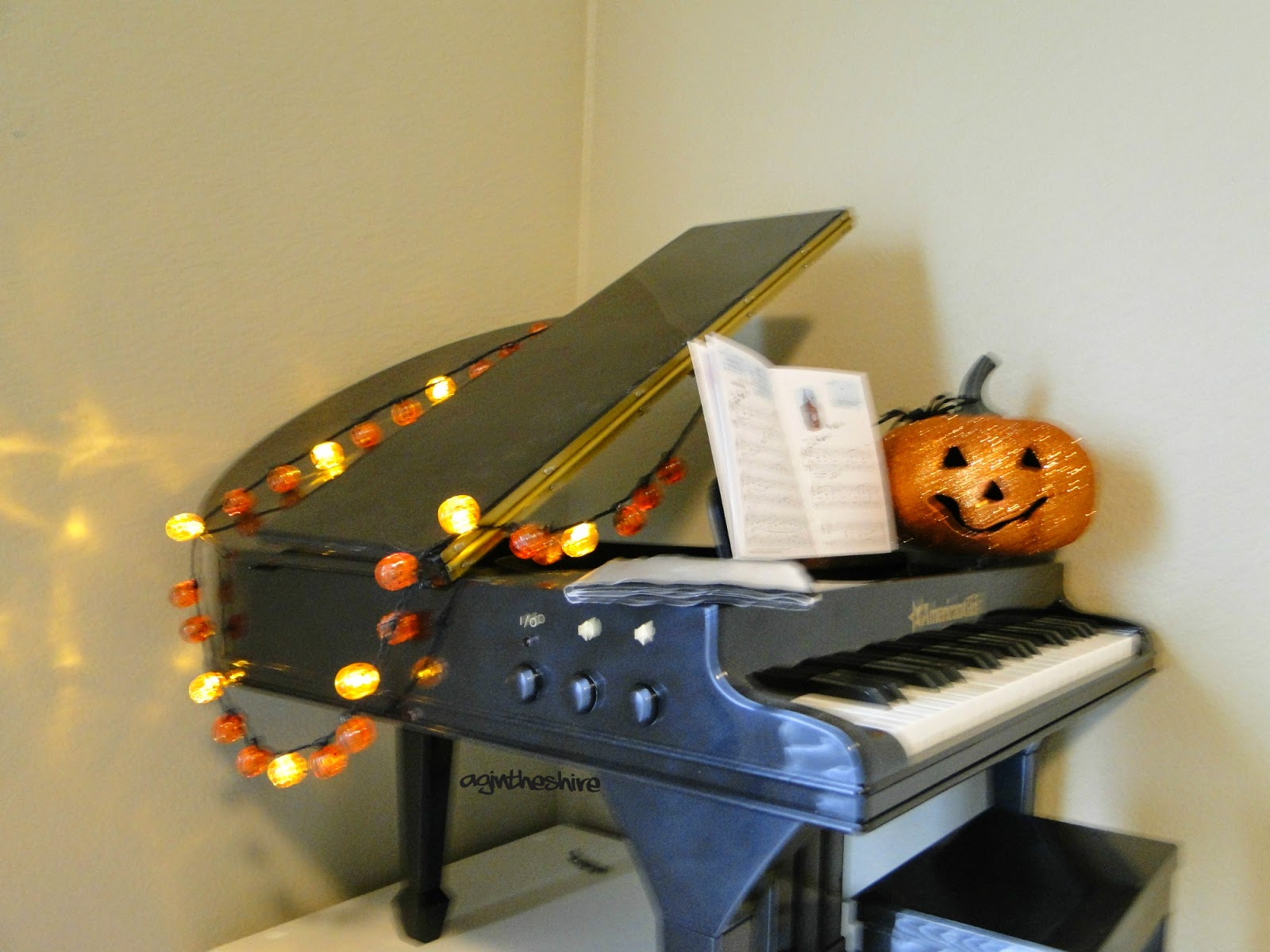 The pumpkins light up, and I just love them! ^_^ 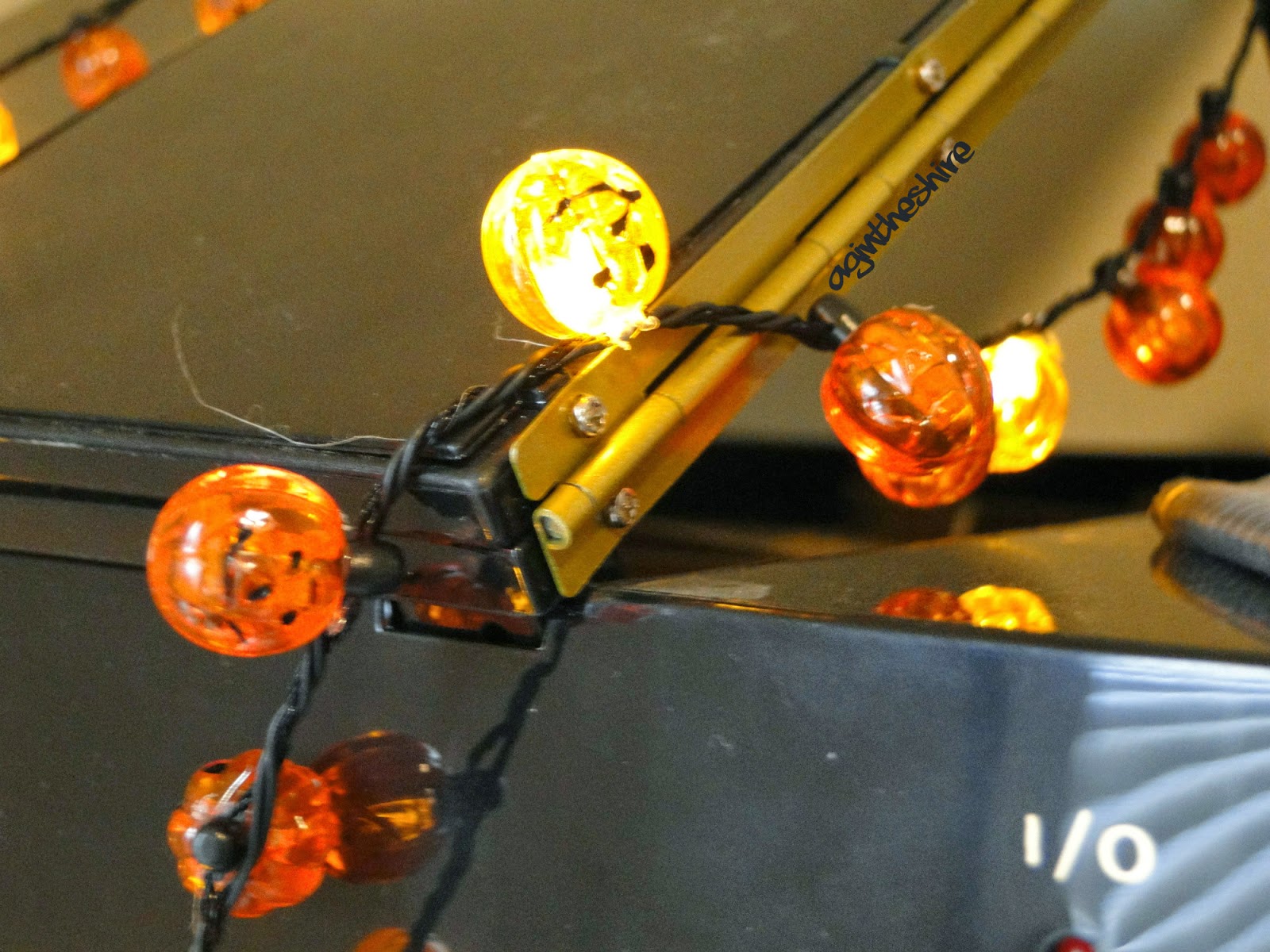 Here's a close-up of the little pumpkins. 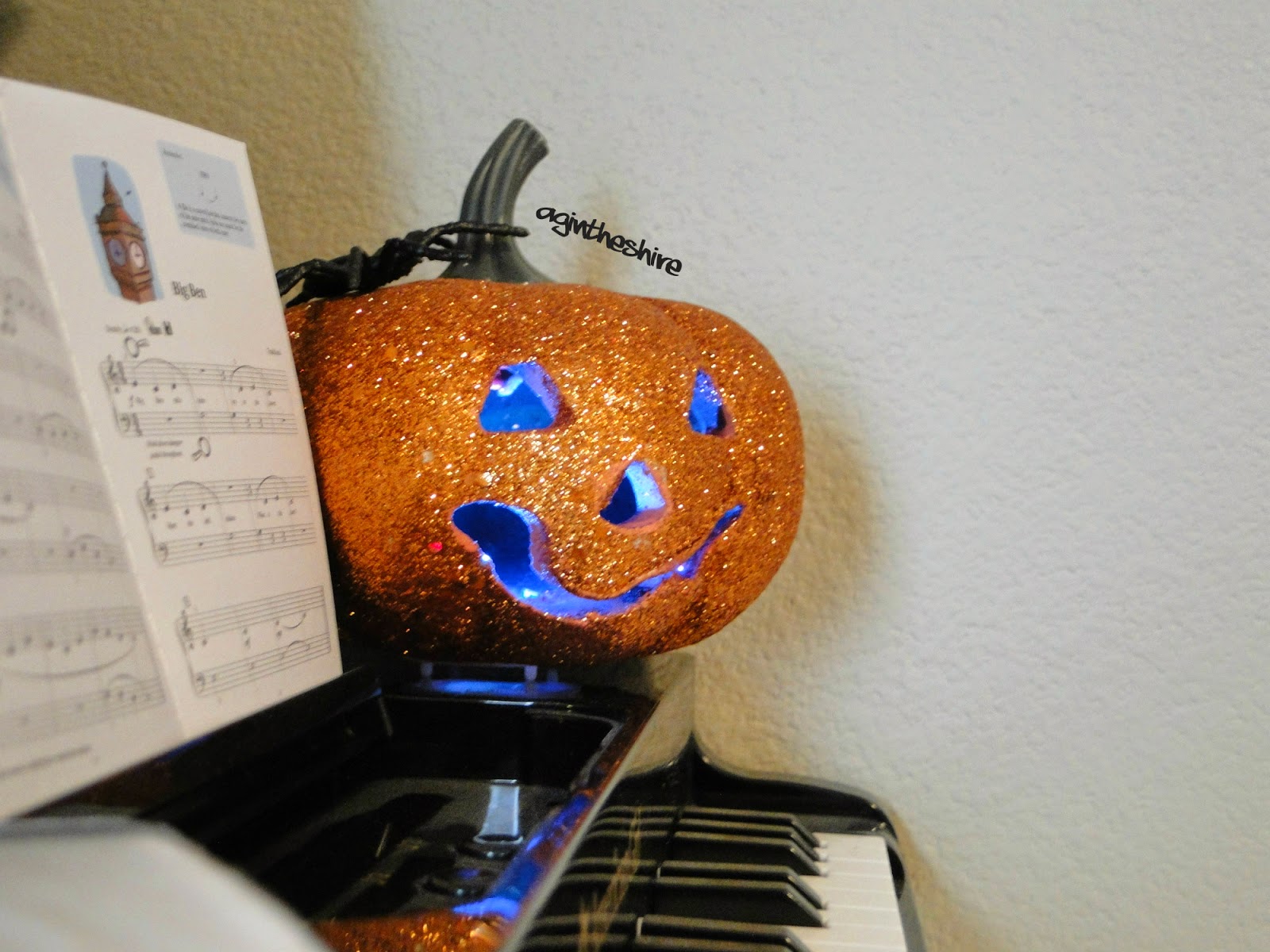 The glitter pumpkin also lights up in different colors, and it changes every few seconds.
The piano area wasn't heavily decorated, mainly because I couldn't fit a lot on it. xD 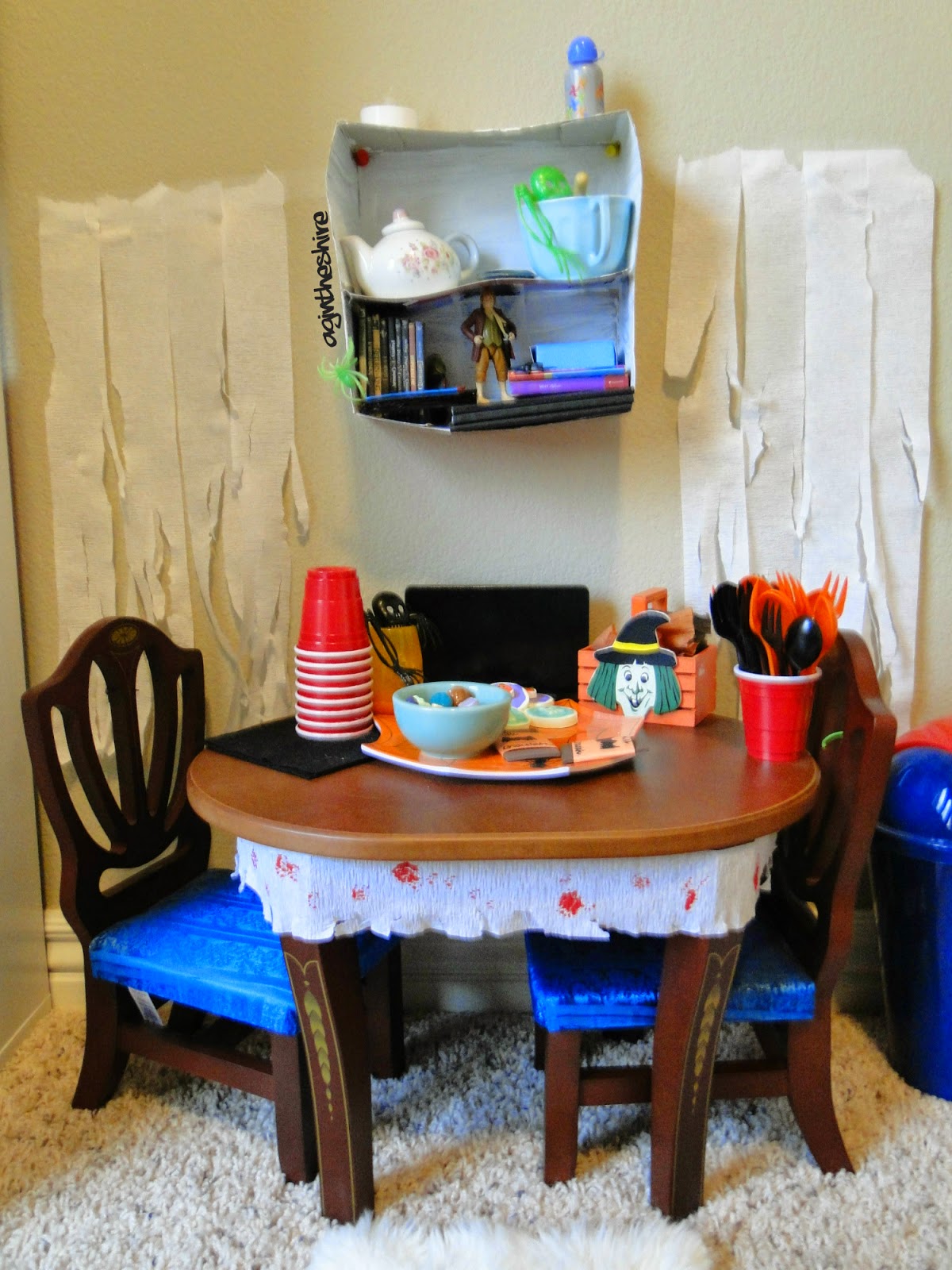 Now we can move onto the dining area! :)
There's a lot of things here; a spiderweb platter with goodies, mini solo cups, a witch basket, orange and black utensils.... xD 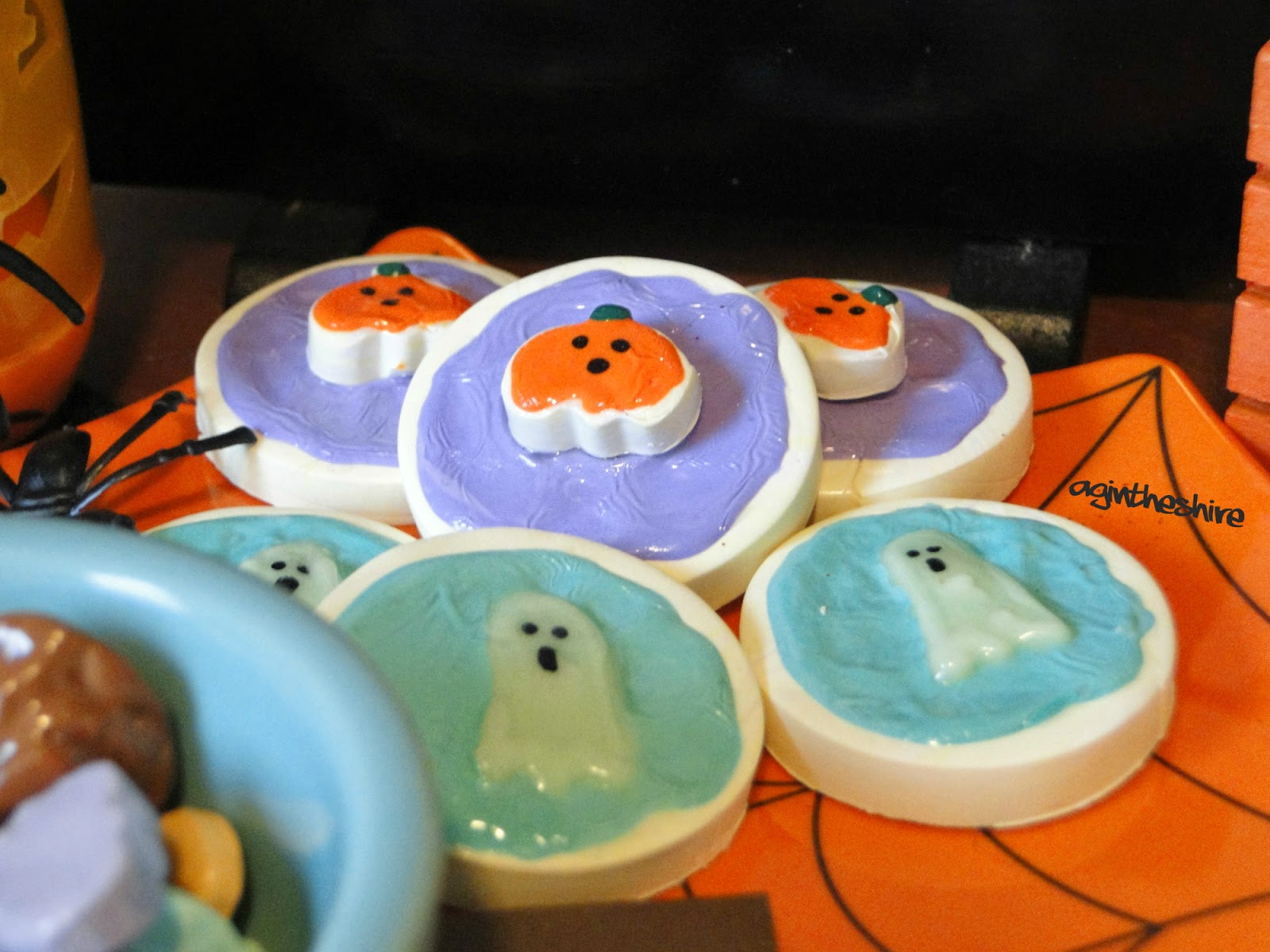 The cookies are from an Etsy shop that I don't believe is still in business anymore. I adore these cookies; the ghost ones actually glow in the dark!
The spider platter I think is from a craft store....? It may have also been from the Dollar Store but I honestly can't remember. 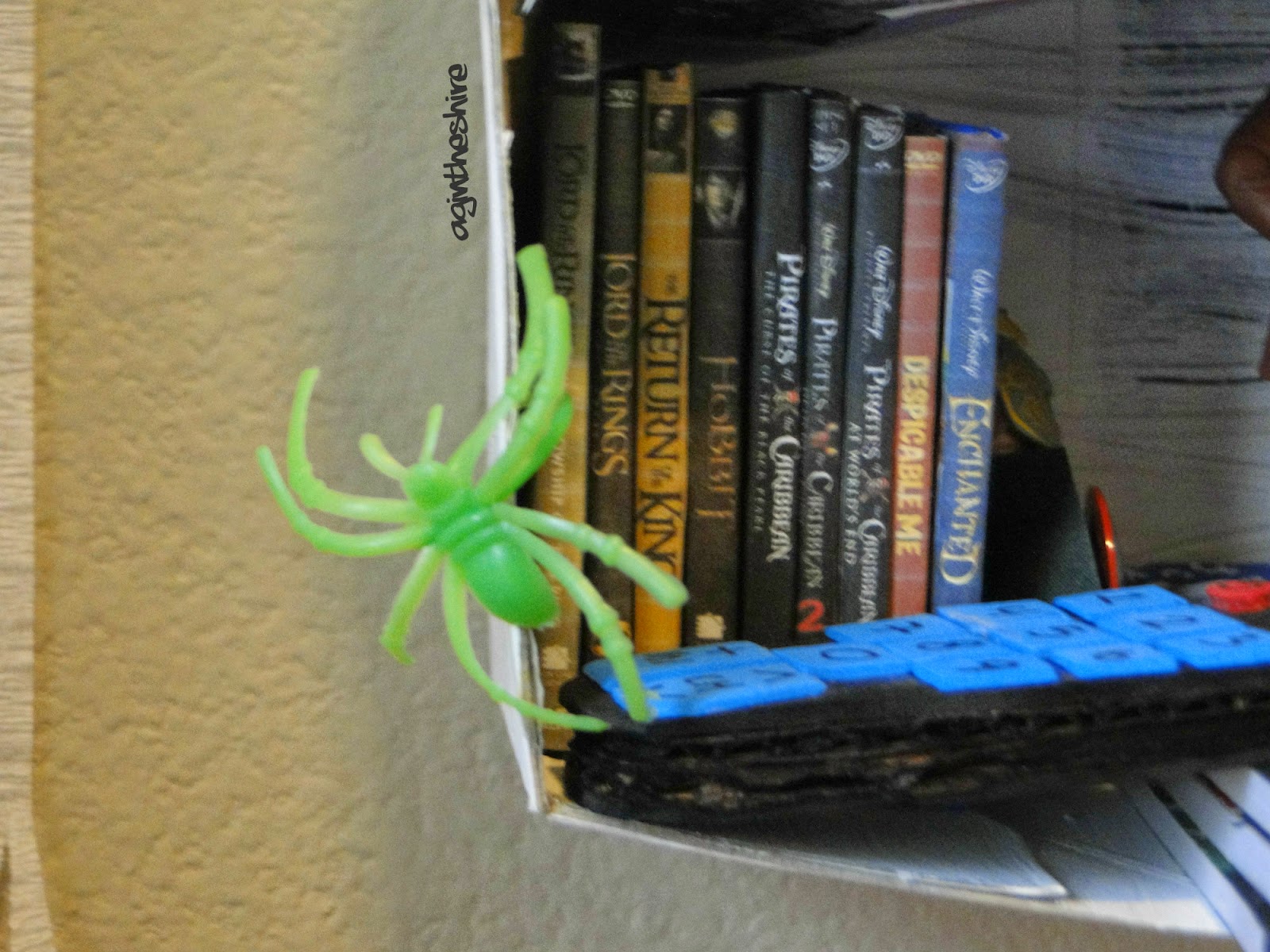 If you haven't noticed, there's a ton of creepy crawlies everywhere, in green and black. I got a bag of these at the Dollar Store last year. 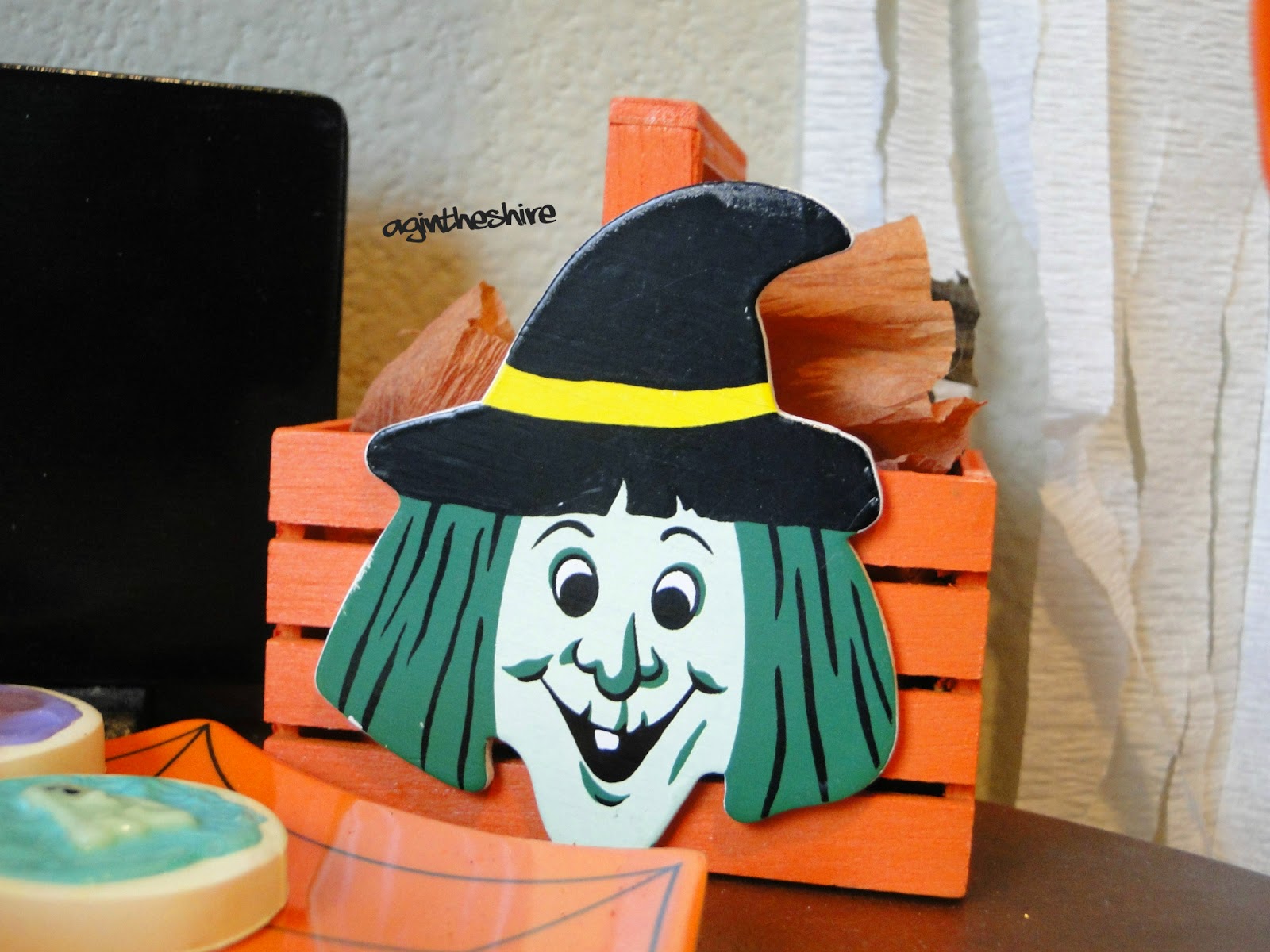 My gram gave me this little basket and I adore it. The witch's face is just great, and it's stuffed with bits of orange and black streamers. =D 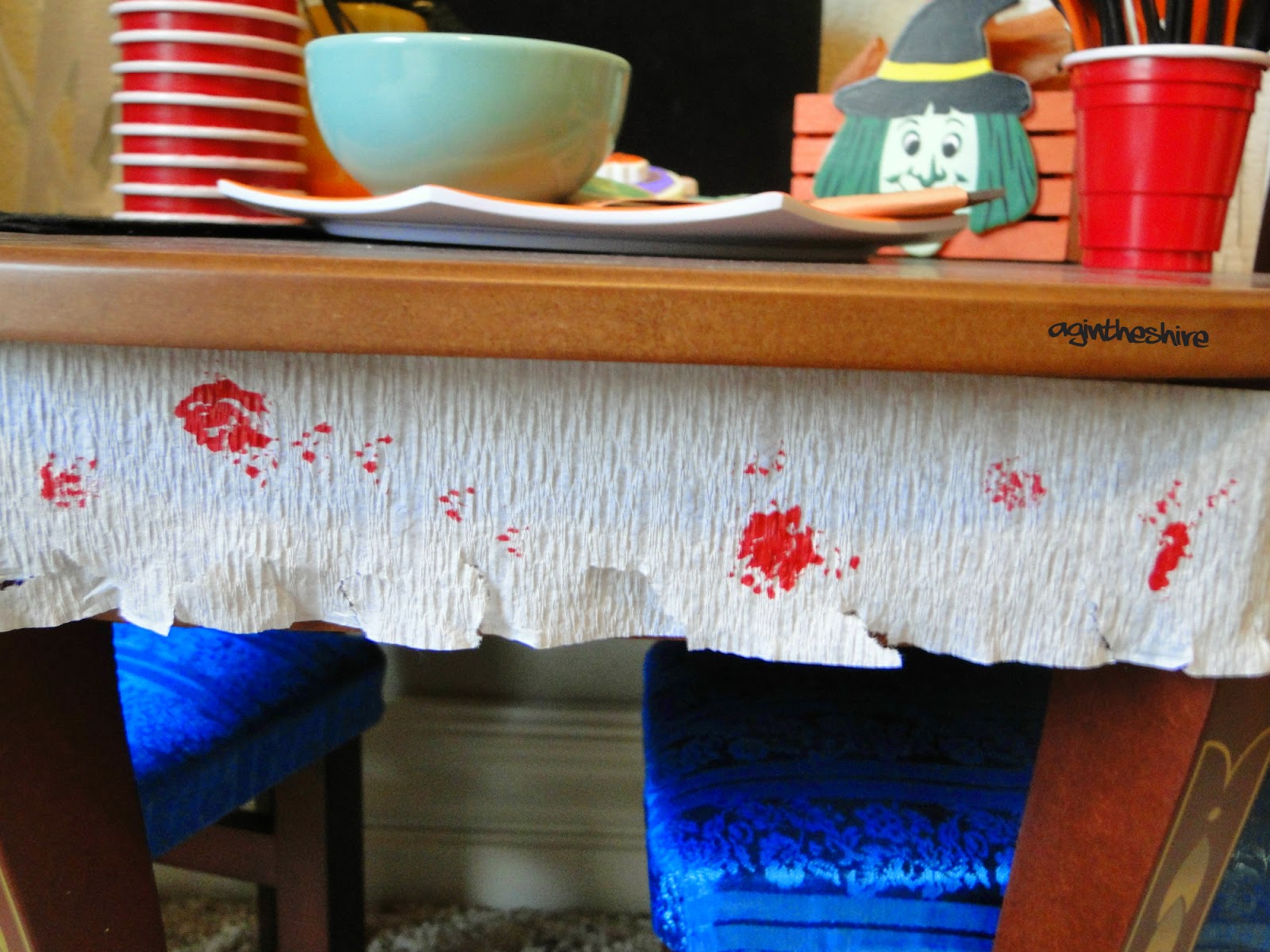 The table drape is a white party streamer dotted with red paint, made by your's truly. 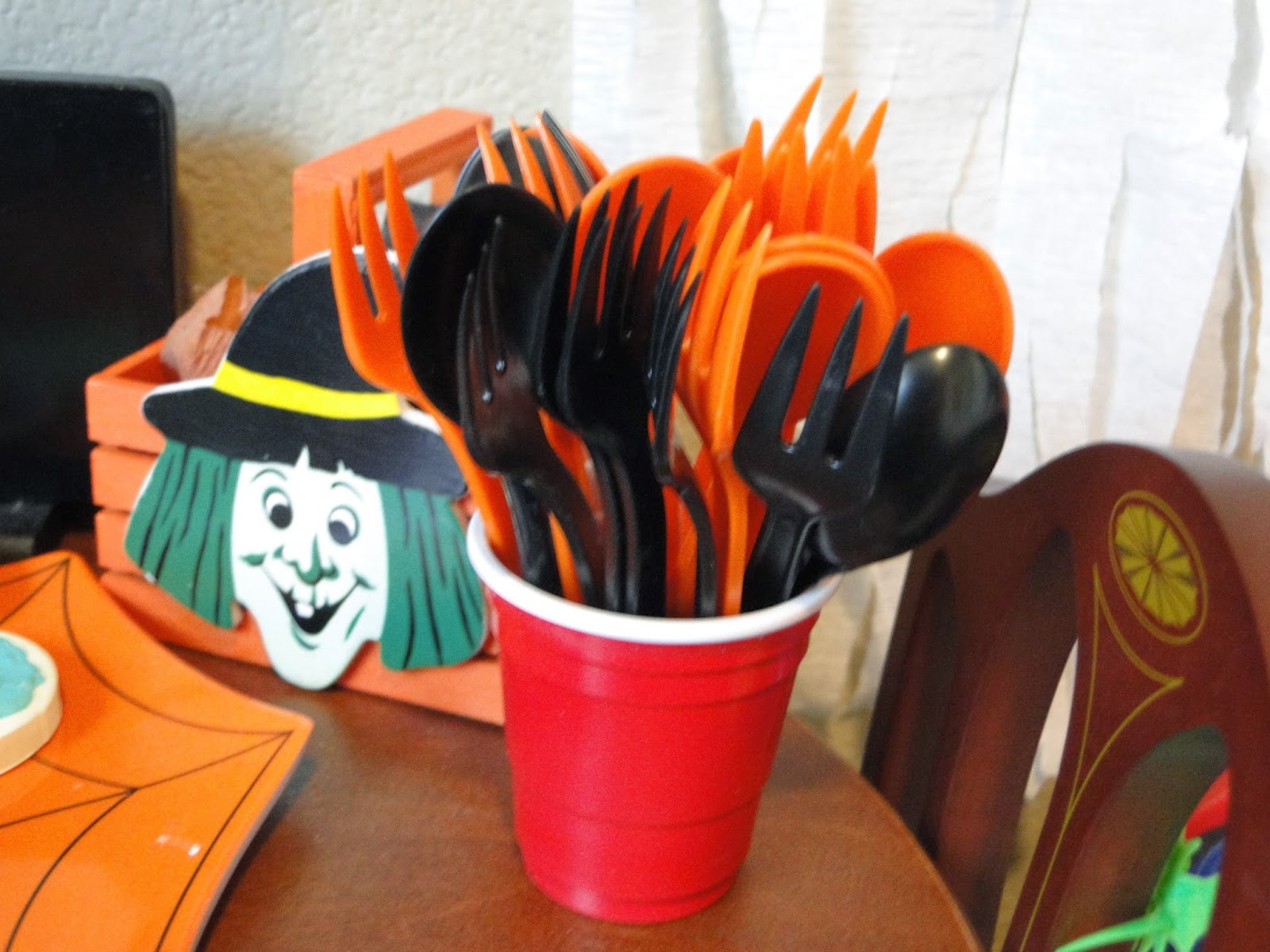 I found these little black and orange forks and spoons at Walmart for 97 cents a pack! They're so cute!! =) 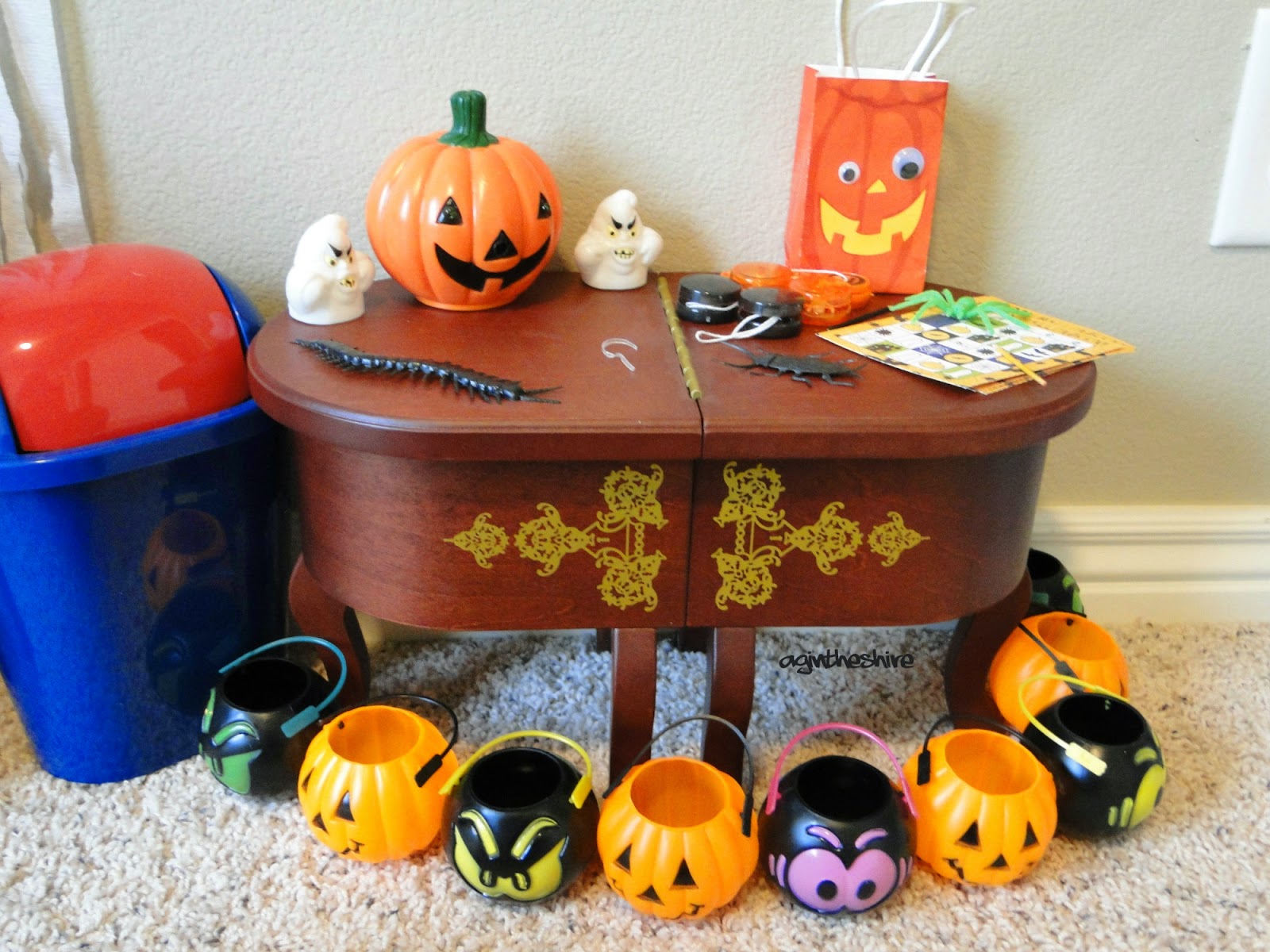 Now over to the desk area. The pumpkins are lined along the bottom (obviously Cecile won the argument xD) there's a few little decorations on top, and some fun party things. 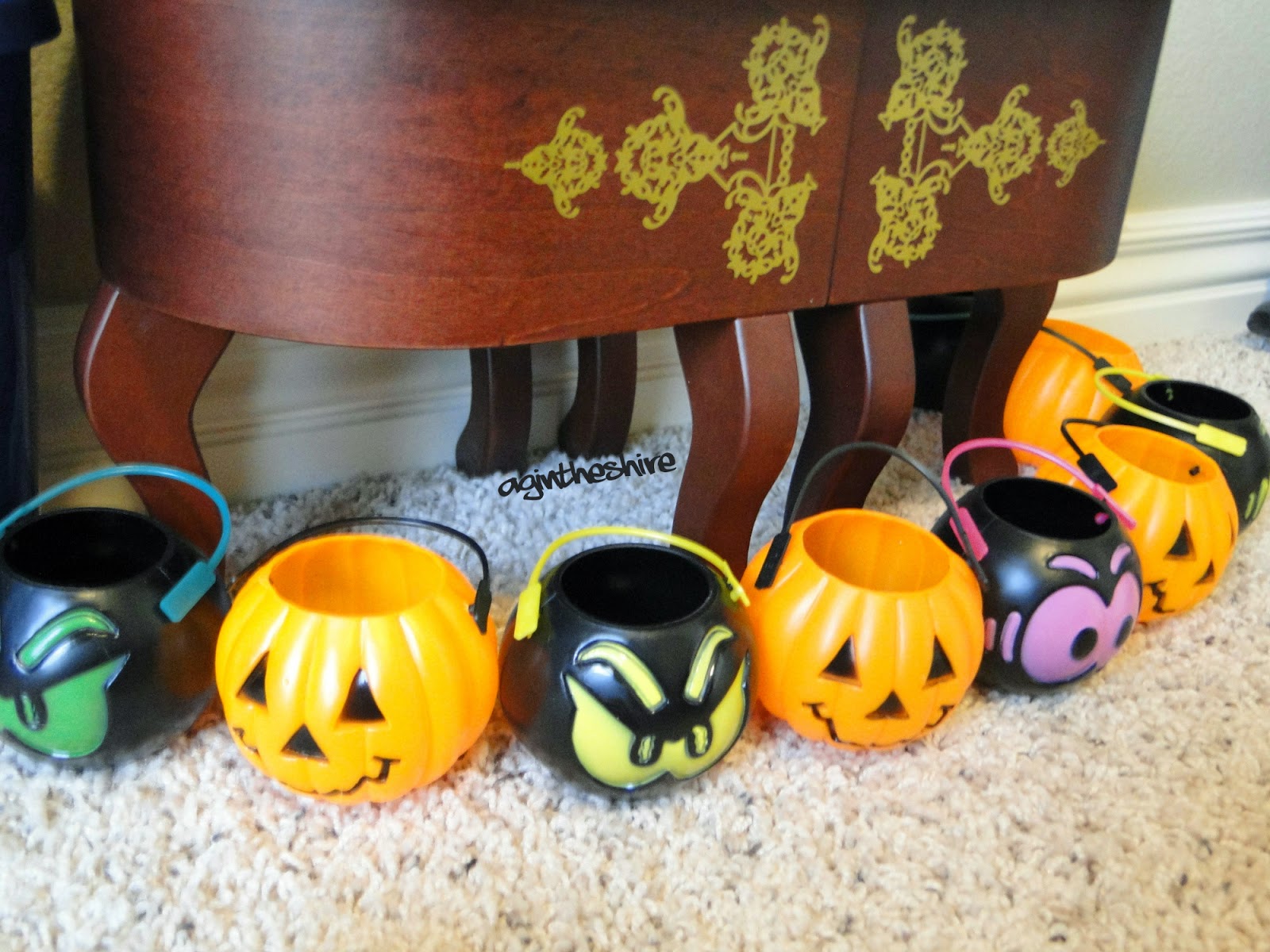 I found the pumpkin baskets at a craft store for I believe $2 a bag, and 6 baskets came in each bag. 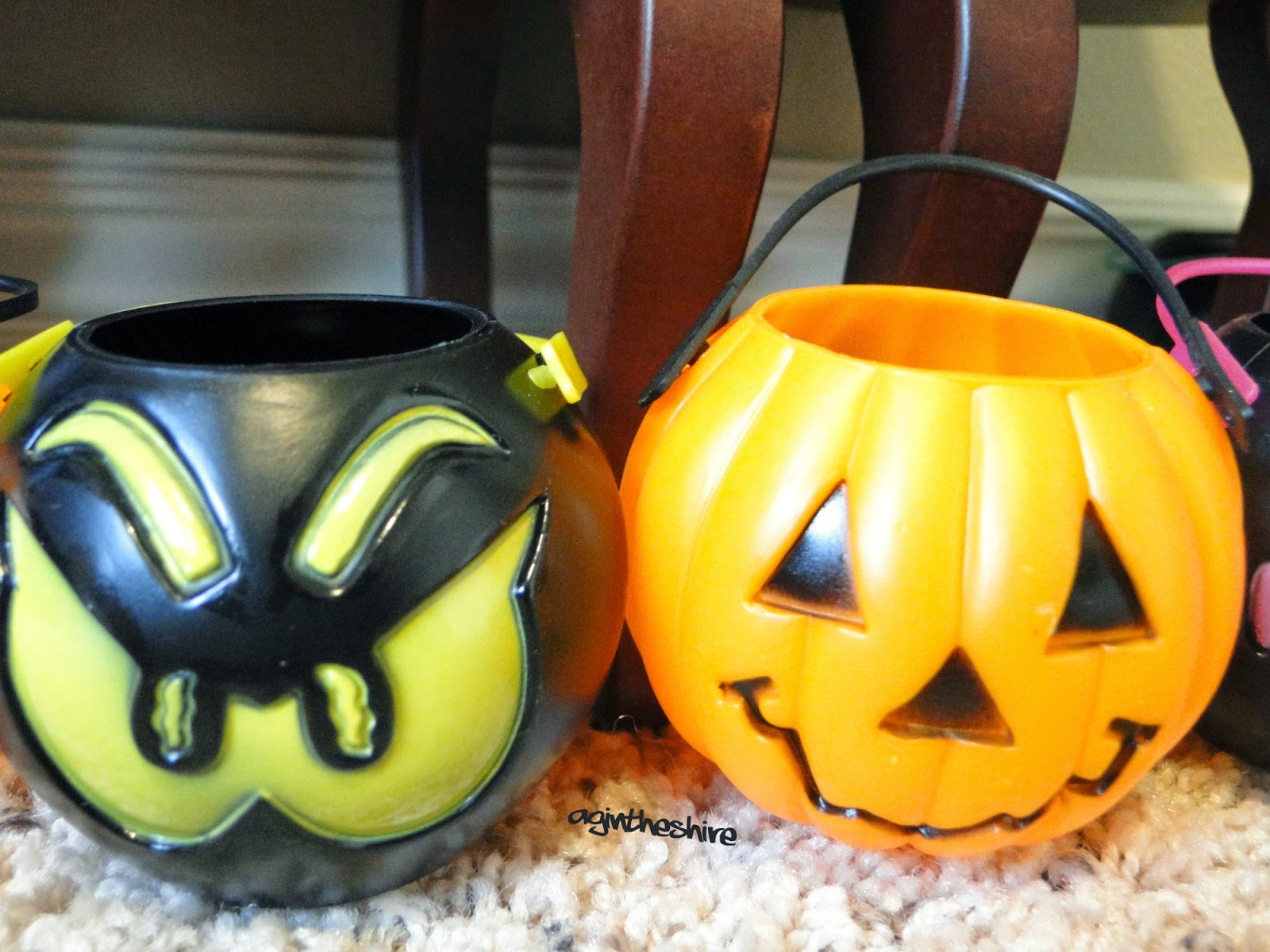 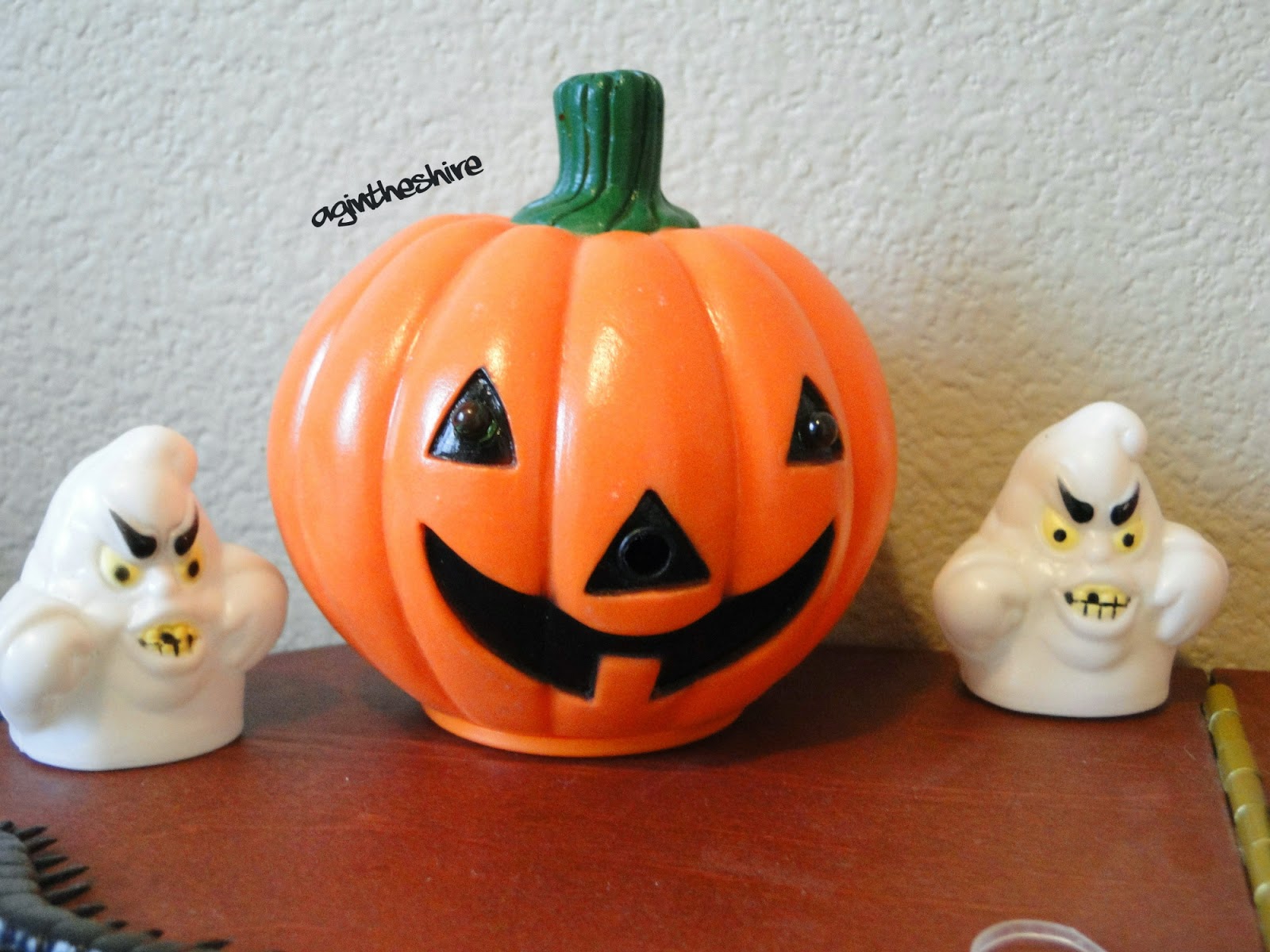 On the left side of the desk there's a pumpkin that would light up if I had batteries for it. :}
The pumpkin and ghosts were also given to me by my grandma. :) 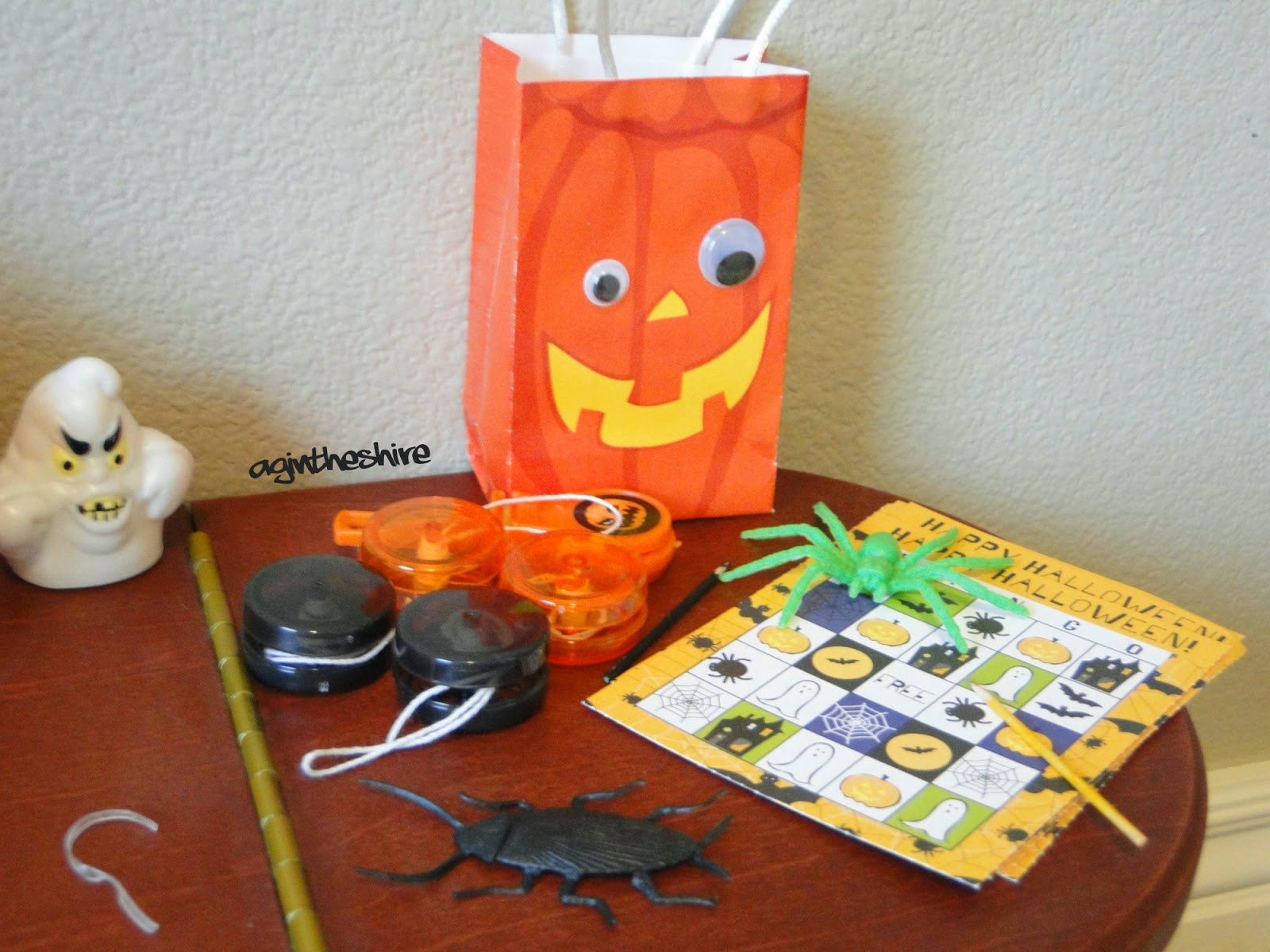 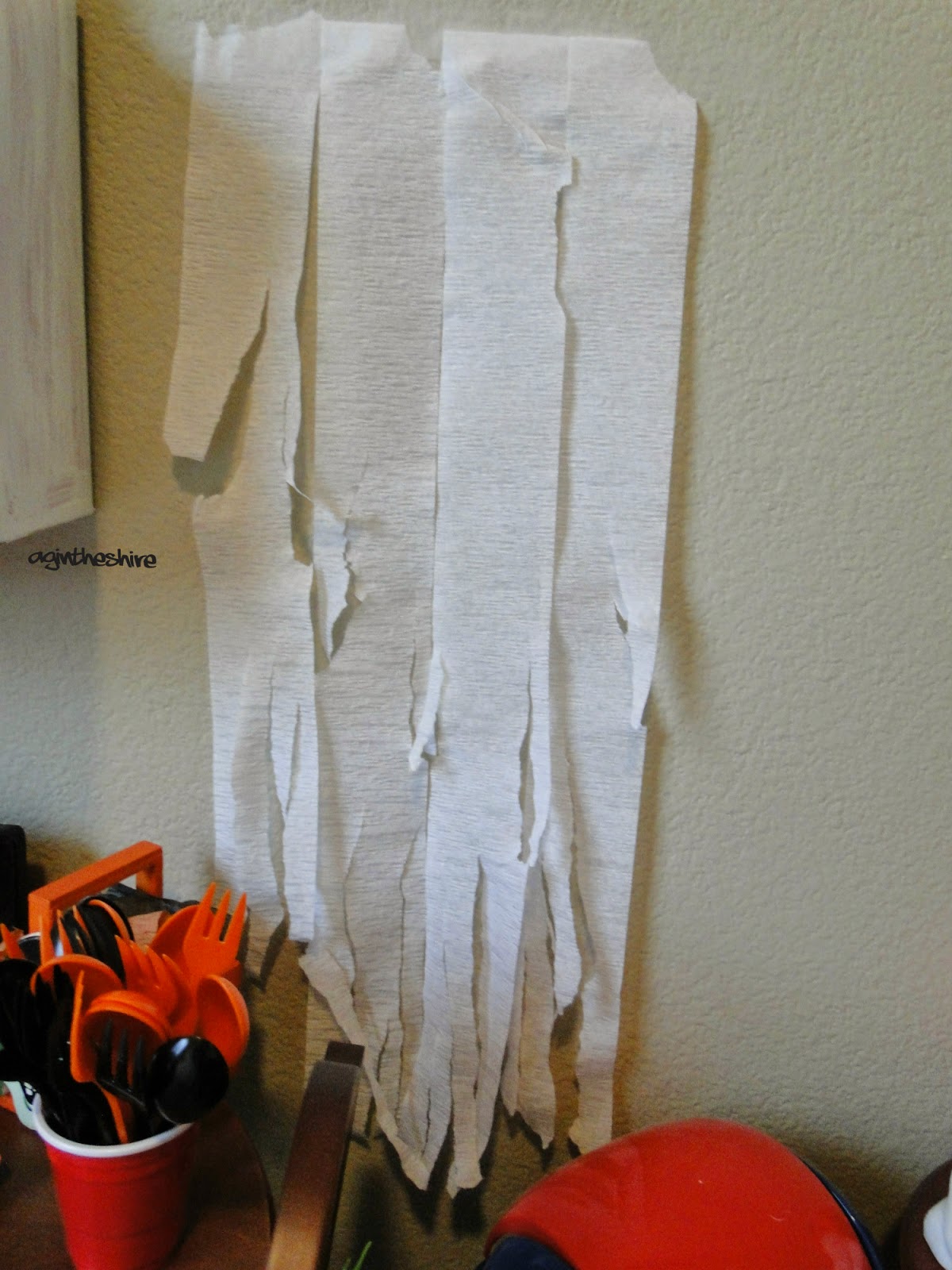 And the streamers in-between the dining table and desk are just white party ones that I have ripped. 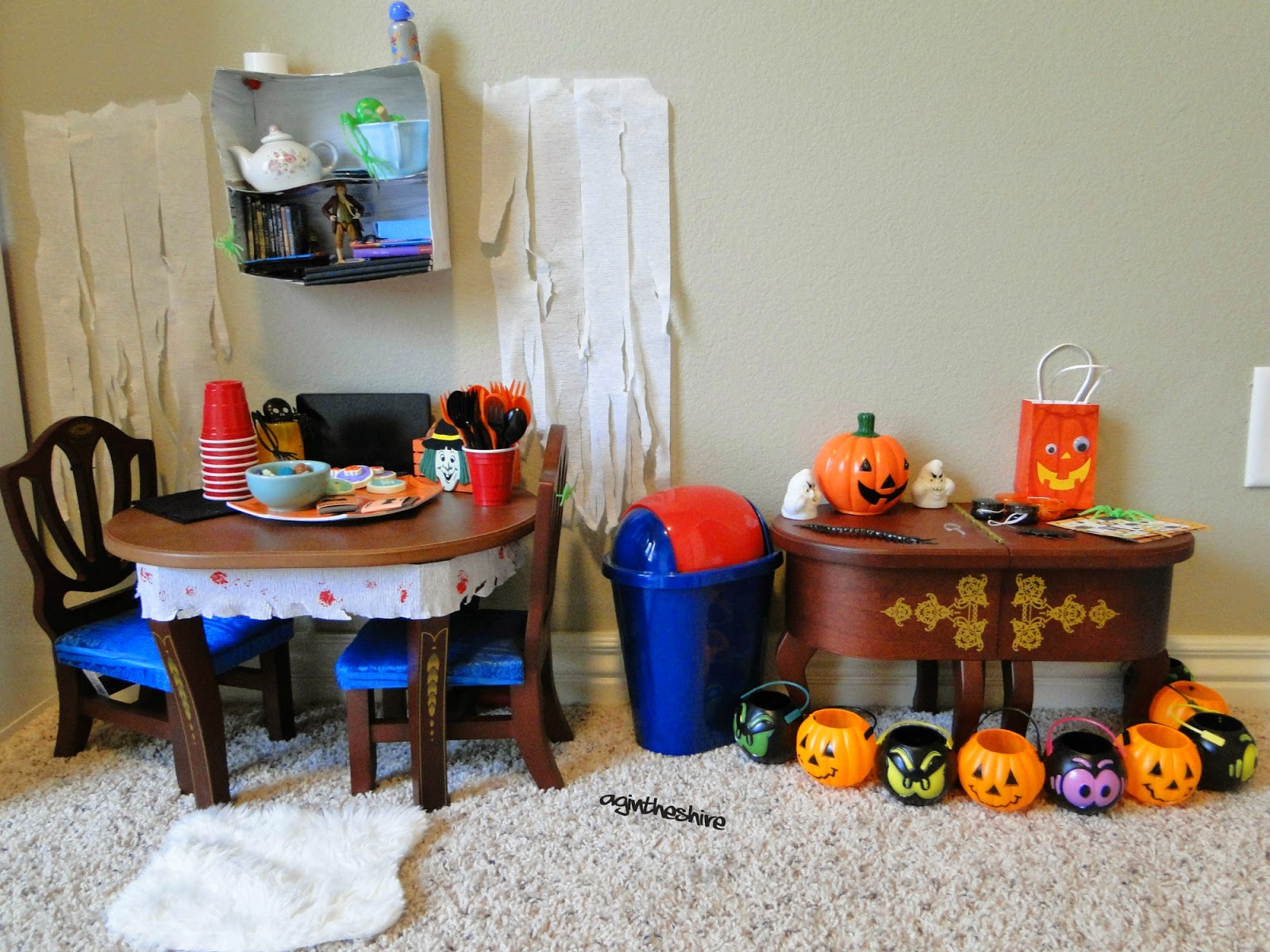 I hope you enjoyed seeing the decorations; this was the least exciting Halloween post I have planned. The other ones should be much more fun. :)