*First off, A.O. will be delayed for a bit. I'm terribly sorry for this, but the snow here is almost gone, and I need it to all melt before I can finish up what I need for A.O. If it's not up this week, it WILL be up the 1st week of December. =)* 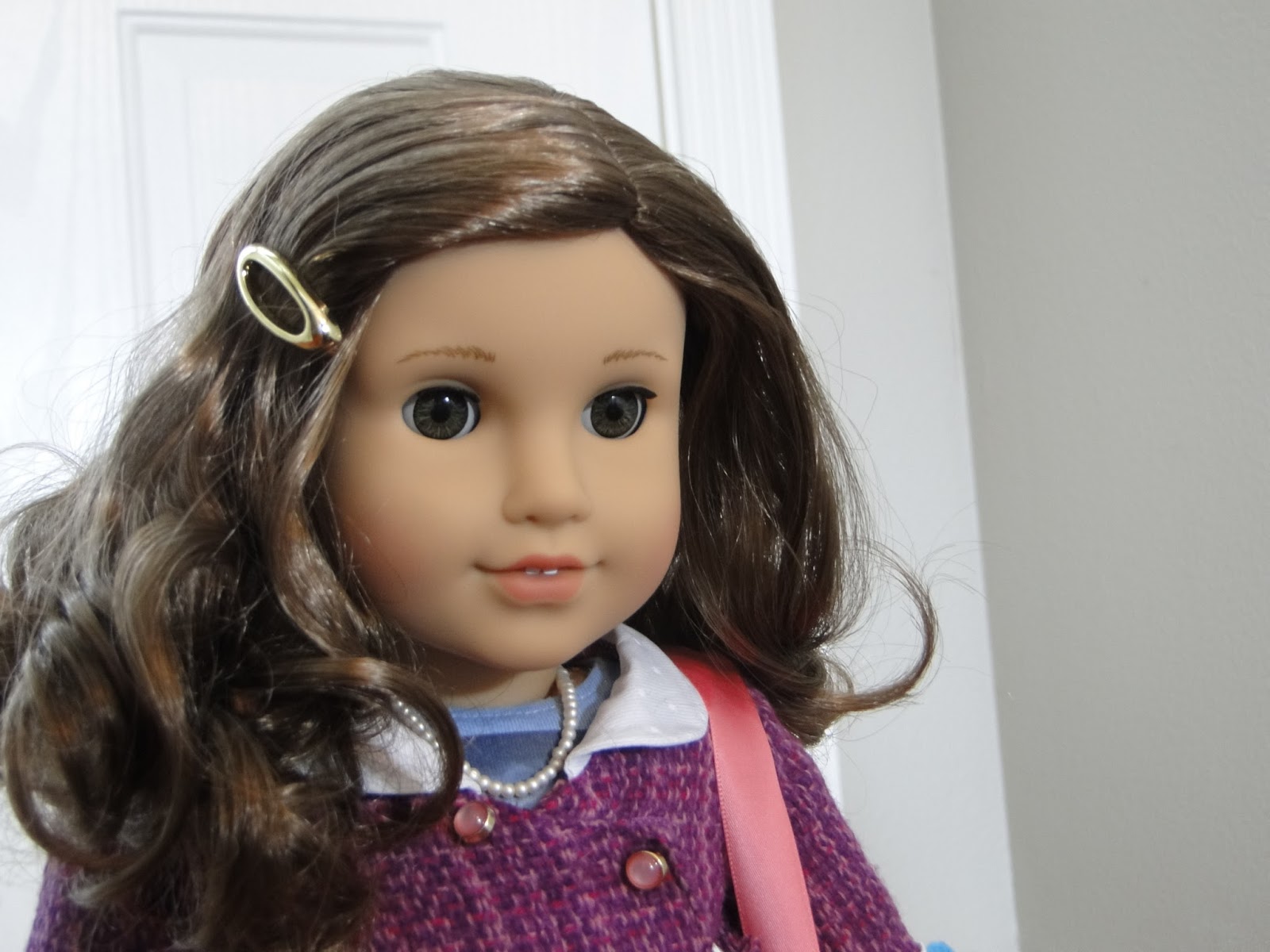 "Clara Oswald Creed." I whispered. "I'm Clara Oswald Creed." I recited my name; how I hoped to introduce myself as I shuffled my feet and took a deep breath, wishing I felt anxious. Instead, I just felt ecstatic. Maybe too much so. The silence of the hall should've dampened my mood, but instead it piqued my curiosity. 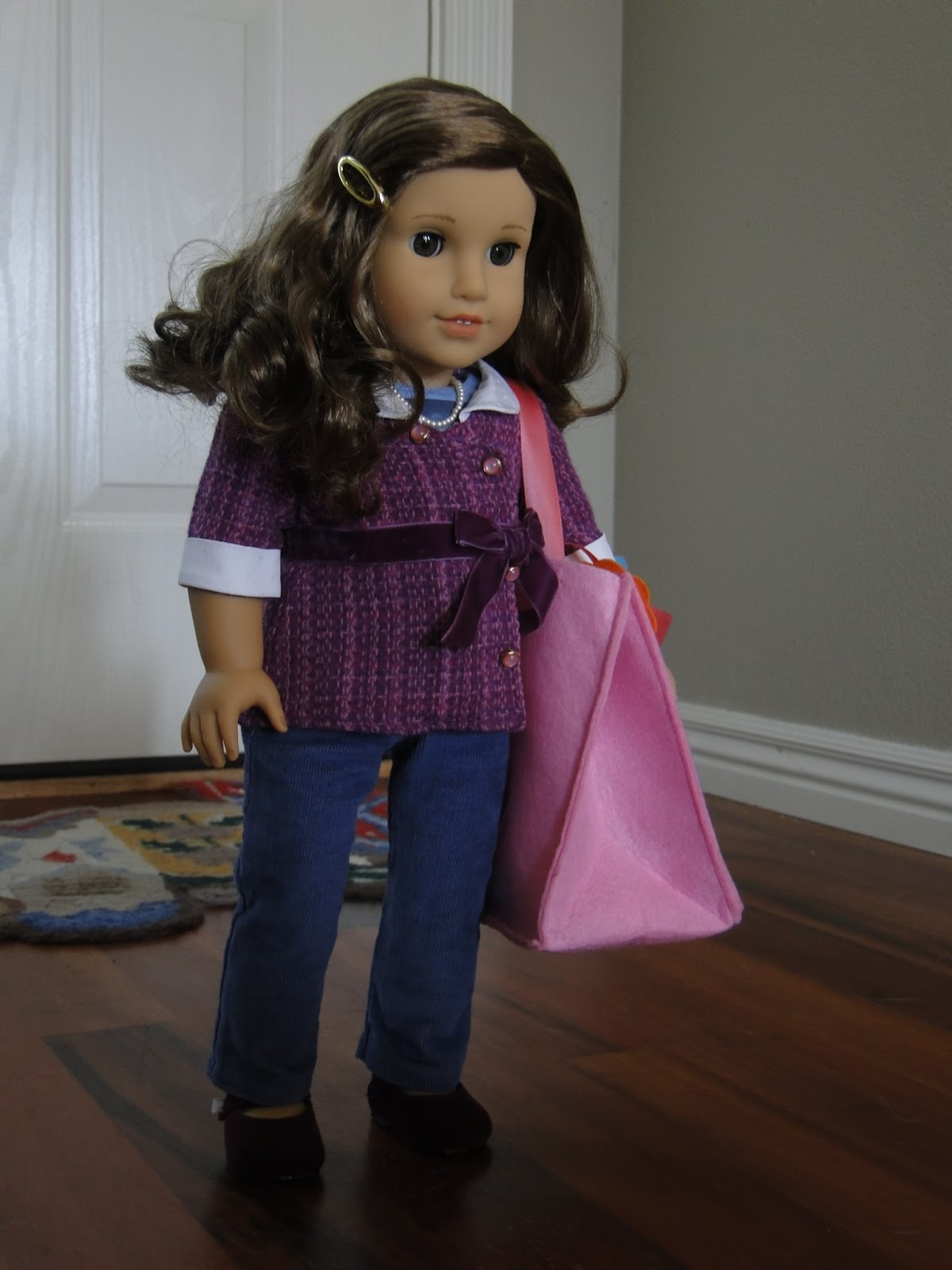 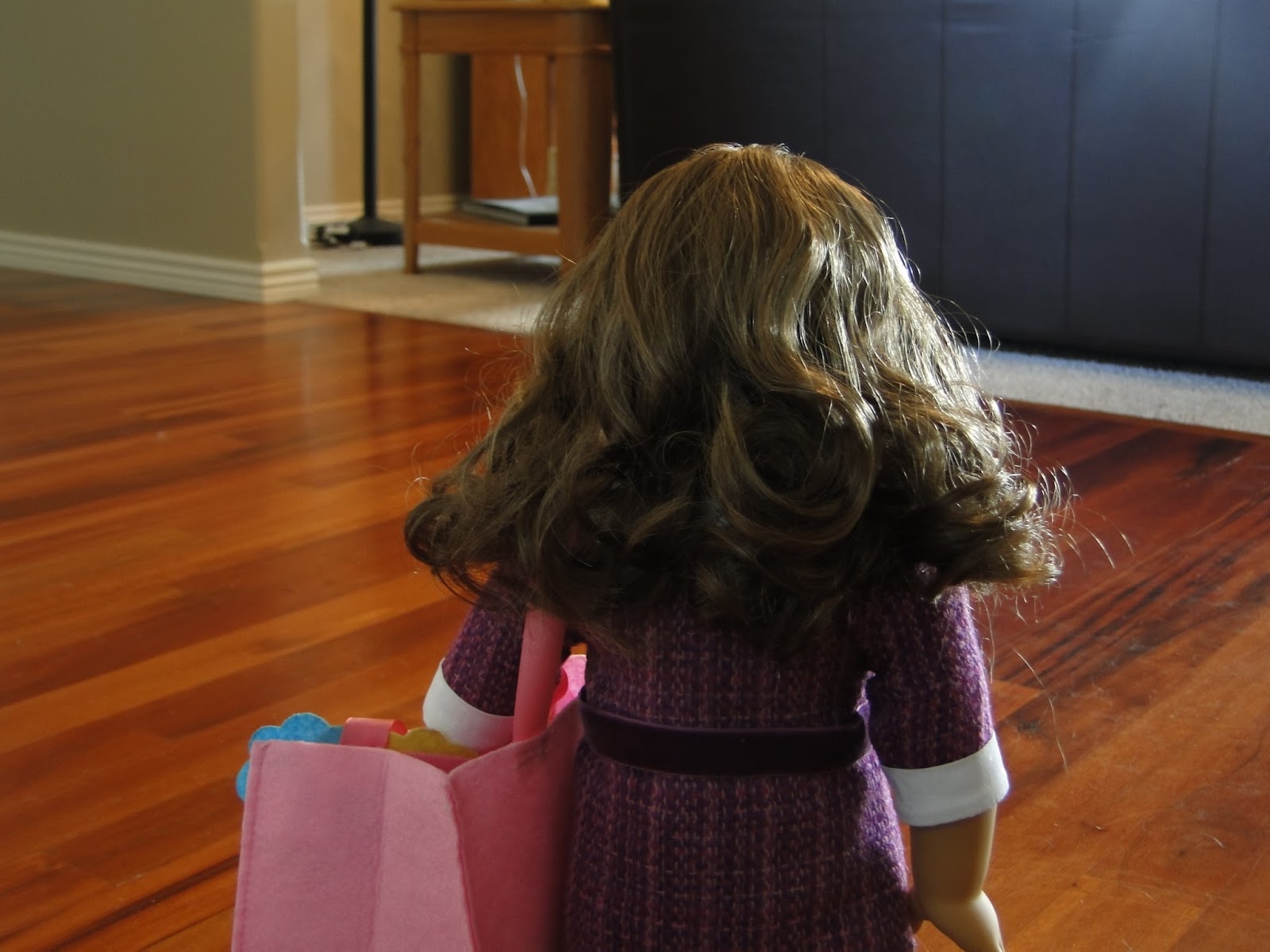 I walked slowly through the house, reveling in the sound of my footsteps padding against the wooden floor. I wasn't paying much attention to where I was going, until two girls flew past me. 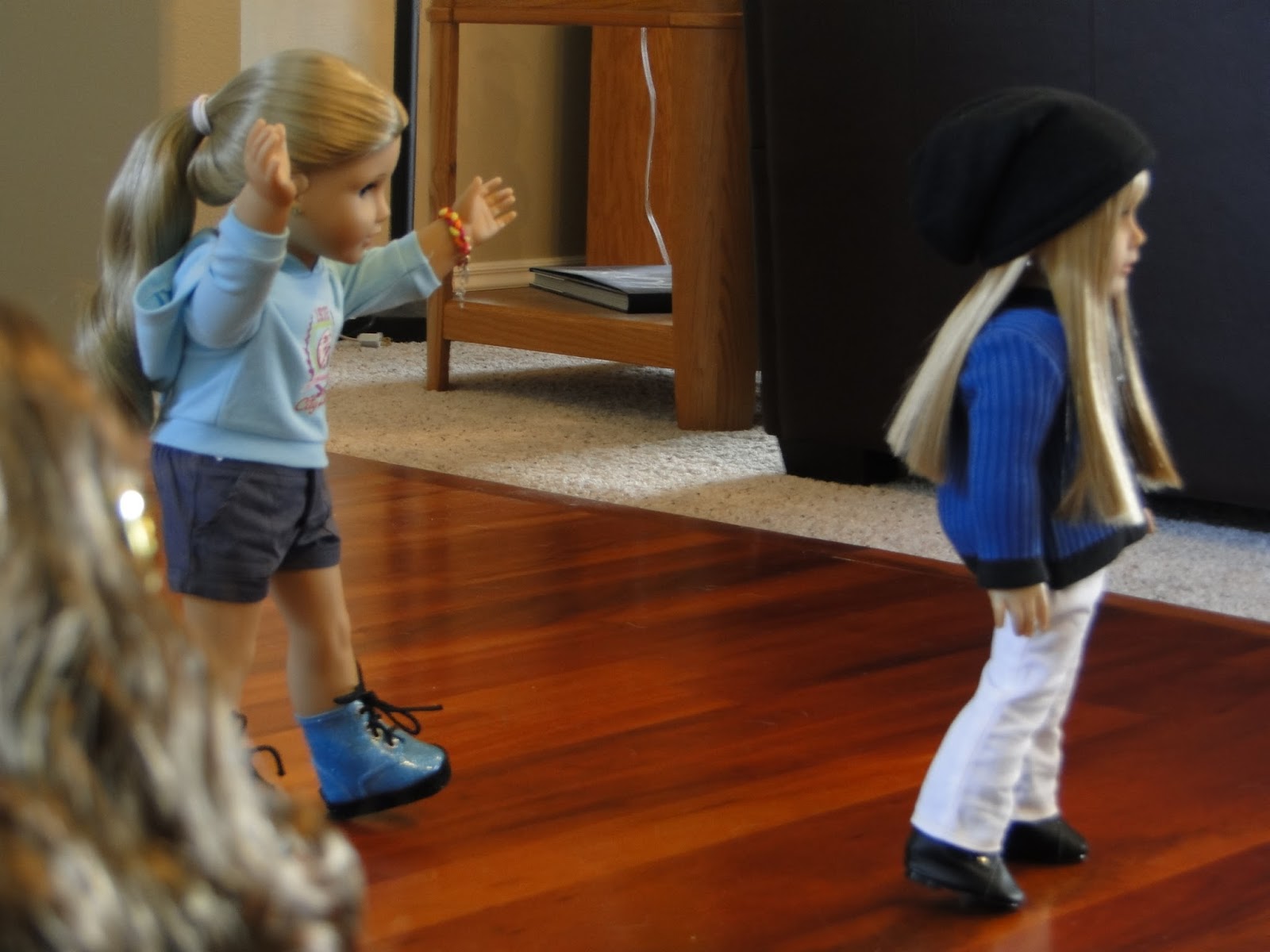 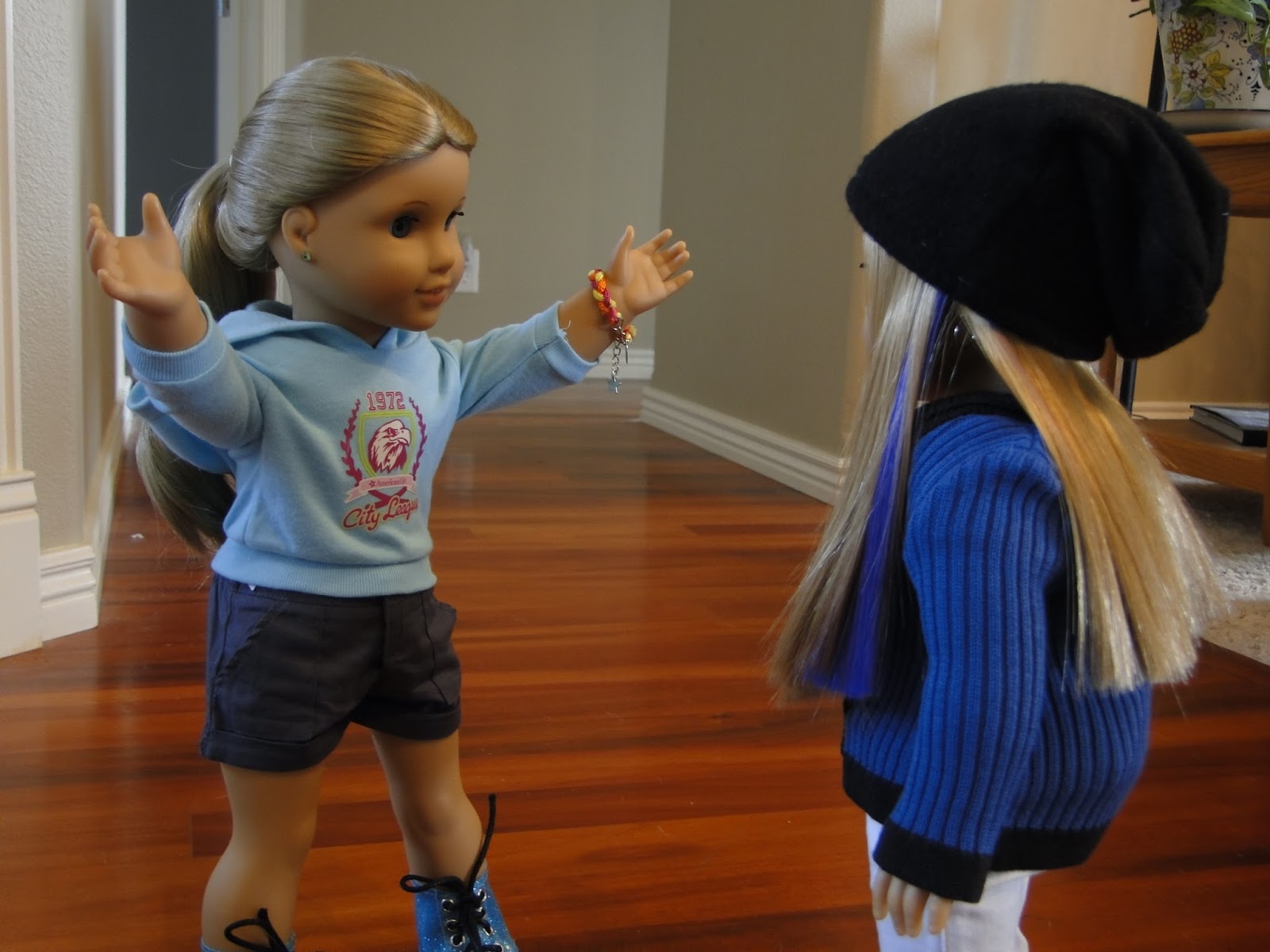 "What do you mean you can't make s'mores Willow?! It's tradition! You don't mess with tradition!"
I blinked twice, staring at the two girls bickering in front of me, who failed to notice I was there. 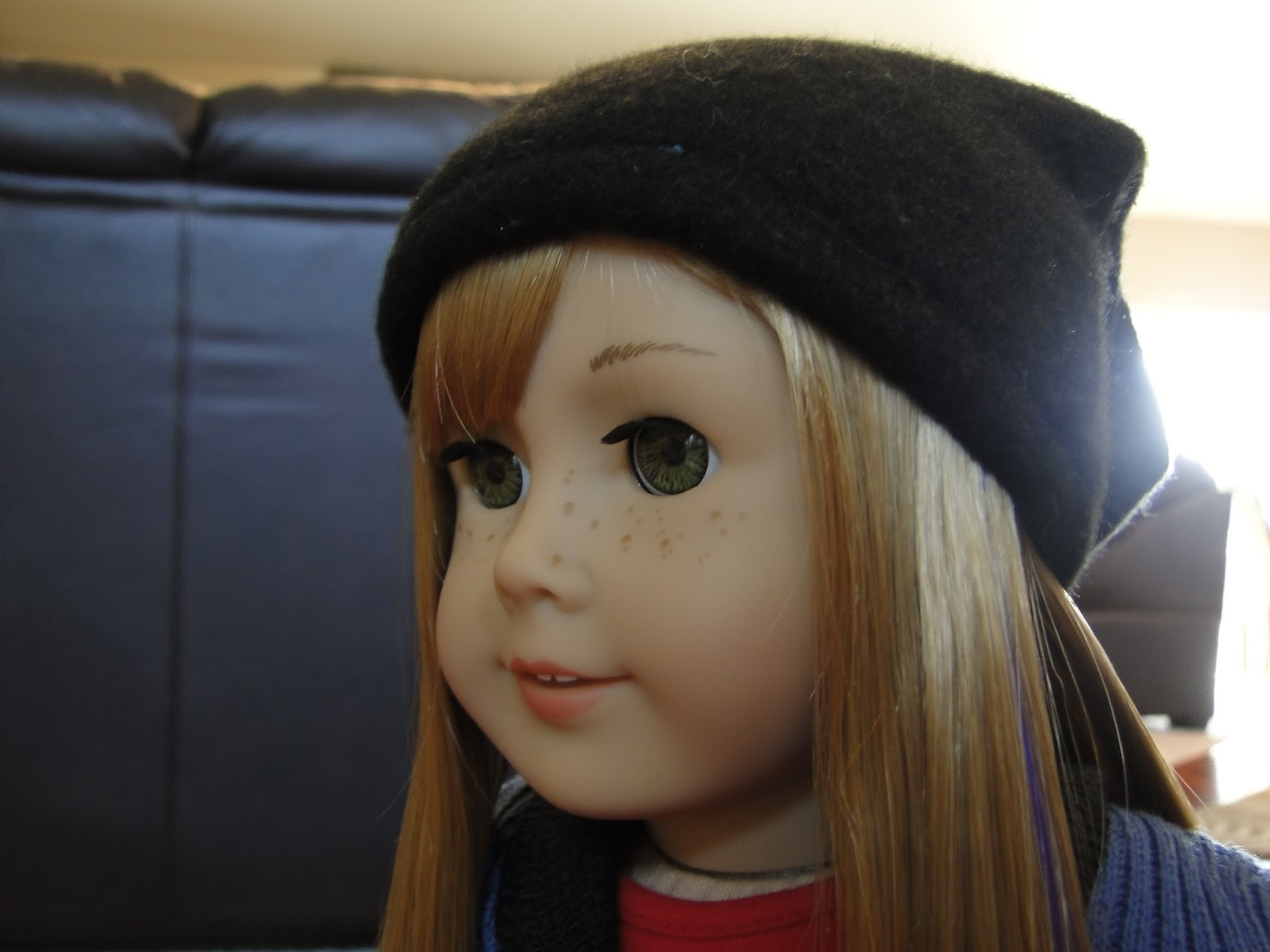 The girl with the long red hair groaned.
"I told you, I don't have time at the moment. I've got stuff to do for Abditus Orbis-" "Bah humbug to Abditus Orbis; I WANT MY S'MORES." 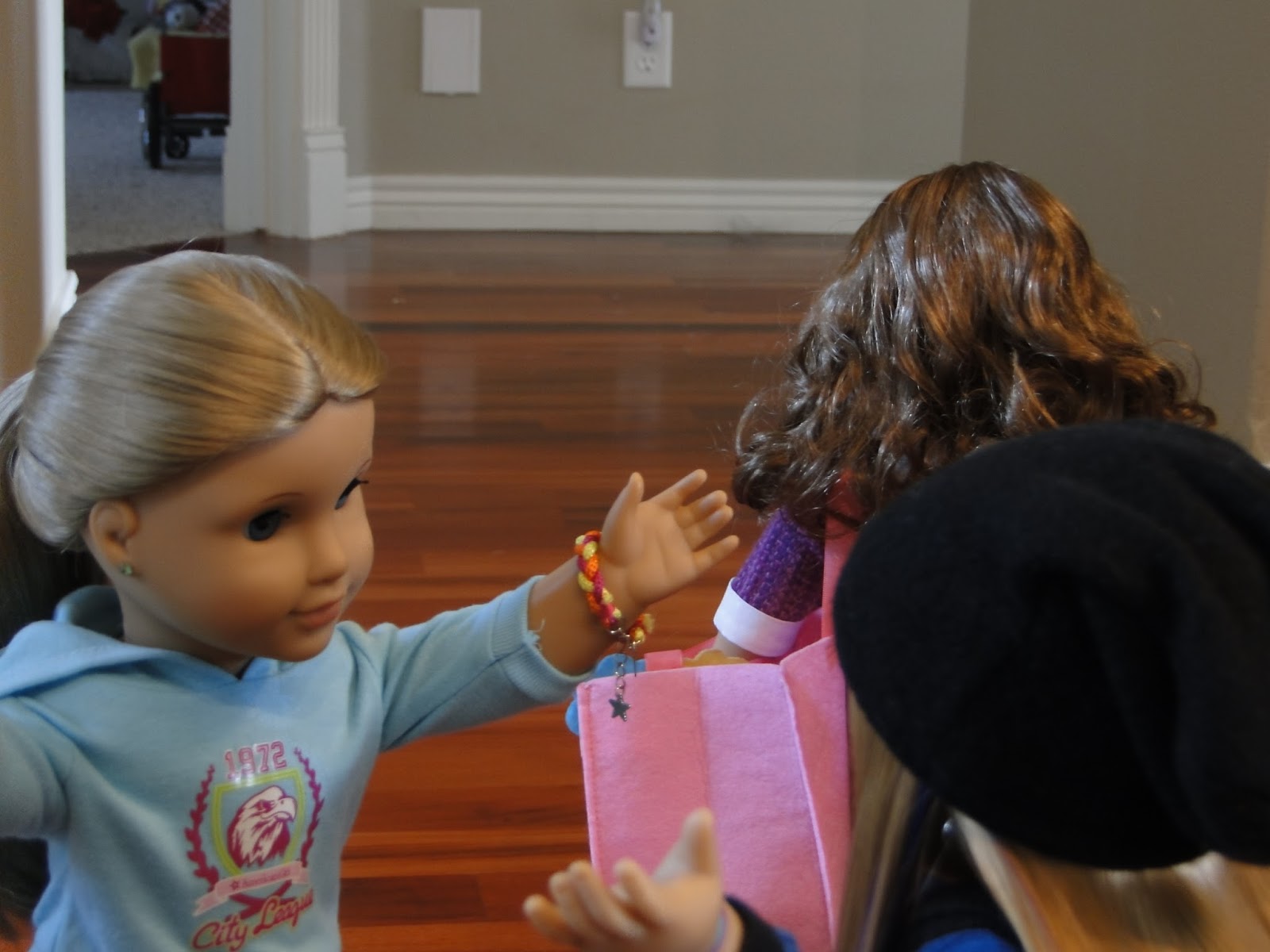 I inched around the girls, who were so entangled in their own fighting they refused to acknowledge my presence and I continued my way down the hall. 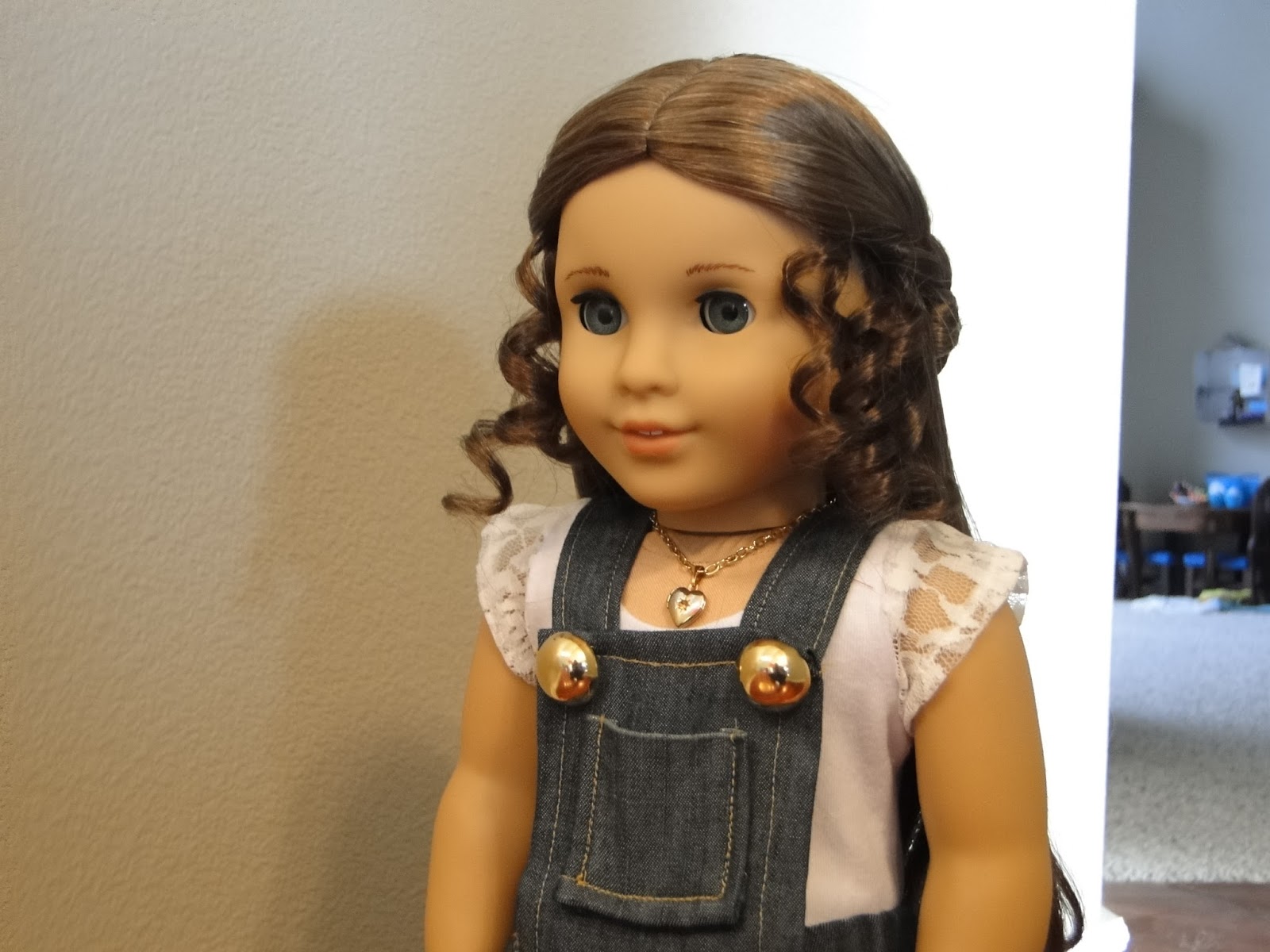 Another girl appeared, but this time I was noticed.
She stopped in front of me and blinked slowly at me.
"Who are you?" She asked quietly, reaching up to fiddle with her golden pendant necklace. 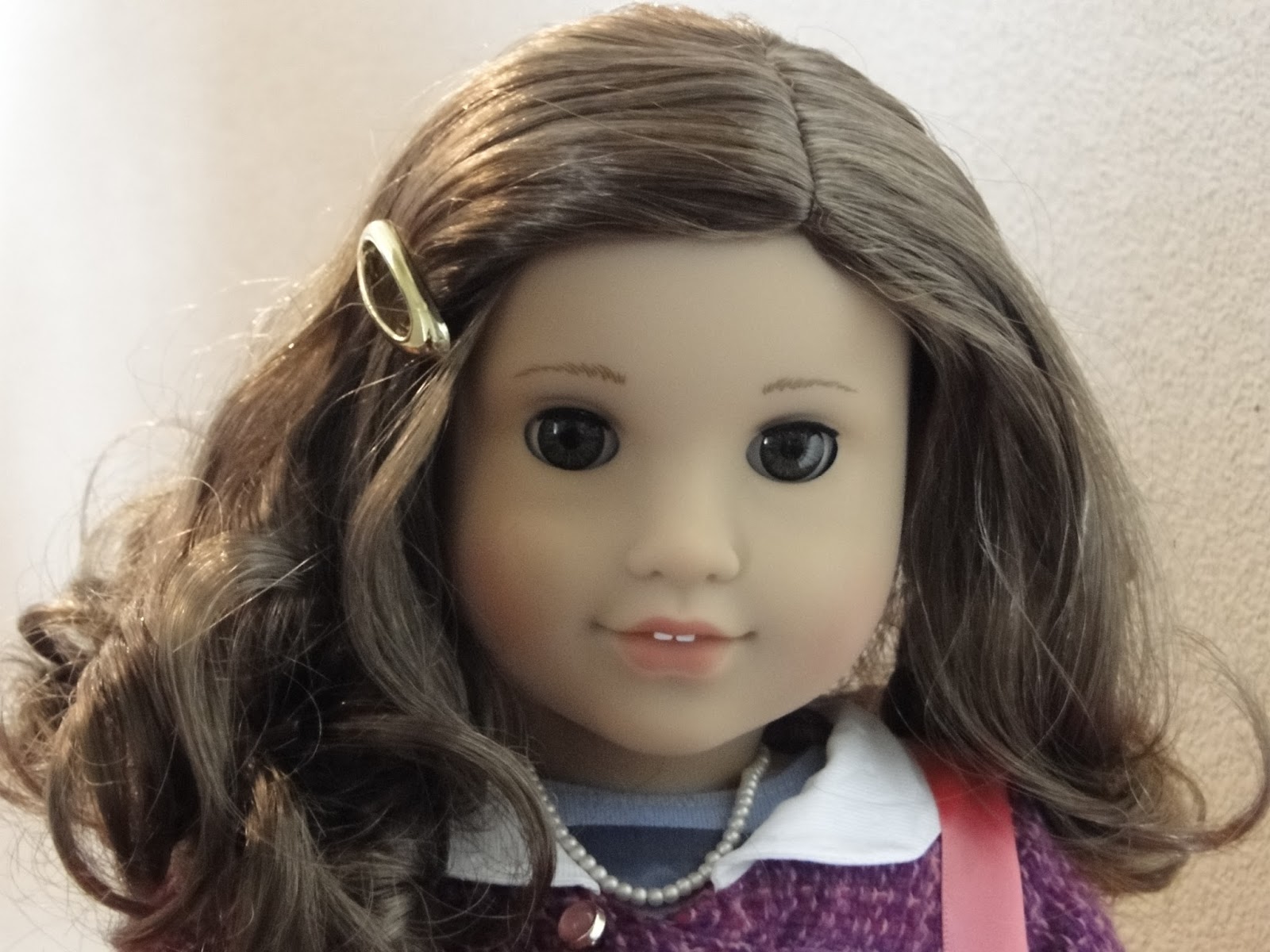 "Clara Oswald Creed." I replied, feeling a happy swell that I had been able to properly introduce myself.
"Pleasure to meet you Clara." The girl murmured quietly. "So you're a new sister?"
I shook my head, curls bobbing.
"Oh no! I'm from England-"
"I noticed that." The girl smiled delicately, and I blushed. It was easy to forget about my accent.
"I'm going to be staying here for a while. I'm like... a transfer student I suppose. My parents though it'd be good for me to travel to new places and I agreed. Adi was nice enough to take me in." I smiled, and the girl smiled back. 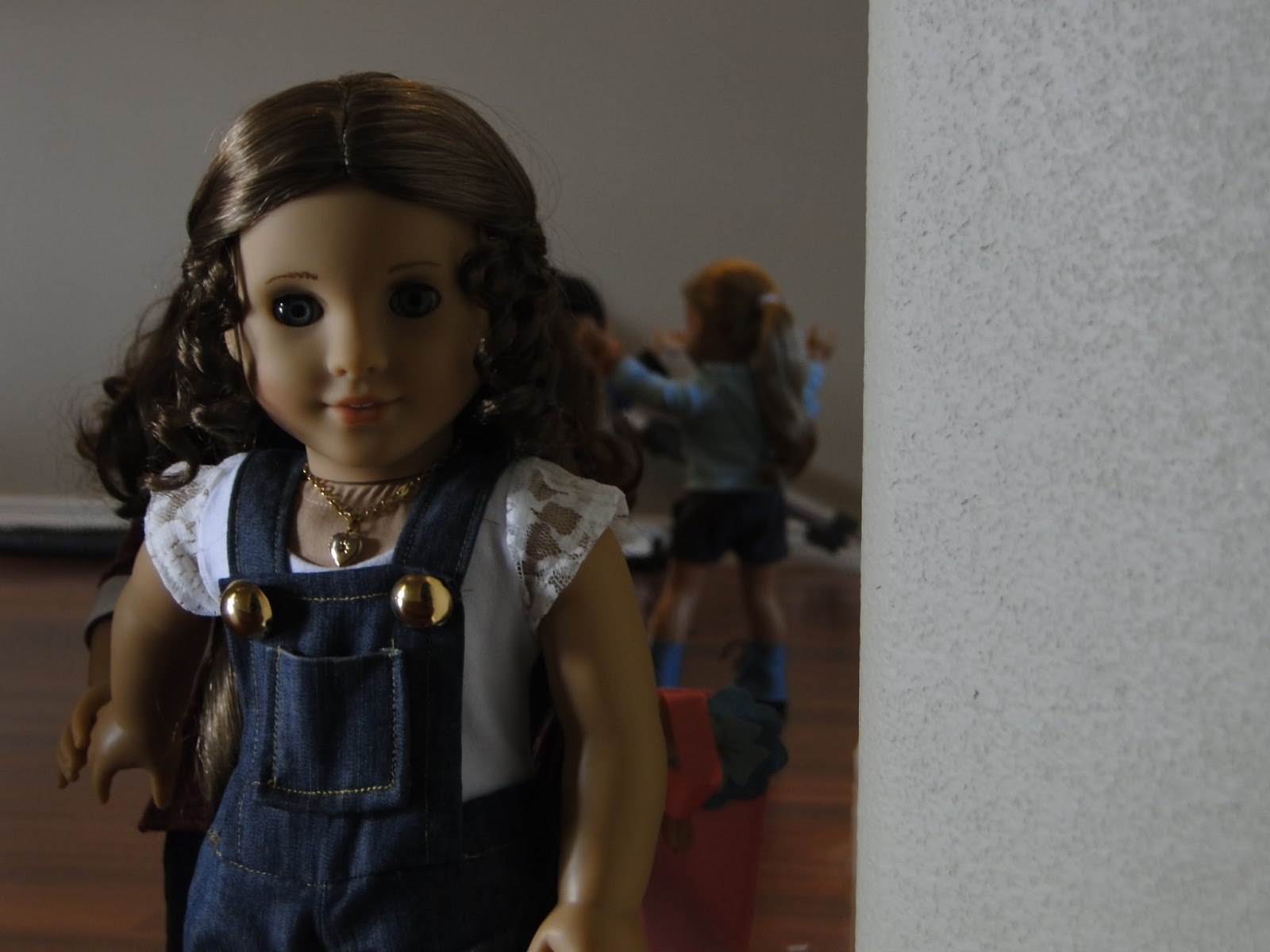 "You'll enjoy it here Clara." She said softly, and then she took my hand. "I'm Marie-Grace by the way. Come on, I'll show you the others." 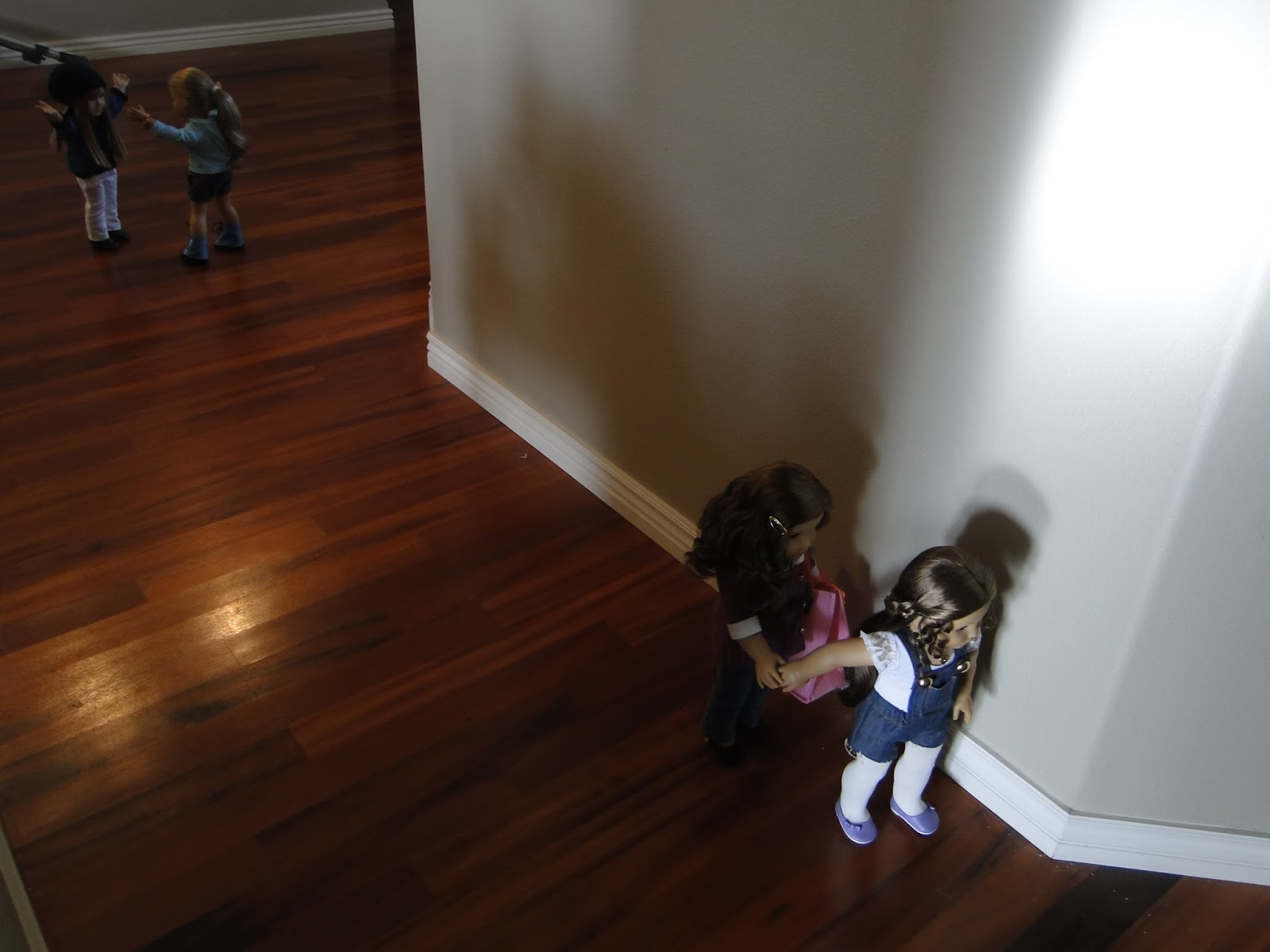 She led me down the hall, away from the girls who were still bickering further back. 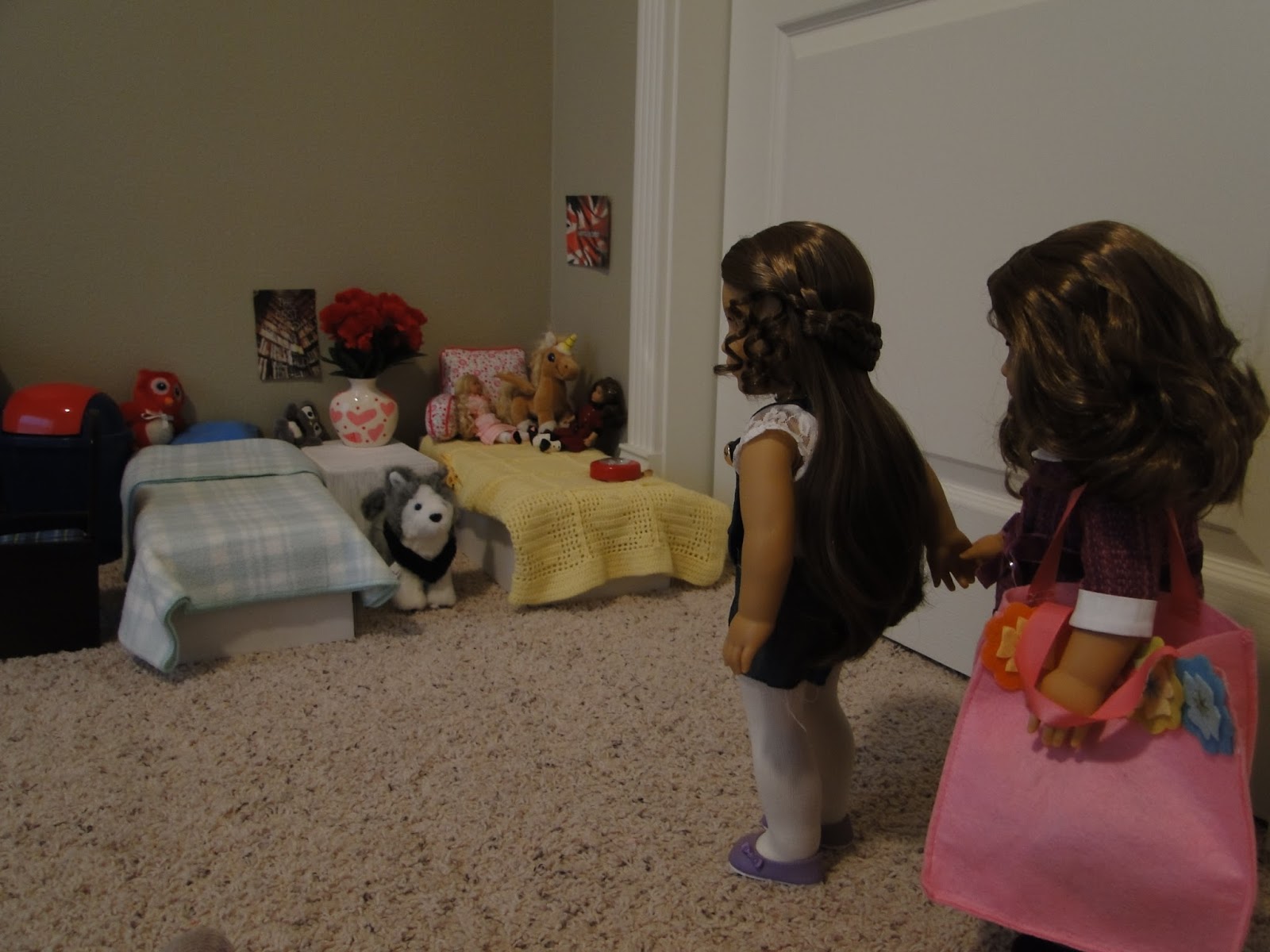 Marie-Grace led me into a quaint room, where a few other people were. 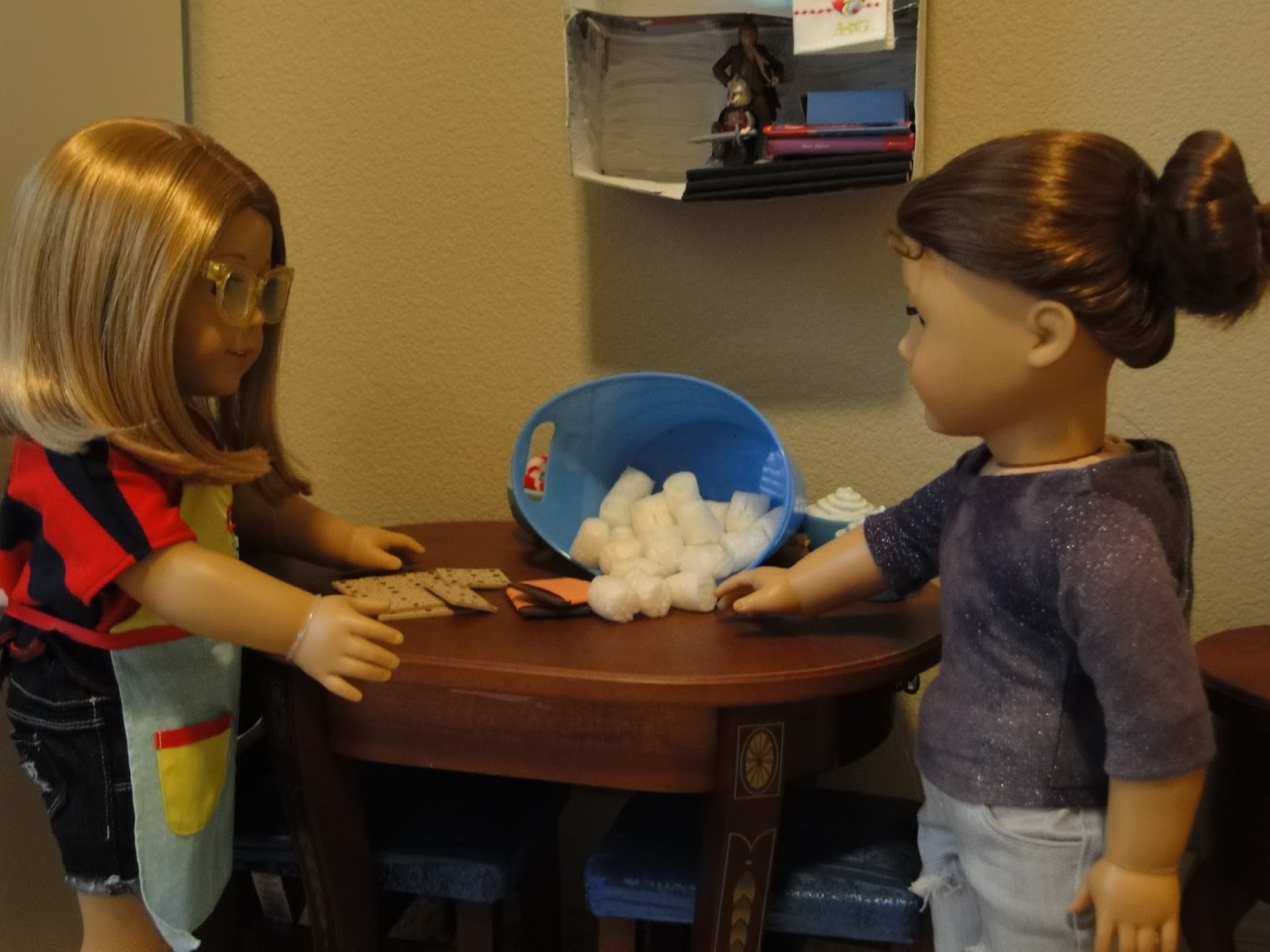 A girl akin to the one I had seen in the hall stood at the dining table with another red-head.
"I asked you to help me try and figure out Willow's s'more recipe 'Lissie. That means you give me suggestions about what to try; not tell me that I'm doing it wrong!"
I immediately sucked in my breath upon hearing the girl with the short hair speak. Her accent... She was British like me?! 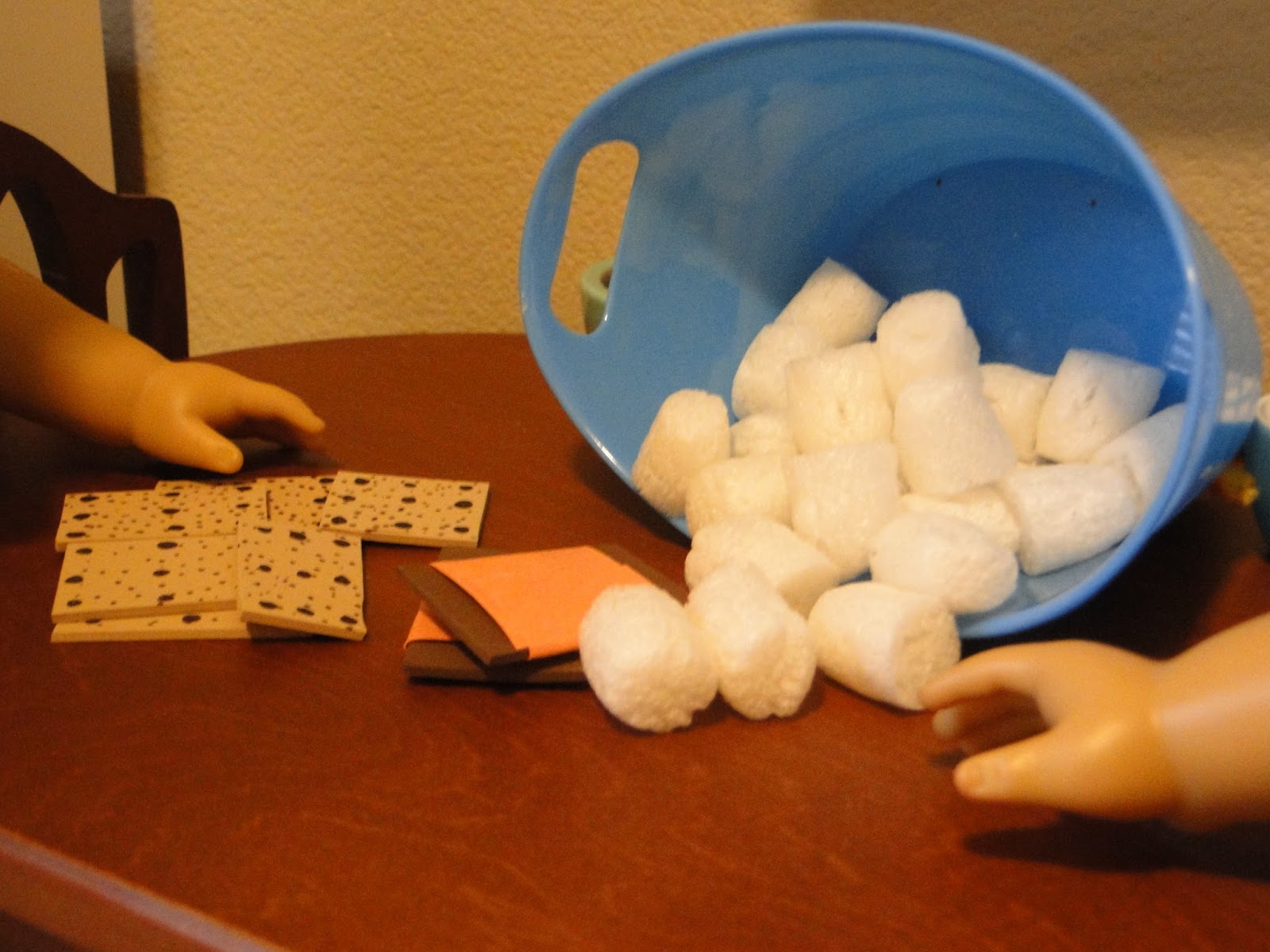 "Well sorry! But what am I supposed to say-I'm not exactly the queen of figuring out recipes!"
I drew my gaze away from the two and examined the rest of the room. 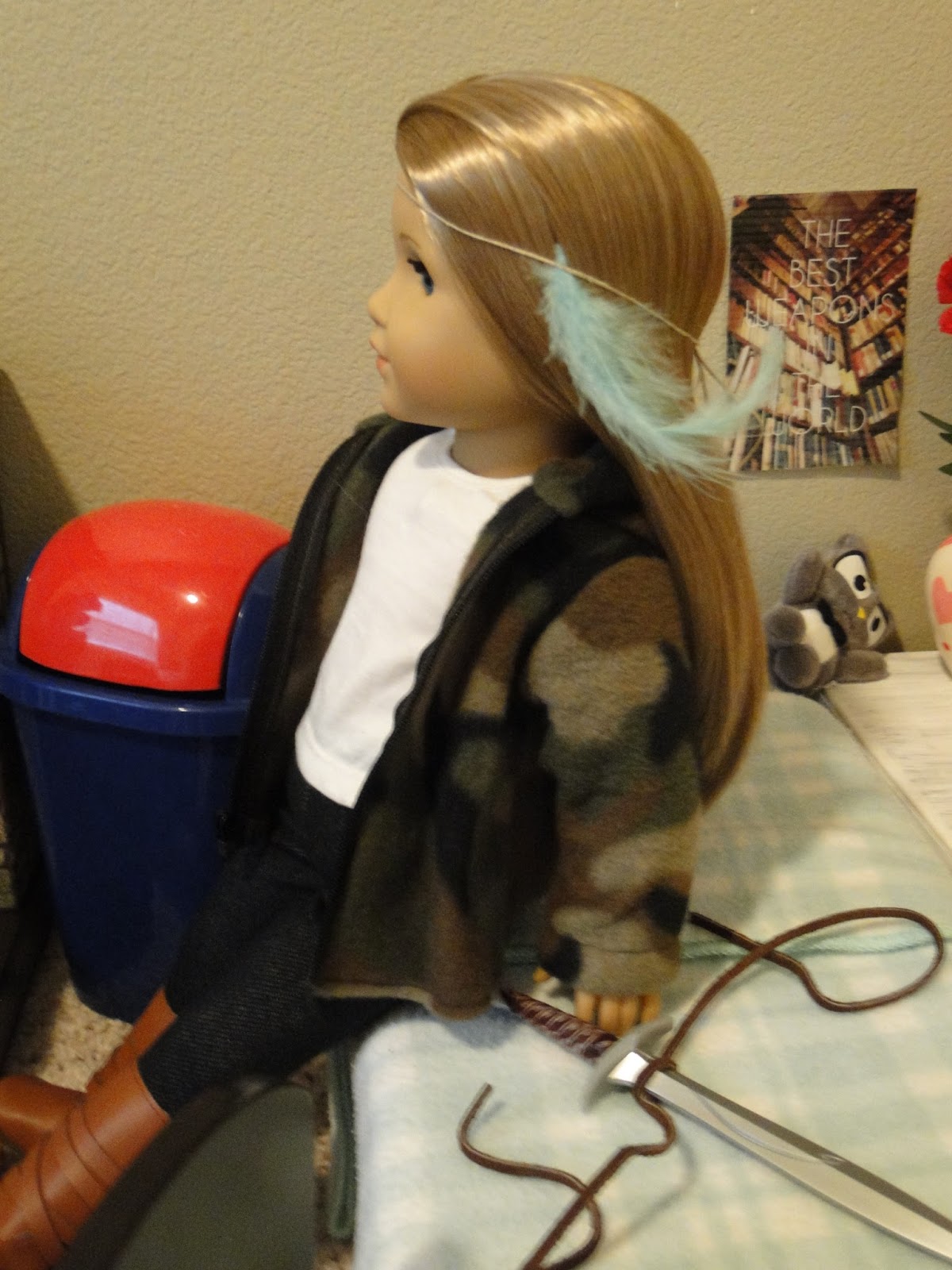 There was another girl in a slightly odd ensemble sitting on one of the two beds set up.
"We're doing a show called Abditus Orbis." Marie murmured, pulling me further into the room. "That's why MK is dressed like that."
"A show sounds like fun." I said, wondering if there'd be a way that I could partake in the fun. 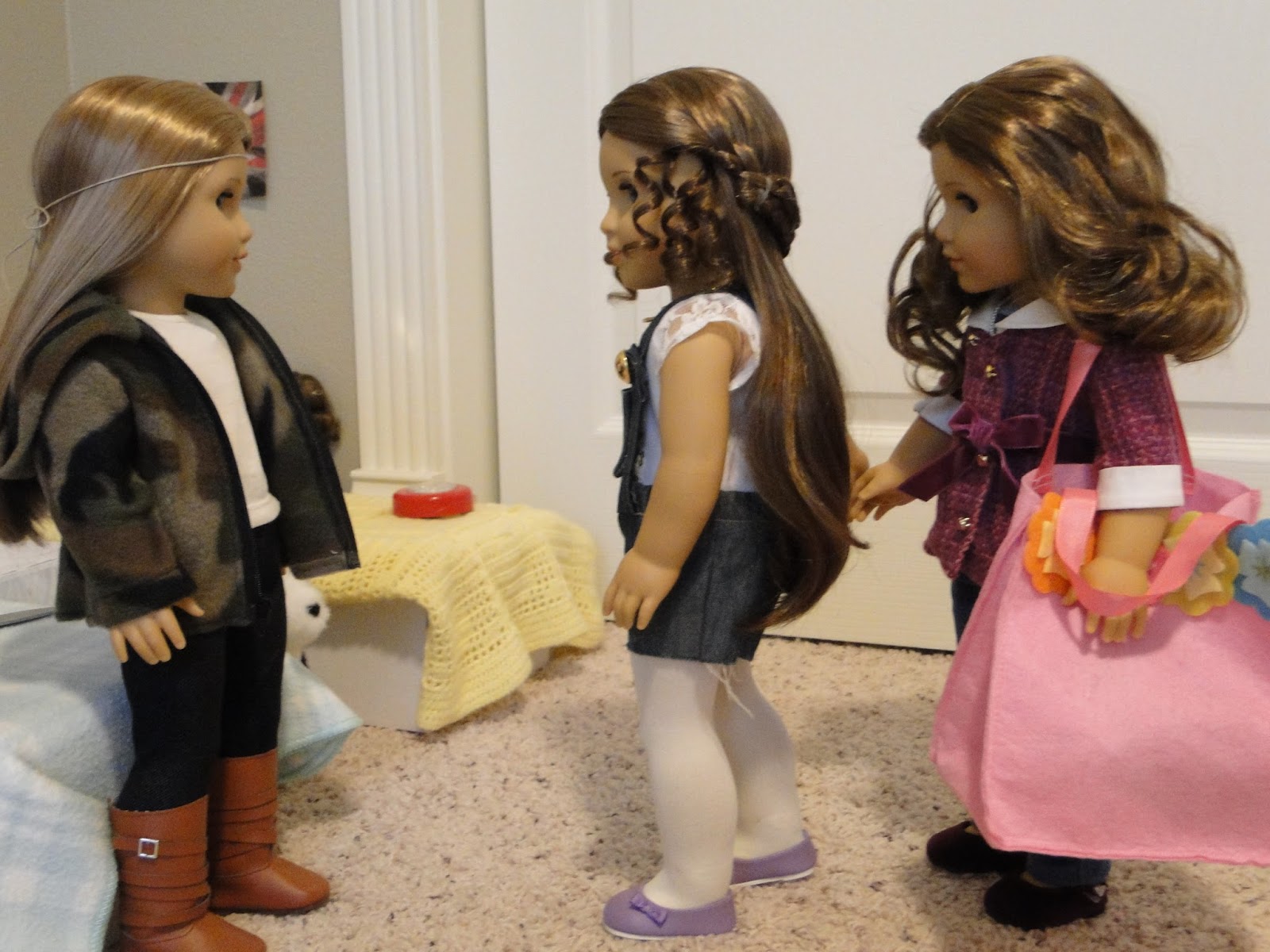 As Marie-Grace led me closer, the blonde girl stood and moved toward us. 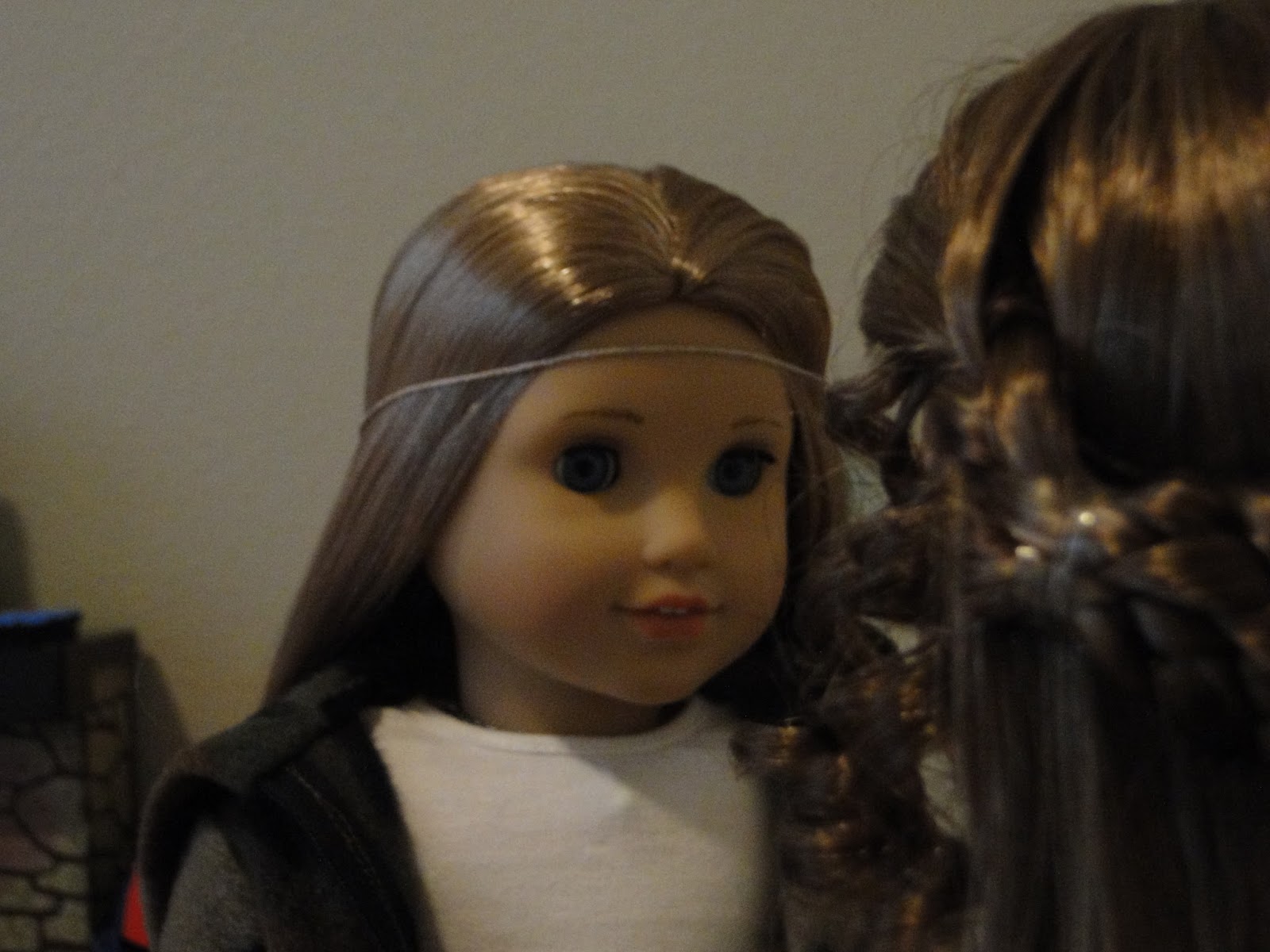 "Don't even tell me that there's another one now."
"I won't, because there's not." Marie-Grace replied.
"Then who is she?" The girl hissed, and I immediately shrunk behind Marie. 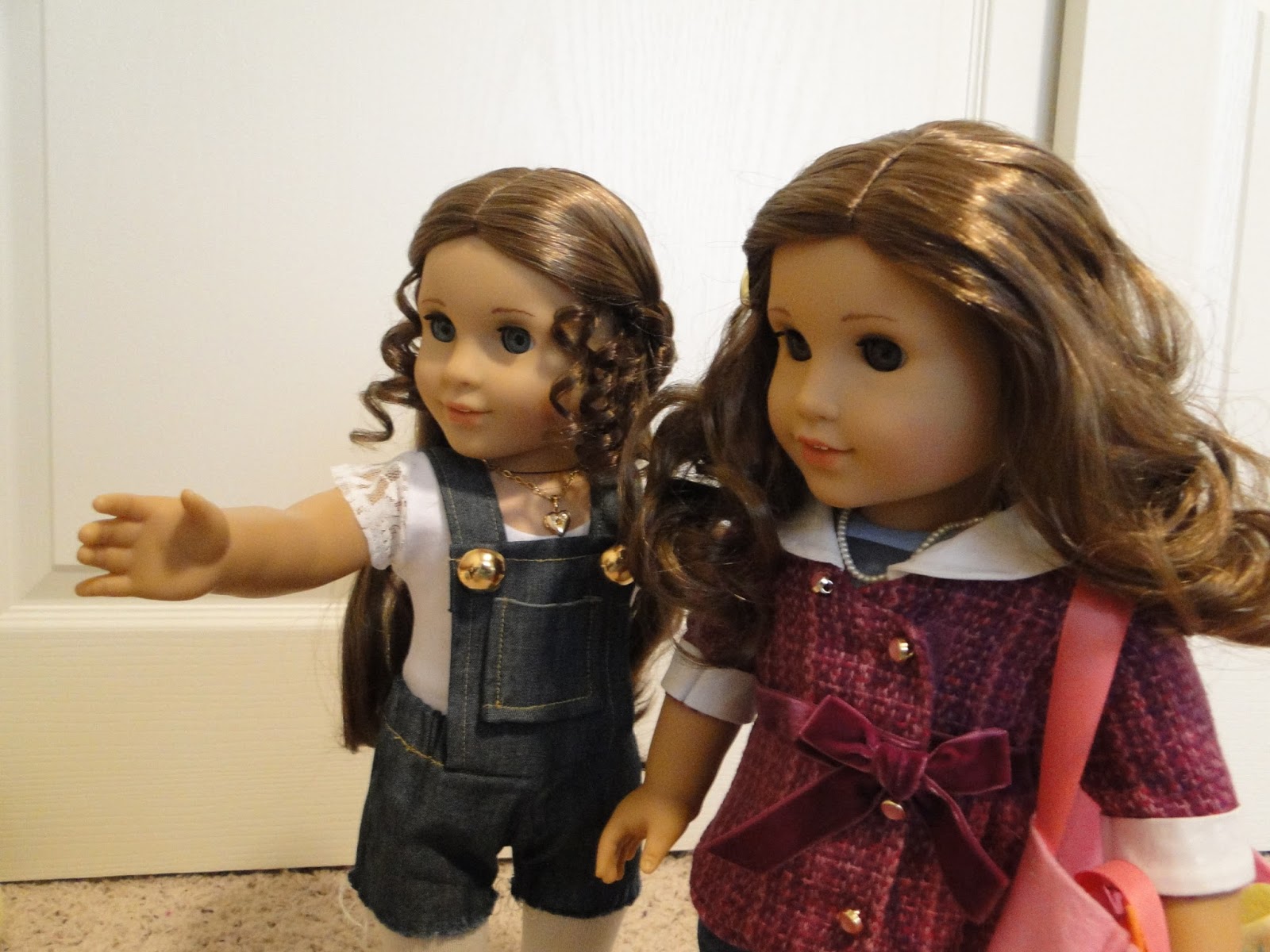 But of course, she moved aside and put me in plain sight of the other girl.
"This is Clara Creed. She'll be staying with us for a while." 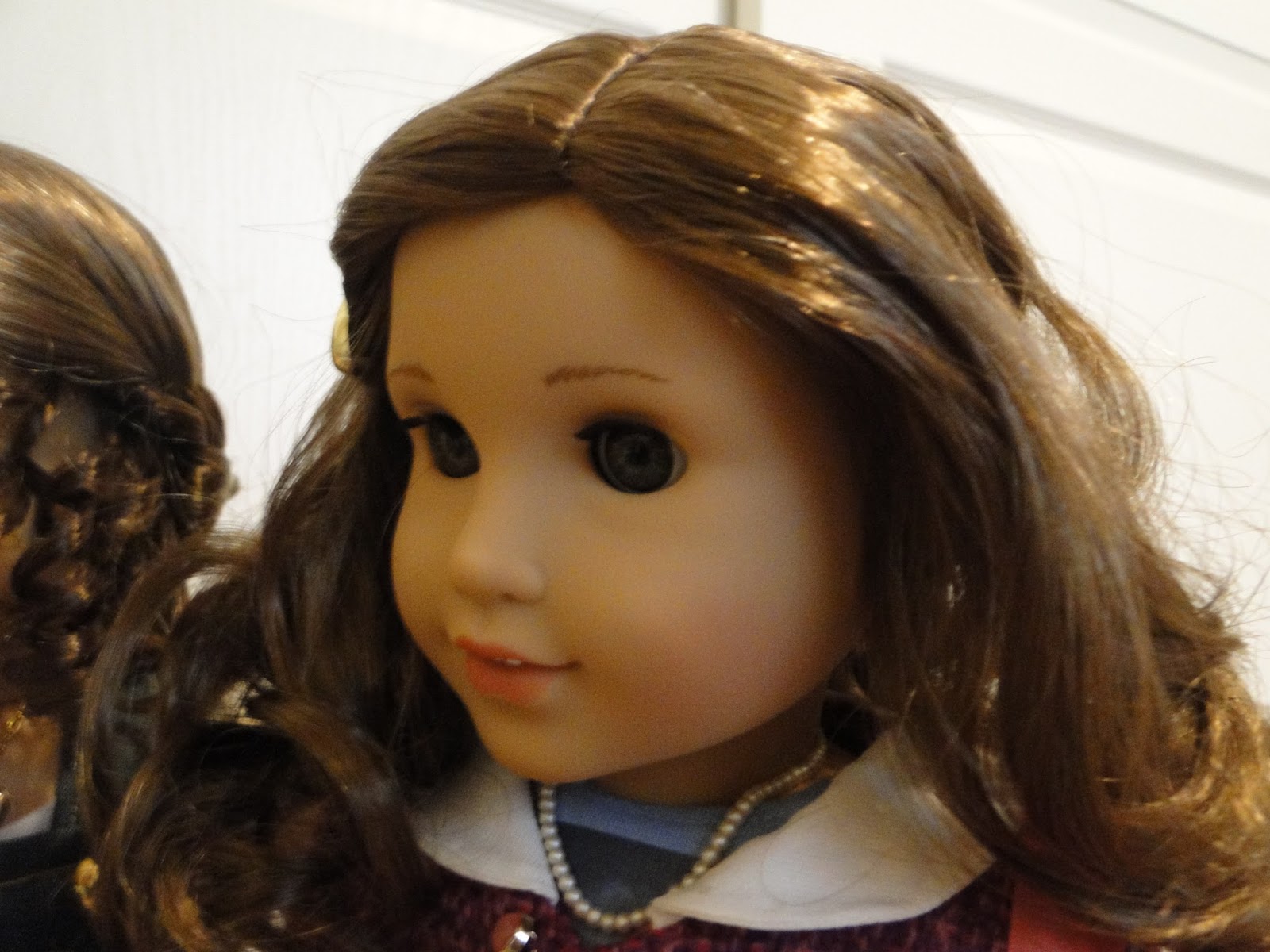 I nodded and smiled, feeling my stomach turn. I wasn't usually shy, but this girl intimidated me. She held herself in such a confident way, and it was clear that she wasn't particularly the kindest. 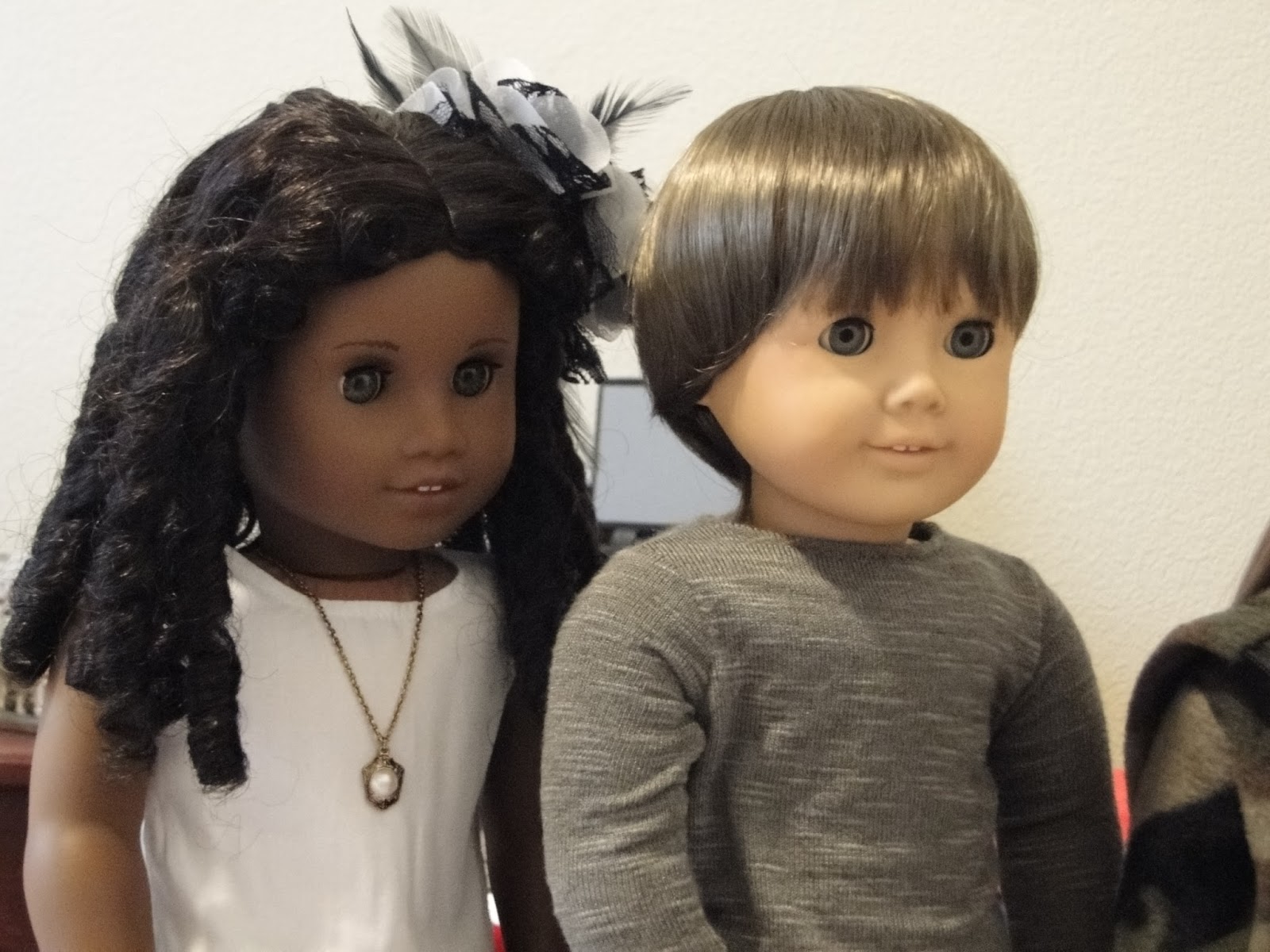 Two more people appeared, and I tried to focus on them instead.
"Who's this?" The girl asked, and I touched my hair subconsciously, wishing for a second that I had ringlets like hers.
"Oh yes!" The boy exclaimed in a thick Scottish accent. "I'm not the new one anymore! Right?"
I managed a weak smile, before Marie pushed me forward and settled me in a chair. 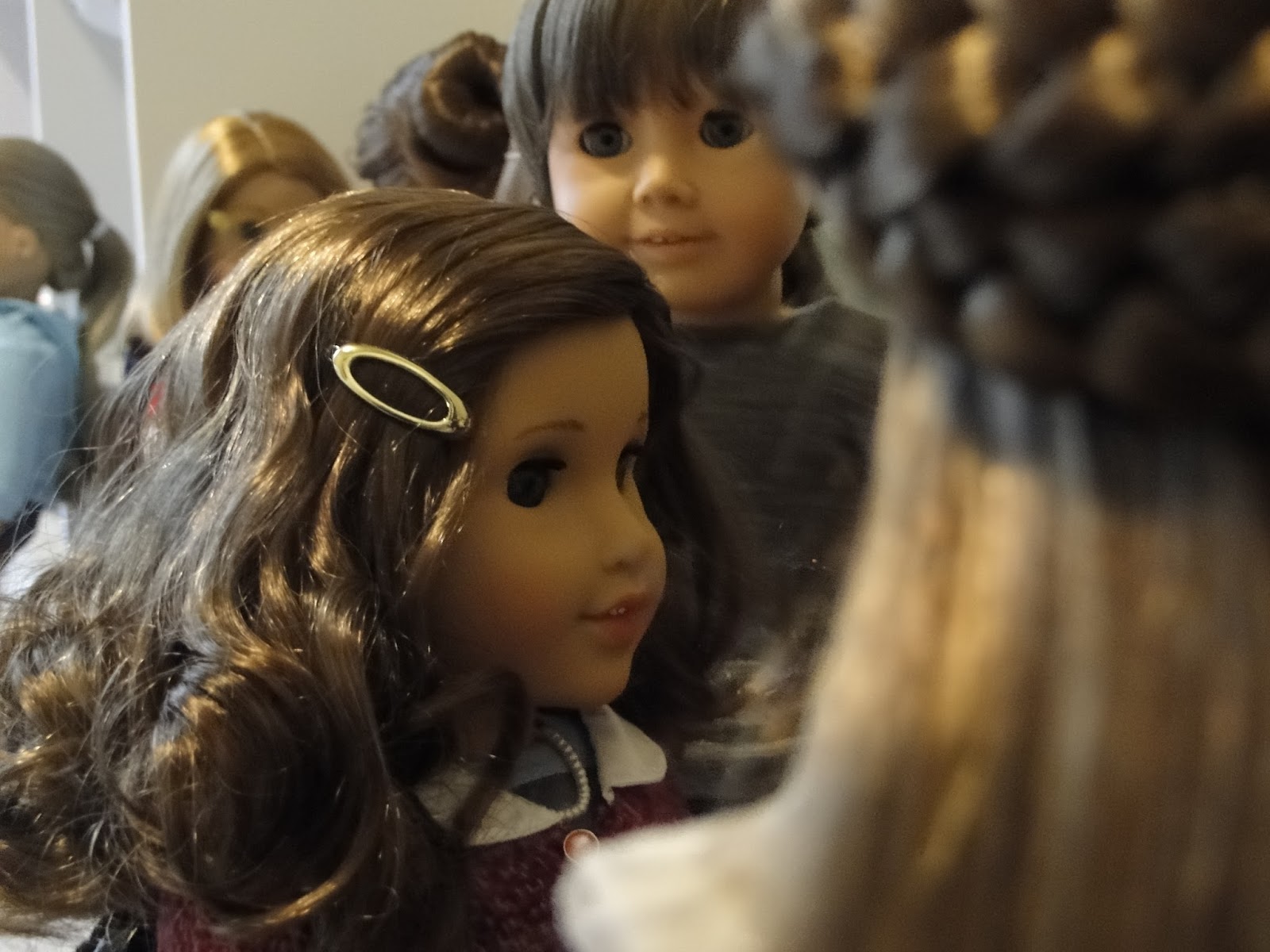 The others crowded around me, and the girl with the ringlets introduced everybody.
"I'm Cecile, this is Finley, and you've already been acquainted with MK."
"Nice to meet you all." I whispered, growing shyer by the second. I hated myself for it; it wasn't who I usually was, but it wasn't like I had a choice about it. 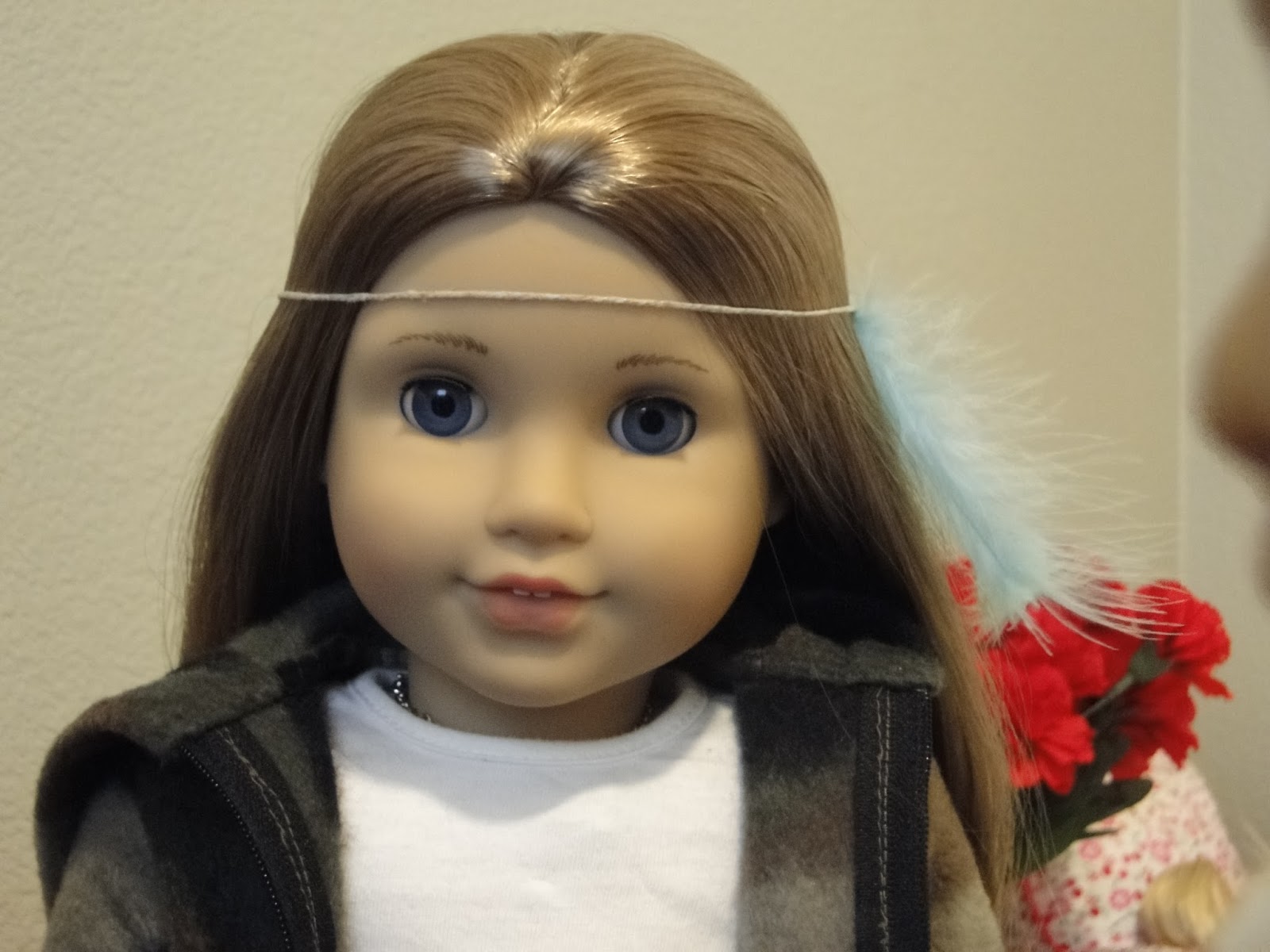 "So you're not going to a part of our family?" MK asked, eyebrows drawn together.
I shook my head.
"I'll be staying with you guys for a long while, but no, my real family is back in England-"
There was the sound of something clattering against the floor and then rapid footsteps. 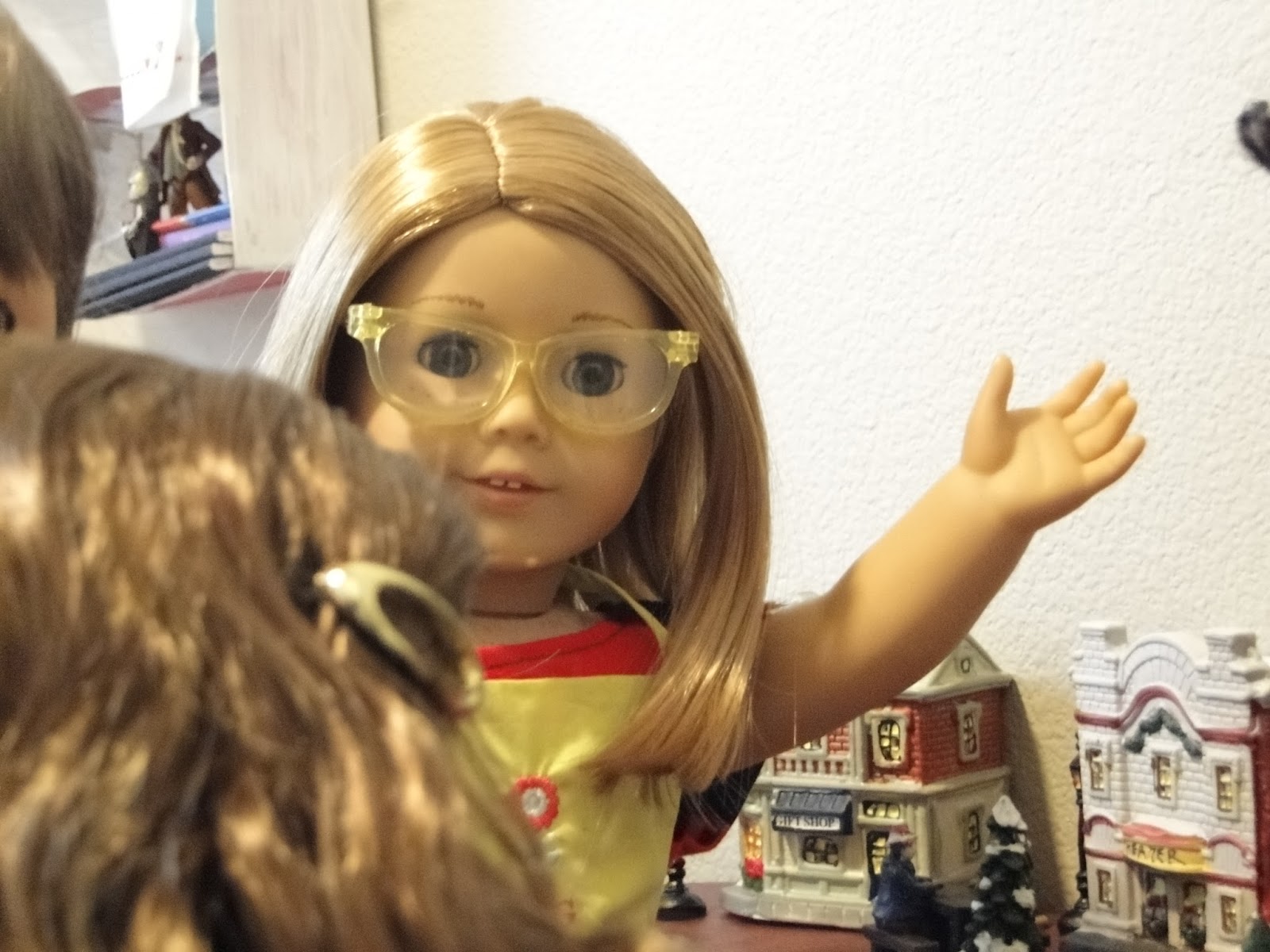 "SHUT UP." The girl with short red hair appeared between Finley and Cecile.
"You're from England? Dear lord, this is the greatest. What area are you from?!"
I smiled at the ecstatic girl, feeling a tad better with somebody from my home country.
"I'm directly from London." I answered, and the girl bit back a squeal.
"I grew up nearby there! Oh, this is so great!"
I grinned, as a volley of questions was launched at me. 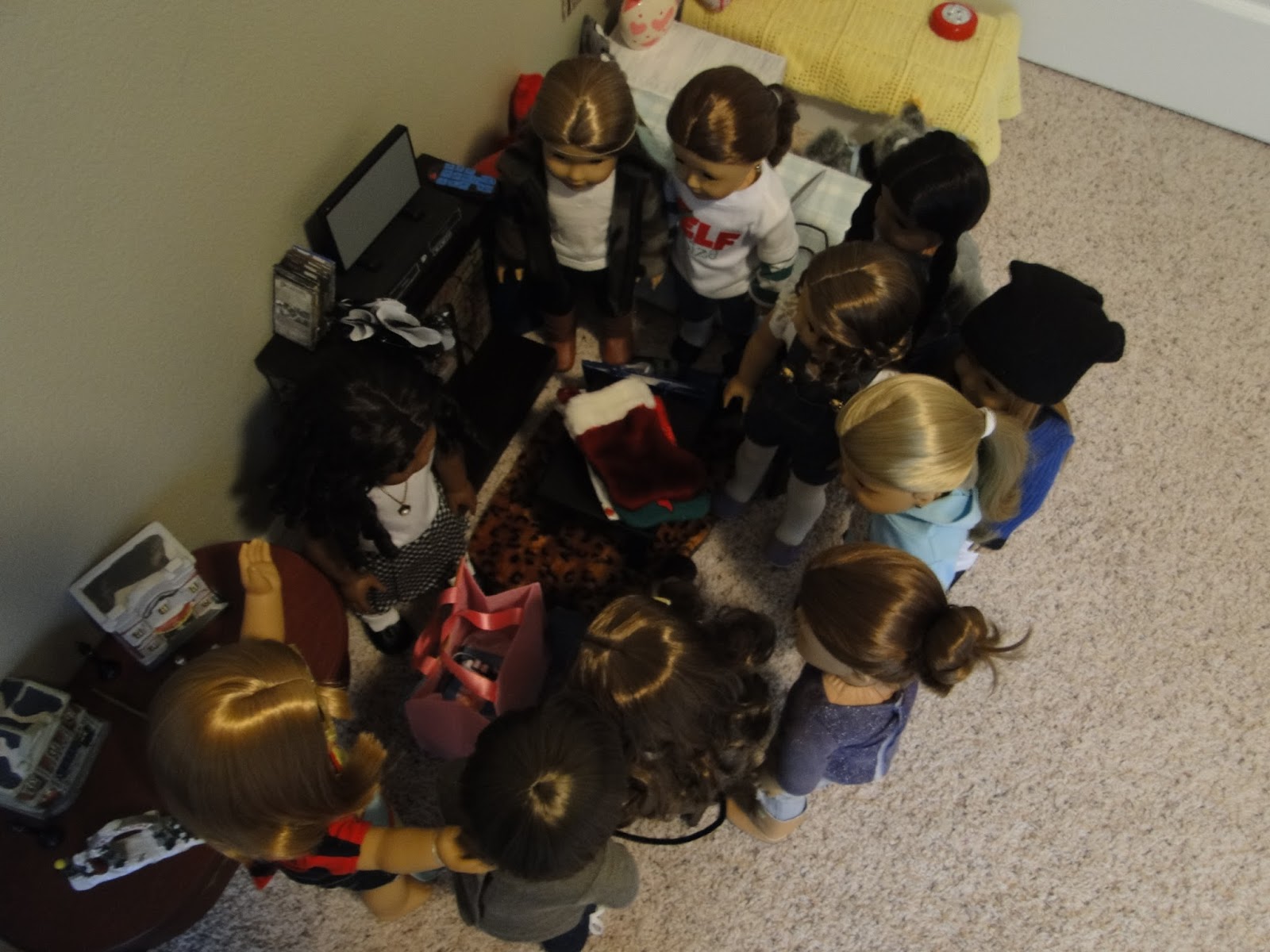 As I talked, more girls began to gather around. I lost track of how many appeared, and I realized just how big of a family I was staying with. I felt incredibly shy, but I swallowed the feeling and tried to smile. After all, I'd be here for a while.

THIS WAS SO UNEXPECTED.

My grandma and my family have a tradition of opening a few Christmas presents early until Christmas actually arrives.
She never usually does stuff like this.
I was so utterly shocked I almost started crying.
But yes; Rebecca has joined the family although I have renamed her to Clara.
And no, I don't watch Doctor Who (I wish. :P), but I have a friend, Kels, who is a big fan of it, so I have some knowledge of the show. We both agreed that Rebecca reminds us of Clara, and I felt like this is the one time where I needed to rename a Historical doll.
So Clara Oswald Creed has joined the family.
And I'm still in shock.
I just....
I don't know.
All I know is that I'm so thankful to my grandma.
Thank you grandma.
You're the sweetest and most generous.
^-^

And the story with Clara not being "a part of the family" is because I've started to yearn for having dolls that aren't related, allowing me to do more things. So Clara is the first one who isn't "adopted" by moi, but she'll be here forever. xD

Have a great Tuesday everybody.