Hola compadres.
Google's telling me I didn't spell that right. Anybody who takes Spanish care to correct me if I'm wrong? xD

Anywho.
This week's subject is Charlie, considering we had a few people ask to hear the family's thoughts about her next.
Before we start though, I was curious...
Since I'm not doing a photo-story on Tuesday, would you guys like to see this take it's place on that day?
Let me know below. =)

Ahem. We should probably get started.
This'll likely get ugly.
xD 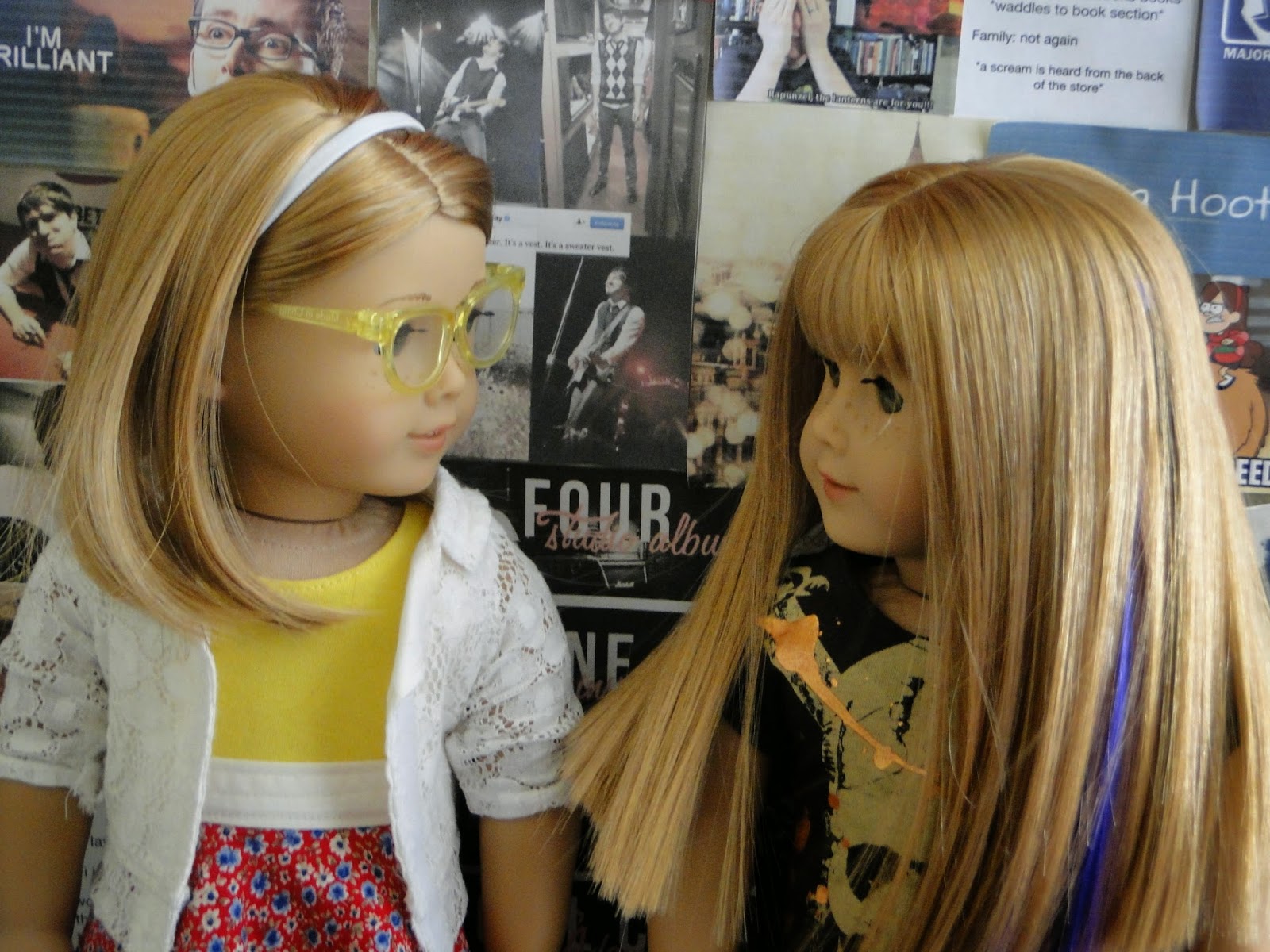 Willow: Charlie is my twin, my other half, my...
MK: Peanut butter to your jelly?
Willow: ...Sure why not. She's the greatest sister I could ever ask for, and she's a huge support to everybody.
MK: Come on, tell them about her accent already before I just got ahead and do it for you.
Willow: Impatient much MK?! Ugh. Anyways. Yes, Charlie's got a British accent, and lived in England for most of her life. When we were young we got split up; I landed in a foster home in America, and she ended up in England. I had no memory of her at all, until she walked through the door last Christmas and Adi told me that she'd found we were twins. We'd be identical, if one of changed our hair to look like the others.
MK: Okay, okay, Ms. Sob Story. You're missing the big picture. THIS GIRL GREW UP IN LONDON. SHE'S GOT AN ACCENT FOR PETE'S SAKE.
Willow: McKenna, has Adi talked to you about getting some help? Because if not, she needs to seriously look into it. 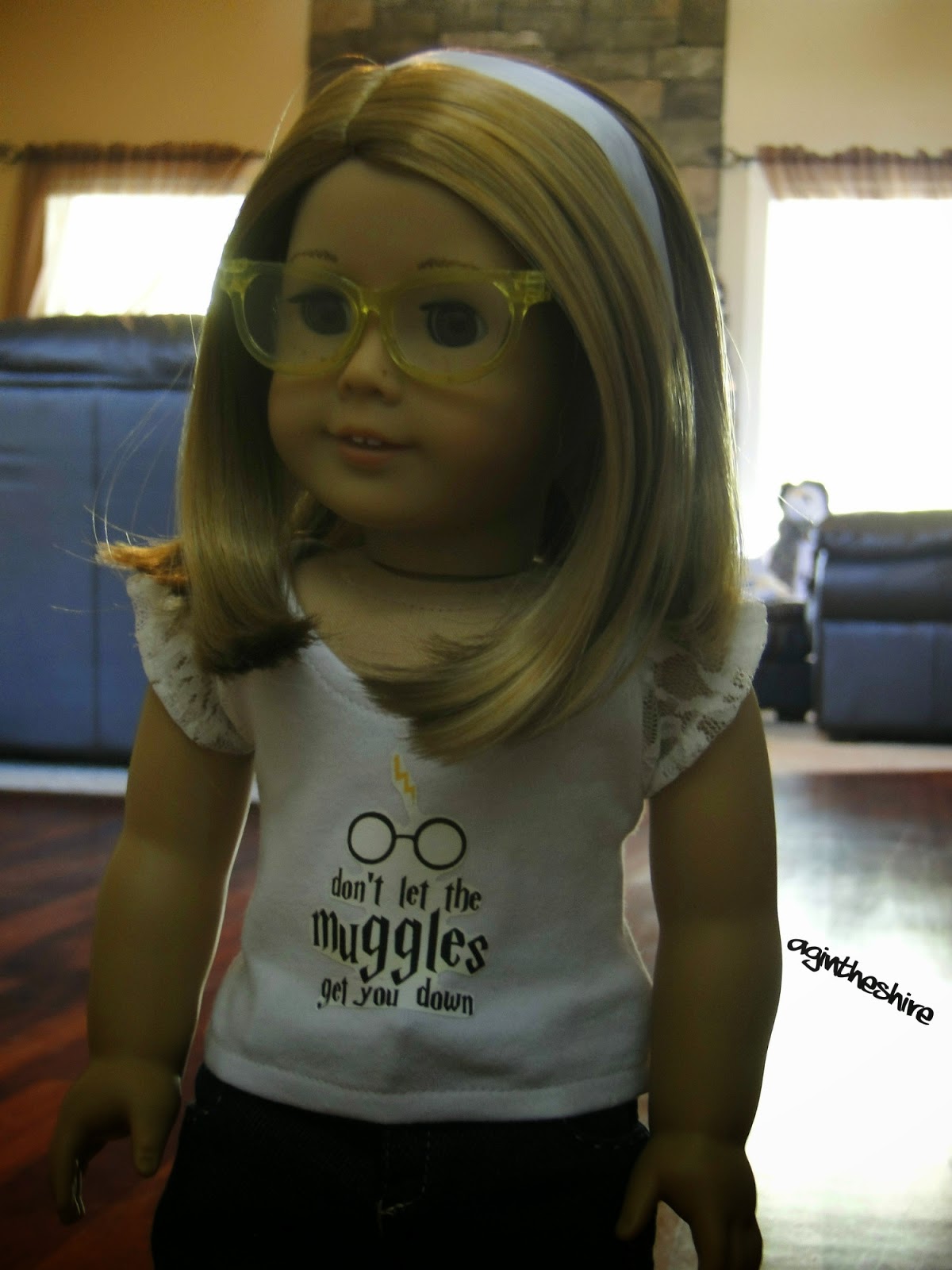 Marie-Grace: Charlie's great. She says she can only be described as "nerdy." She's great fun to talk to, and she's really smart.
Saige: I love Charlie. I don't think she could be mean if she wanted to... I mean, she can, and has... sorta, but I don't think she wants to. Sometimes she just gets to the breaking point. She's really resilient though, and she's the only one of us who can keep a straight face when MK is on an annoying rampage.
MK: An annoying WHAT?!
Saige: Mom, you hid all the spoons right...? 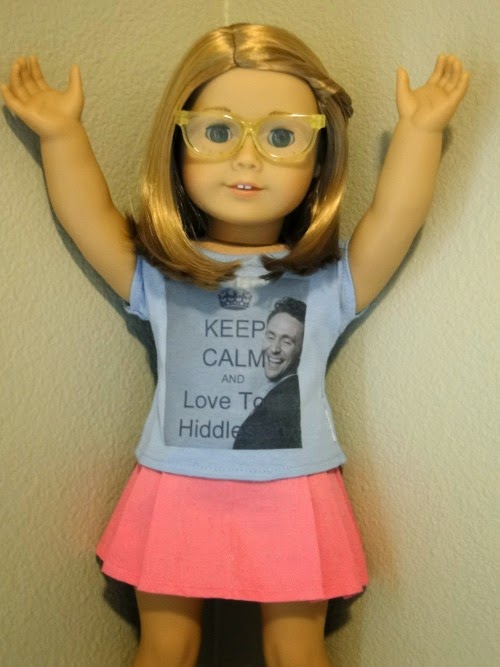 MK: I don't like her. She picked Tom Hiddleston over Orlando Bloom. Who does that?!?!
Charlie: Oh lord McKenna, not this again.
MK: I mean really, you say I'm not right in the head. It's you who's not right in the head Charlie.
Charlie: MK, I'm really tired of talking about this.
MK: Too bad. Cause I mean, how could you not like-
Charlie: Deep breaths... deep breathing.... that's the key.... don't.... strangle... her... Cecile: Willow and Charlie are the sweetest sister ever.
Elizabeth: It's funny, because no matter how much they try to stress that they're different, they often end up finishing each other's sentences.
Felicity: It's always funny when they're together. Neither can get a full sentence in because the other twin knows exactly what they're going to say.
Elizabeth: It's like one of those weird twin things they're always testing for... y'know, like if they can read each other's minds or whatever.
Cecile: I think it's just because they spend a lot of time with each other. They do share a room. 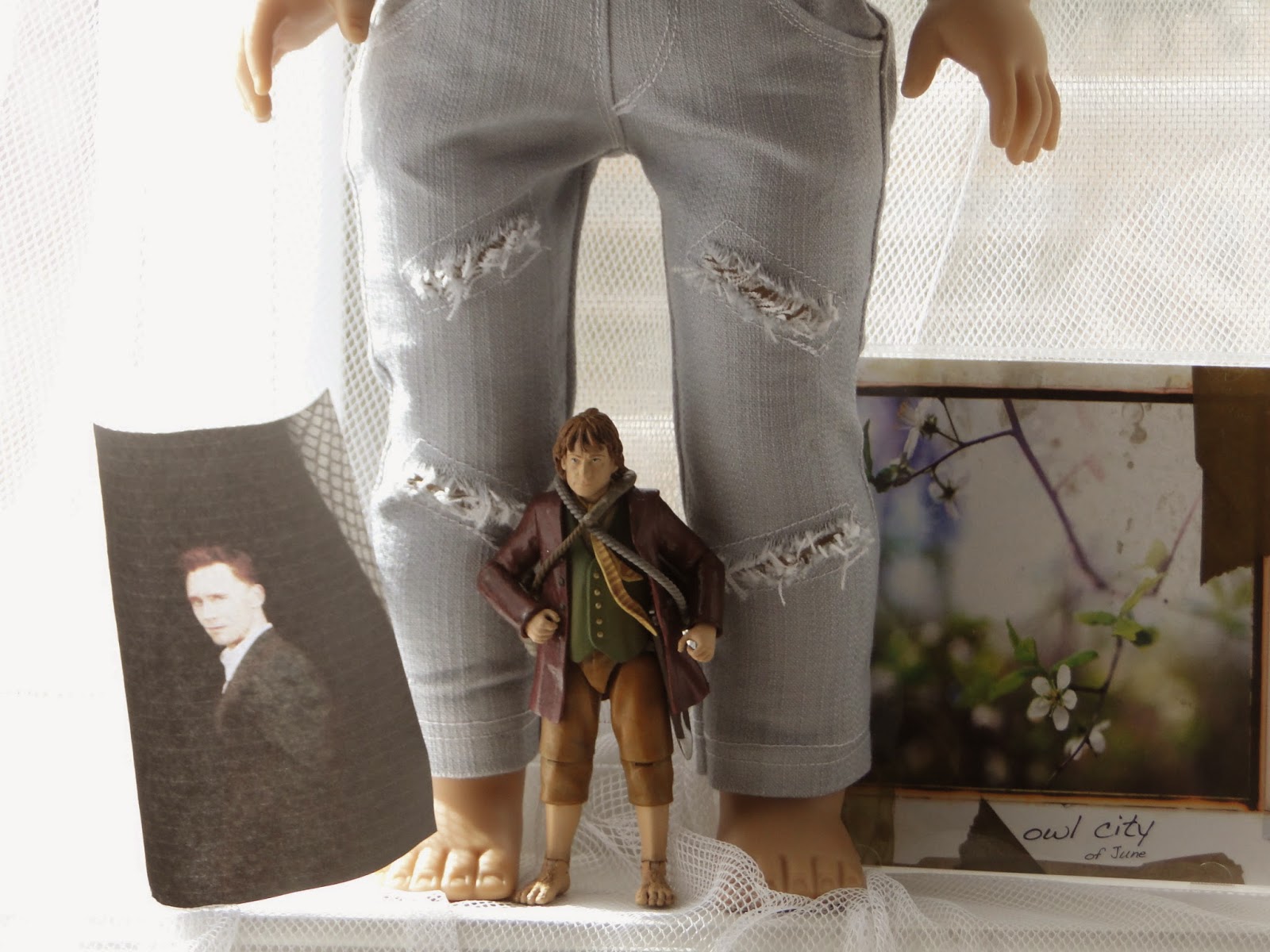 Kaya: Charlie's pretty easy to understand. She likes the Hobbit, Tom Hiddleston, and Owl City. There's not that much more to her.
Charlie: Are you saying I'm 2-dimensional or something? That I'm not a real person?!
Kaya: No... I'm just saying that you're easy to understand. You're not... complex.
Charlie: I wouldn't sleep in your bed on April Fool's Day Kaya. Unless you'd care for a trip to the hospital.
Kaya: ... 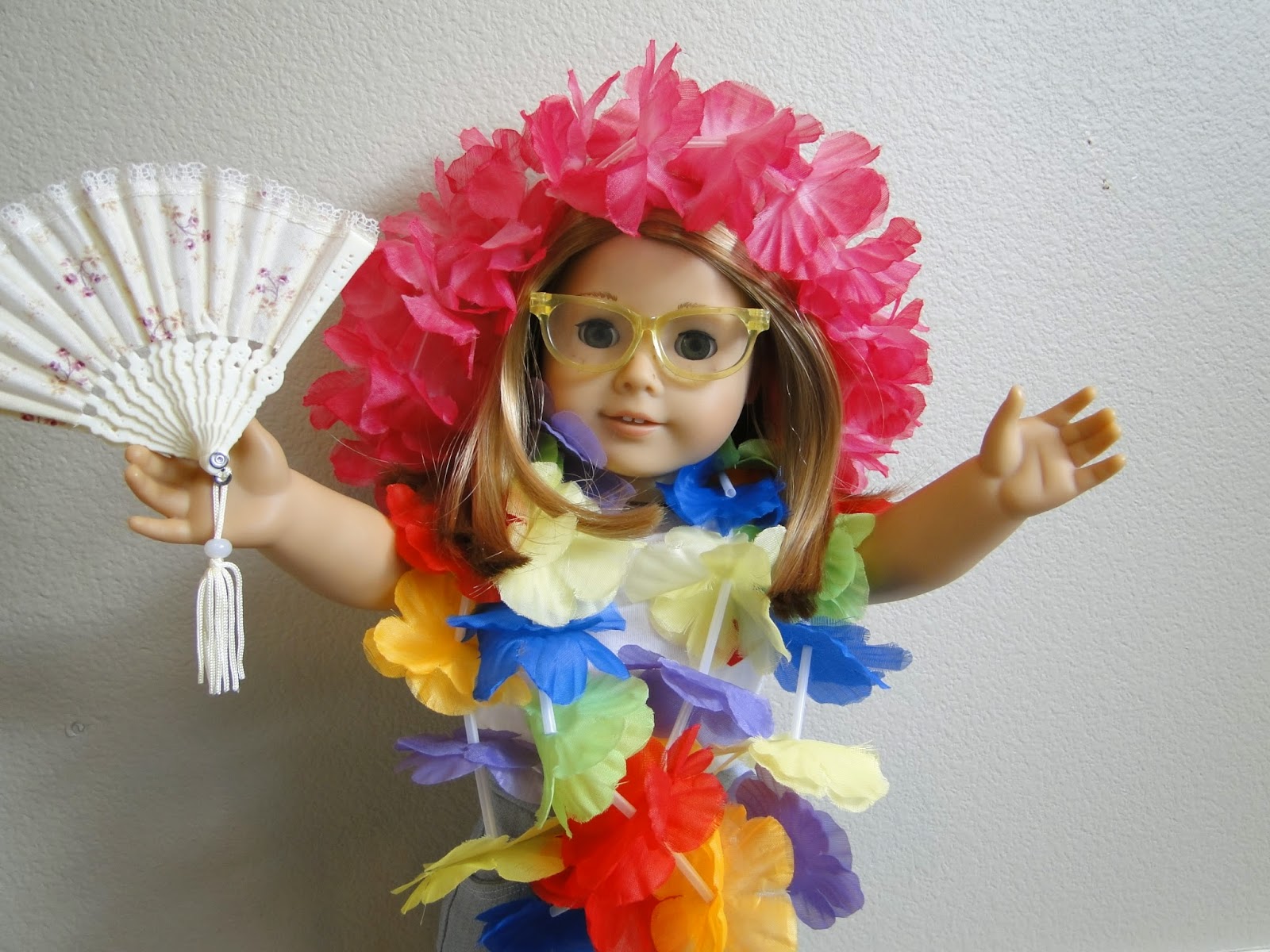 Willow: Not many people know this, but Charlie can be outrageously funny when she wants to. Honestly, she'd make an amazing comedian when she's older. The jokes she tells make me laugh so much that I not only cry and can't breathe, but I get the hiccups as well.
Marie: It's true. She's great fun to be around. Sometimes she's quiet and thoughtful, but other times she's bouncing off the walls, prodding you and telling jokes. She's wonderful. 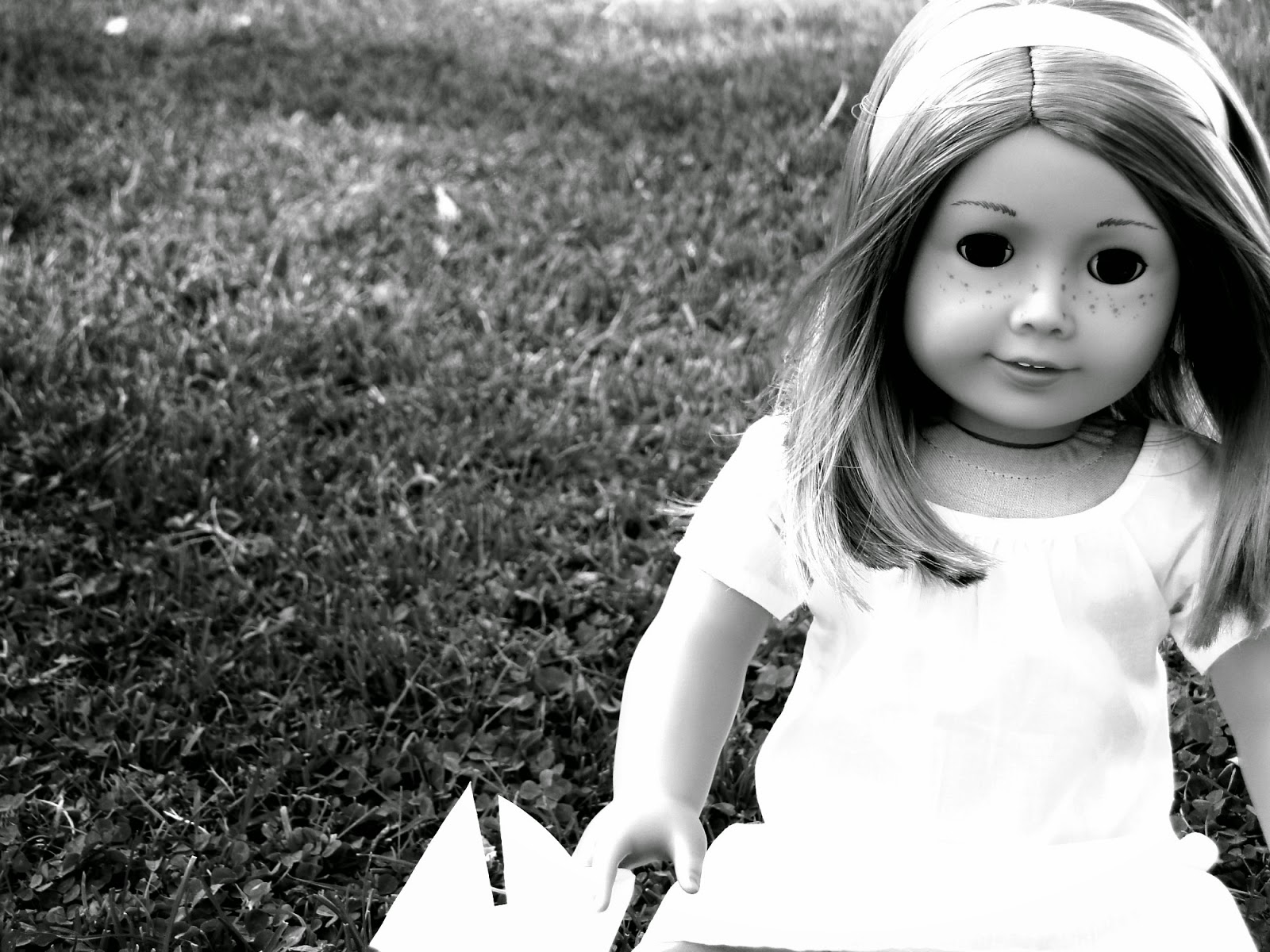 Felicity: Charlie's extremely pretty, but she's quite camera shy.
Charlie: I hated this shoot.
Felicity: Why...?
Charlie: Mum took my glasses away. I couldn't see a darn thing without them. I stumbled around like I was drunk.
Felicity: You do know we have contacts right? Not all of us are blessed with perfect eyesight.
Charlie: Would've been good if somebody (yes mum I'm talking to you) had told me that. 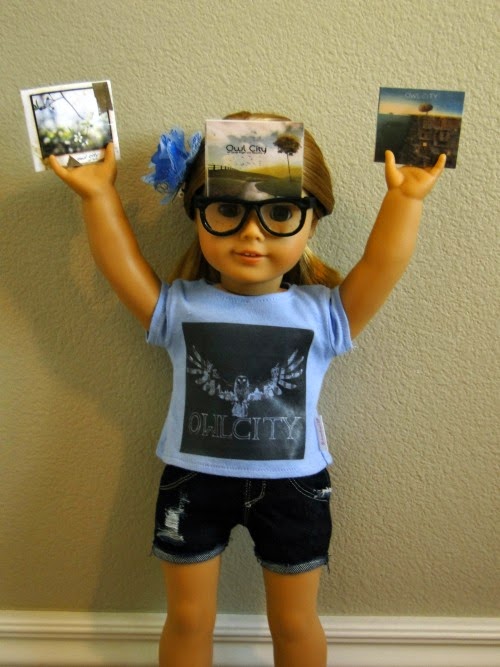 Well.
I have to restrain Charlie and MK, while Elizabeth runs to safety. Hope you enjoyed this, comment down below if you'd like me to do this again on Tuesday, and if so, let me know who you want to see featured next on Family Thoughts.
Have a great Saturday everyone. =)

Edit: Ooh, and quick note. DollDiaries is holding a photo-contest for Halloween, and I went ahead and already entered. The post hasn't been updated yet, but when it is, I'd love it if you guys could maybe just leave a nice comment on it. :) 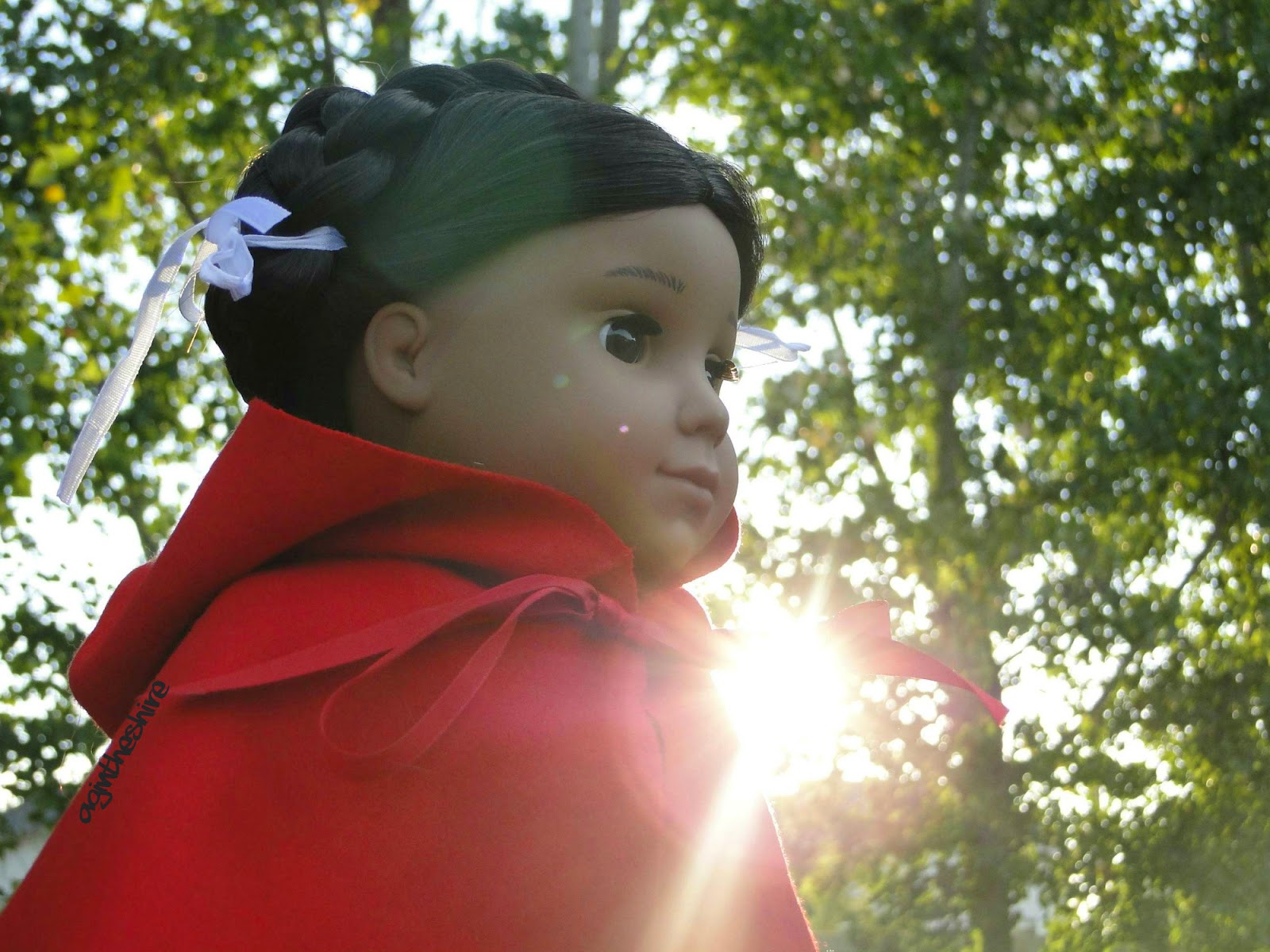 I entered this picture. =)
If you enter let me know, I'd love to see your's and leave a comment on it. :D